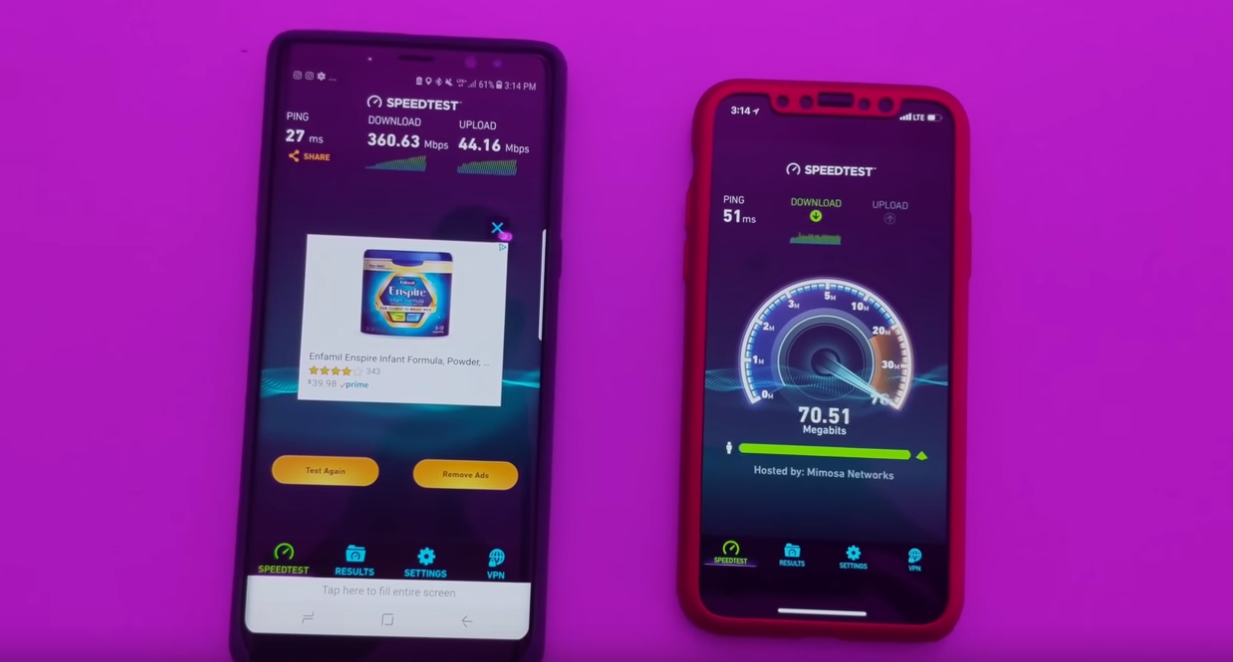 One of the most common pieces of “fan-mail” I get concerns LTE-Advanced and Gigabit LTE technologies. Generally speaking, people wonder why phone manufacturers bother advertising a maximum speed of 963Mbps when they still can’t get 10Mbps to stream video in the train on the way to work.

In reality, it’s a lot more complicated. Gigabit LTE is almost a misleading name: the point isn’t to actually get gigabit speeds on your phone; it’s to use a bunch of clever technologies to get fast, workable speeds on any phone, even if you’re miles from the tower, surrounded by other devices, and jostling for airspace.

All of this is a long-winded way of saying that yes, you should actually care that Apple didn’t include a number of gigabit LTE technologies in the iPhone X or iPhone 8 this year, even though most Android flagships launched in 2017 have those features. Sure, you won’t be seeing download speeds of 953Mbps, even if you have the latest and greatest Android phone. But thanks to Apple’s design choices, the newest and most expensive iPhones are massively slower than their Android counterparts.

Booredatwork put together a YouTube comparison of LTE speeds on the iPhone X and Galaxy Note 8, running on T-Mobile’s network in New York City and in San Jose. You should go watch the whole thing to really understand the differences in speed between the two devices, but the short version is that the Note 8 was consistently twice as fast as the iPhone X. Whether it was on a regular LTE network or a gigabit LTE test site in San Jose, the real-world speeds on the Note 8 were double what the iPhone X was getting.

Now, the difference between 50Mbps and 100Mbps might not be huge, but in a more edge case where reception isn’t quite as good, the difference between 5Mbps and 10Mbps could be massive. The sad truth is that Apple has failed to embrace the most up-to-date wireless technology available, and whatever the reason for that, the end result is that iPhone buyers are going to suffer.