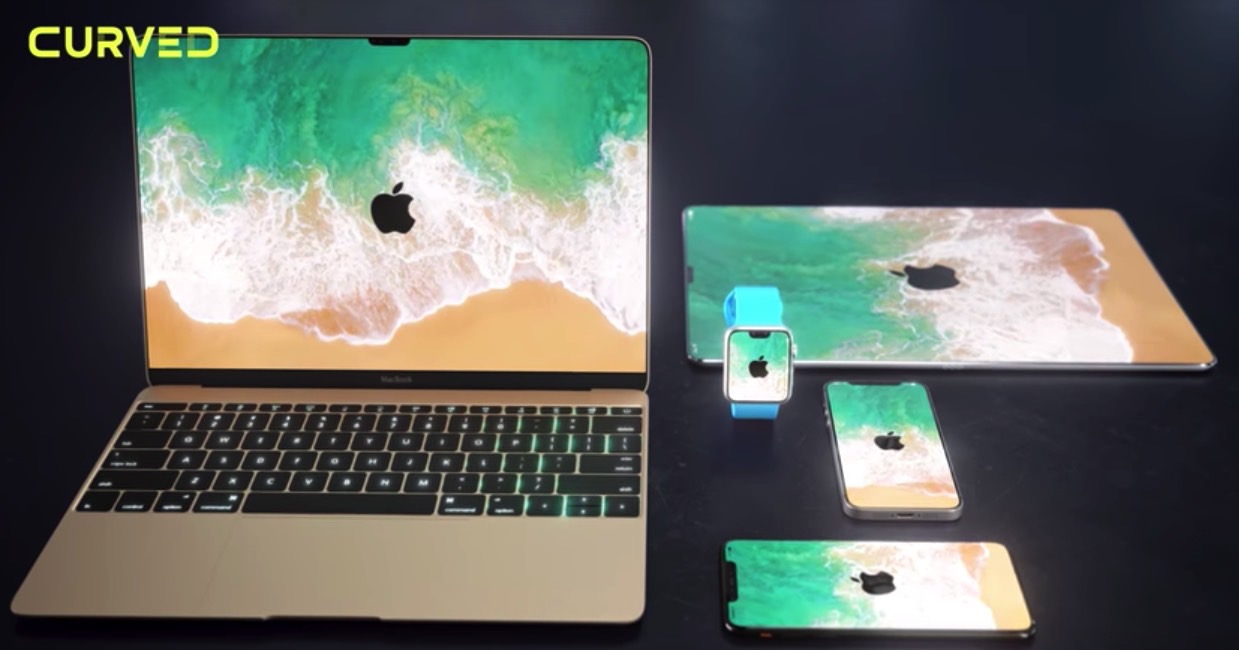 I’m not a fan of the notch, but I do understand Apple’s thinking and its desire to push out the technology right now. We’ll probably see Face ID cameras on other Apple devices as soon as Apple can significantly improve the production of the components that go into the TrueDepth camera. But thankfully, that doesn’t mean MacBooks and iPads equipped with Face ID cameras will have unsightly notches of their own.

The designers at Curved Labs imagined what other Apple devices would look like with iPhone X-like designs. What if Apple used the same bezel-less approach for the iPad, Mac, and even Apple Watch, while bringing Face ID technology to all of these devices.

As you can see in the video below, these renders look absolutely ridiculous:

The entire premise is wrong. Yes, Apple will surely want to install Face ID cameras into more products in the future. But it’s wrong to assume that it’ll use the same notch design for Macs and iPads.  That’s because tablets, laptops, and desktops already have huge displays, so going for all-screen designs isn’t necessary. Apple may further reduce the bezels on MacBooks and iPads, but it doesn’t need to shrink them so much that a notch would be required. Furthermore, just look at that MacBook concept. Notice that big bezel at the bottom? There’s plenty of room for a TrueDepth camera there.

Display size isn’t a problem on iPad and MacBook. But the only way to increase the iPhone display without also increasing its overall footprint is to eliminate bezels. Not to mention that all-screen designs like the iPhone X aren’t possible without flexible OLED screens. And it’ll probably be a while until we see OLED displays on Macs and iPads. Let’s remember that Apple doesn’t have enough OLED supply to equip all iPhones, let alone Macs of iPads.

Will the Apple Watch ever get a TrueDepth camera as the video suggests? I’ll just file that under highly unlikely for the time being.