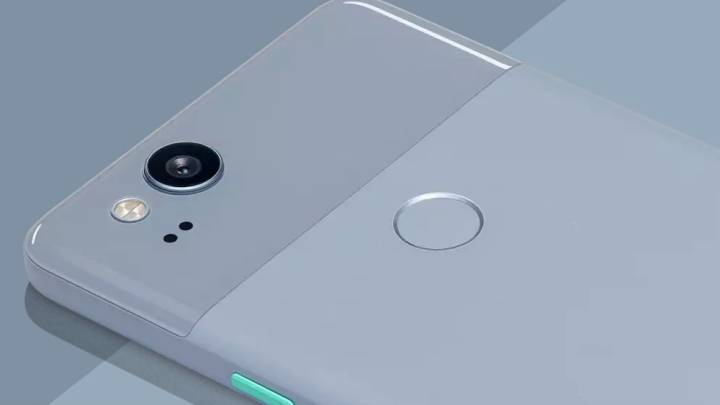 HTC called it Edge Sense when the U11 came out last year, and then Google borrowed the function for the Pixel 2 phones, changing its name to Active Edge. As the name suggests, the edge lets you squeeze the frame to trigger a response, but it’s more of a gimmicky feature on the Pixel given that there’s not much you can do with it aside from calling for the Google Assistant or mute the phone. But Apple is working on a similar feature that might be actually useful.

Yes, the iPhone might copy the Pixel for a change, but don’t be fooled, this isn’t anything like Google’s way of copying the iPhone.

First discovered Digital Trends, US patent application no. 20180164166 is titled Mobile Electronic Device with Squeeze Detection, which perfectly explains what this Apple innovation is all about.

The patent was published on Thursday by the USPTO, but it happens to be a continuation of Apple patents from 2016 and 2013, both called Force Sensing Compliant Enclosure — like I said, don’t be fooled, this isn’t Apple stealing HTC or Google’s edges.

And while the Apple “Edge” may very well call upon Siri in an actual implementation, it’ll also be a lot more exciting than Google’s. If you know Apple, then you know the company’s ultimate iPhone design is a device that’s all-screen, without any physical buttons on it. Other Apple patents also detail inventions like wraparound displays with screens that would extend around the edges. And Apple is also working on foldable smartphones of its own.

This patent seems to be laying the groundwork for this all-screen iPhone of the future, as it’ll help Apple remove physical buttons and improve the overall design.

The patent describes technology that would allow Apple to include sensors (103) in the edges of the phone, which would detect, much like 3D Touch, the force with which you’re pressing against the handset’s external walls. And the iPhone may trigger different actions based on the location of the sensors:

But wait, it gets even better than the Pixel. Say you’ve got an iPhone with a wraparound display, or an iPhone with a foldable screen. Its edges may contain such sensors. That’s because Apple’s tech could work with both housings made of metal, but also walls made of hard plastic:

That last sentence is also interesting from a different point of view. Remember Apple’s #Bendgate issue? Back then, we learned that the iPhone 6 Plus is more likely to bend right near the volume rockers. Button cut-outs in the aluminum frame were partly to blame.

And Apple may deploy these sensors in wall sections where you’d expect physical buttons — yes, Apple uses the word notch, but it means something entirely different.

A notable side-effect of a button-less design, not mentioned in the patent, would be the improvement of the iPhone’s ability to prevent water damage.

Like any Apple invention found on USPTO, there’s no telling when we’ll see it in commercial products, whether it’s the iPhone or other Apple products. if however, the iPhone will get an active edge of its own, expect others to copy it, Google included.