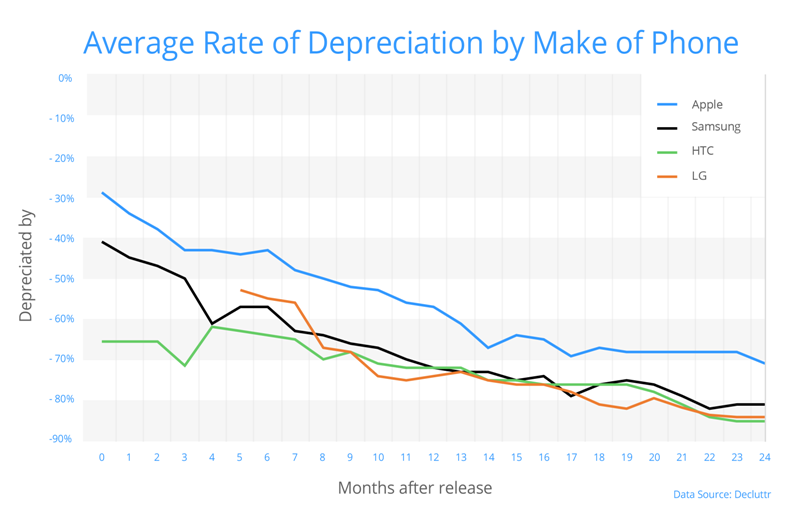 At this point, I don’t think anyone is ever going to settle the argument over what smartphone is best. iPhones are great, Samsung’s Galaxy devices are excellent when not bursting into flames, and you could even make an argument for a bunch of other Android phones to be “the best.”

But the best combination of hardware and software isn’t always the thing you should buy. I’ve written before about how I reliably upgrade to a new iPhone for $125 every year, without any special deals or promos or financing. It relies on the very slow depreciation of iPhones compared to all other devices. I’ve always found that iPhones hold better value than other smartphones, but it’s been difficult to back up my anecdotes with data, until now.

Data from phone reseller Decluttr shows how quickly phones from different manufacturers lose their value. You can see quite clearly from the chart that Apple devices (read: iPhones) lose less value than phones from any other manufacturer. Unsurprisingly, phones from Samsung do better than LG or HTC devices, and you can imagine that the smaller the brand gets, the faster their device depreciates.