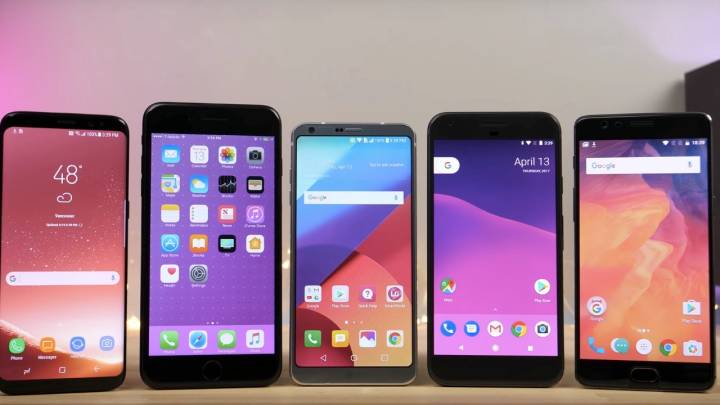 Apple showed us its vision of the future yesterday with the unveiling of the iPhone X and iPhone 8 — two exciting new phones that bring several highly anticipated features to the product line and lay the groundwork for Apple’s next decade of phone production. But that isn’t the only way Apple challenged Android this week — it also came out on top in a quarterly review of mobile device trends from Blancco Technology Group in which Android phones were more than twice as likely to fail as Apple’s iPhones.

One area where Apple is still struggling to catch up with Android is the frequency of app crashing. The latest study claims that the crashing app rate on iOS devices has jumped to 54% in the second quarter — up from 50% in Q1. Android, on the other hand, has dropped from 18% to 10% in the same time period. Blancco believes that the speed at which Apple releases OS updates might factor into this number.

The report also uncovered that Android users are far more likely to root their phones than iPhone users are to jailbreak theirs, and that over half of iPhones brought in for testing had the Activation Lock enabled.

“I was pleasantly surprised to see that over half of the iPhones that were brought in for diagnostics testing had the Find My iPhone Activation Lock enabled on them,” said Richard Stiennon, Chief Strategy Officer, Blancco Technology Group. “This indicates that iPhone users are not only becoming more aware of data privacy as a whole, but they’re also becoming more proactive in taking the necessary measures to prevent access to and exposure of their sensitive mobile data.”

As we’ve explained in previous posts, Blancco uses the term “failure” to cover a wide range of both first-party and third-party issues. Failures can be anything from Wi-Fi connectivity problems and headset malfunctions to phone reboots, third-party app crashes and more. Failure rates can fluctuate wildly from quarter to quarter, but Apple appears to have just posted some of its best numbers to date. It will be interesting to see how the release of the iPhone X affects the failure rate in the months to come.