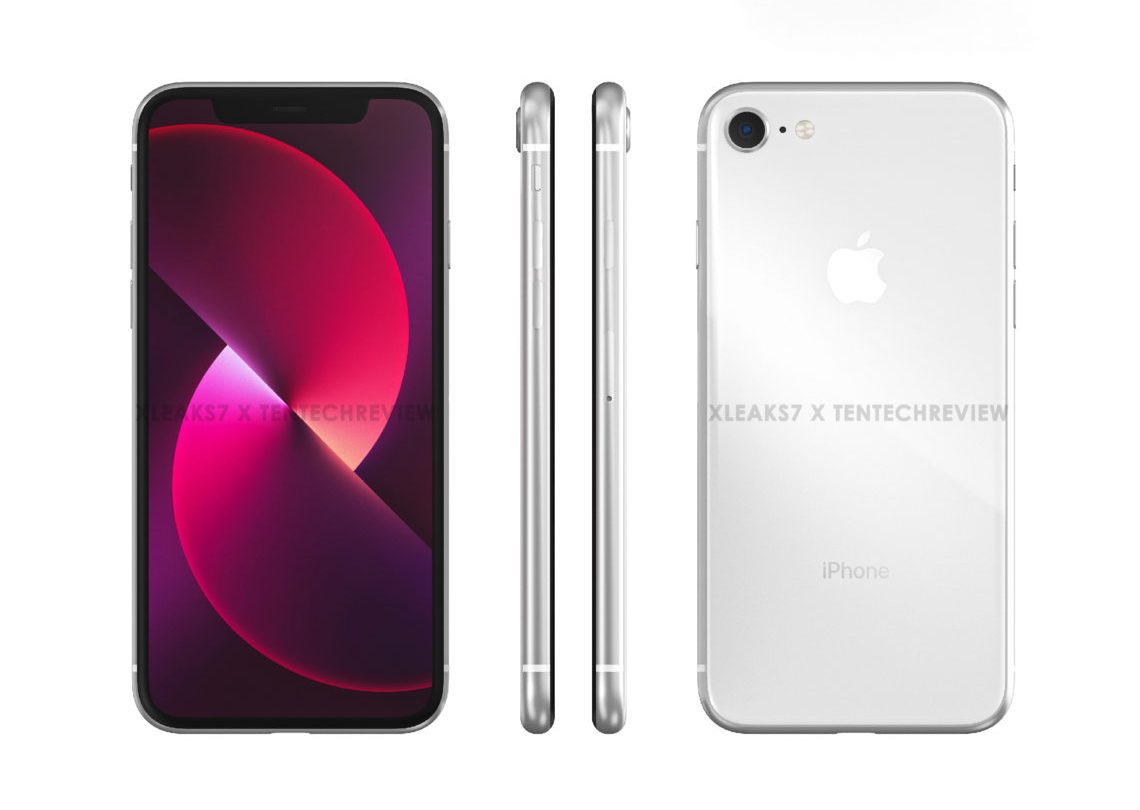 Rumors and leaks suggest that the third-generation iPhone SE will be Apple’s first major hardware release of 2022. In recent weeks, the reports have begun to converge. The consensus now seems to be that Apple will forgo a significant design overhaul this year. The iPhone SE 3 will supposedly have upgraded internals, but look the same as the 2020 model. But the speculation never ends until Apple makes the new phone official. And that won’t happen until later this spring. That may help to explain why a new set of iPhone SE 3 renders show off a device with a completely different design.

This week, TenTechReview shared new iPhone SE 3 renders from leaker David Kowalski (@xleaks7). Kowalski claims the renders are based on leaked CAD drawings and dimensions. From the rear, the next iPhone SE looks virtually identical to the 2020 iPhone SE, complete with a single camera lens on the rear. The dimensions are also reportedly the same, with the iPhone SE 3 measuring in at 138.4 x 67.3 x 7.3 mm. But when you flip the phone over, you’ll see a far more modern look.

On the front, we see that Apple has apparently ditched the huge bezels and the Home button in favor of the notch. In totality, the device in the renders looks more like an iPhone XR than any other iPhone model. The only difference is that the iPhone XR was significantly larger, featuring a 6.1-inch display. Meanwhile, TenTechReview claims that the new iPhone SE will have a 5.69-inch screen.

TenTechReview also includes a rather significant caveat in its report, noting that Kowalski’s source says that “the notch isn’t still 100% confirmed.” Considering that this is the only recent leak suggesting the display will have a notch, that’s not a very reassuring stipulation.

For a while, there was a great deal of disagreement over the iPhone SE 3. Some sources believed that Apple would give its budget smartphone a makeover in 2022, while others claimed that the company would wait at least another year or two before updating the design of the iPhone SE.

Now, everyone appears to be on the same page. Analysts Ming-Chi Kuo and Ross Young, Bloomberg’s Mark Gurman, and Macotakara all now believe that the third-generation iPhone SE will feature a 4.7-inch display with a Home button, just like the last model in 2020.

The changes will all be internal, as Apple will reportedly bring the A15 Bionic chip from the iPhone 13 series and 5G support to the iPhone SE 3. It will be a significantly more capable smartphone than its predecessors, but it will still look just like an iPhone 8 from 2017.

As for the iPhone SE 4, Display Supply Chain Consultants CEO Ross Young heard last April that Apple’s 2023 model will have a 6.1-inch display and a hole-punch cutout for the selfie camera. That was before rumors of a pill-shaped cutout began to spread last fall.

Apple will reportedly reveal the iPhone SE 3 at a virtual event as early as March.