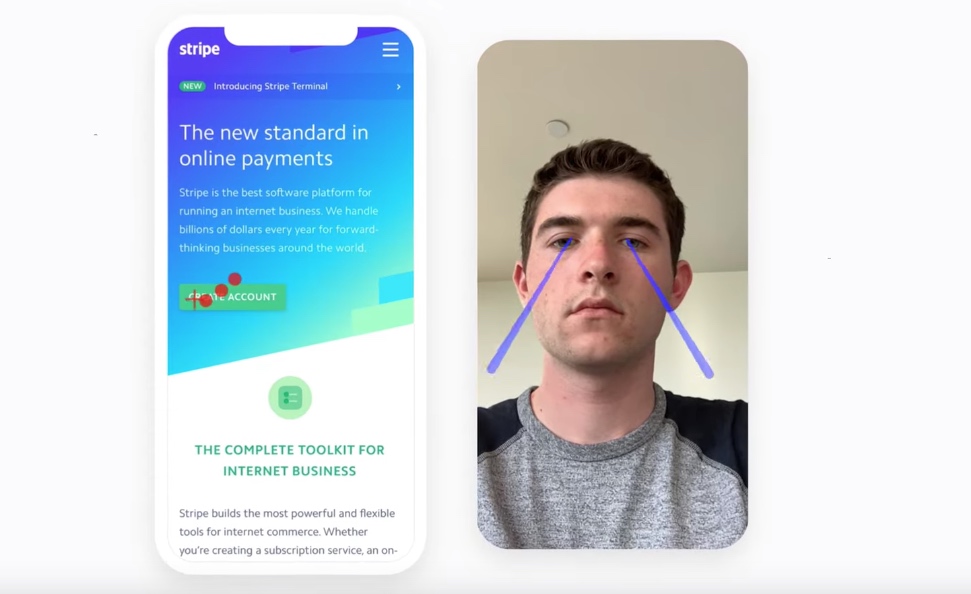 A few years back, Samsung made an effort to popularize an ‘eye-tracking’ feature on its line of Galaxy flagships. It was a novel idea, but it didn’t exactly take the world by storm. While such a feature didn’t quite resonate with a mainstream audience, that’s not to see that there aren’t use-case scenarios where eye-tracking software can be incredibly useful.

To this point, developers at Hawkeye Labs recently demoed a video that illustrates how iOS users can control an iOS device using solely their eyes. As evidenced below, iOS users can use Hawkeye Labs’ technology — which relies upon Apple’s TrueDepth camera — to browse the web completely hands-free.

Aside from being a cool demo, representatives from Hawkeye Labs note that “for people with motor impairments, this makes browsing the web much easier.” Additionally, the software can detect signals to allow users to go back to a previous page or even return to the iOS home screen.

Now, of course, you might naturally be wondering how the software allows users to select a given item. After all, it’s one thing to allow a user to scroll through a web page, it’s another matter entirely to allow a user to click on a link. Addressing that issue, the software can register a selection when it detects a  smile or an exaggerated blink.

The video above initially hit the web last October and, not surprisingly, became one of the more popular products Product Hunt on the day it was posted.

Today, the app can also be used to help third-parties conduct eye-tracking tests on their software to better determine how users are using a given app.

Interestingly, the initial iteration of Hawkeye Access was put together at WWDC by a scholarship winner named Matt Moss. Moss continued to refine the software and it is now available for download in the App Store. Of course, you’ll need an iPhone with a TrueDepth camera to enjoy it.