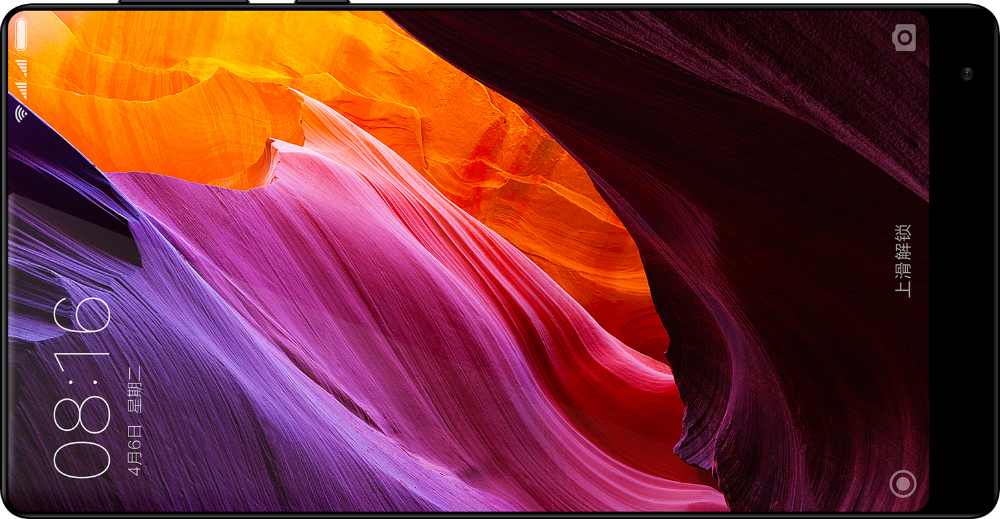 Apple and Samsung are both reportedly working on all-screen new smartphones for next year. Samsung will be the first to market with such a design, as the Galaxy S8 is already rumored to feature a display that occupies more than 90% of the phone’s front side. Apple’s iPhone 8 is also expected to ditch the home button and incorporate the fingerprint reader and other front-facing sensors into a next-gen screen next year. In fact, Samsung’s own Galaxy S8 design might be based on some of these iPhone 8 rumors.

Until these flagships arrive, the Apple of China released a concept phone that features an all-screen display and a ceramic body. And it turns out the handset’s innovative screen — the first to hit the market, according to Xiaomi’s marketing — isn’t shatter-proof.

A user in China dropped the handset from his hand, Xiaomi Today reports. The Mi Mix phone landed on a hard surface, and the damage is pretty extensive. Both the screen and the body shattered in the corner where the phone landed — see the following image.

Does this mean that Apple’s and Samsung’s all-screen phones will also crack in a similar manner? Not at all, I’d dare to venture.

We’re yet to see extensive drop tests for the Mi Mix, so the phone might be able to survive some accidental drops. But then again, the phone is labeled a “concept,” meaning that Xiaomi isn’t ready to sell a final version of the phone. The company may have rushed to bring the concept to market well ahead of Apple and Samsung just to make a point. That it can out-innovate its biggest rivals, especially as it’s constantly called out for its clones.

It’s likely that Apple and Samsung will make their phones more durable. Well, at least Apple will. After all, Apple doesn’t release products until it thinks they’re ready for mass consumption. And that means an all-screen iPhone has to be able to survive drops. As for Samsung, the Galaxy Note 7 scandal will probably put a lot of pressure on Galaxy S8 quality assurance.