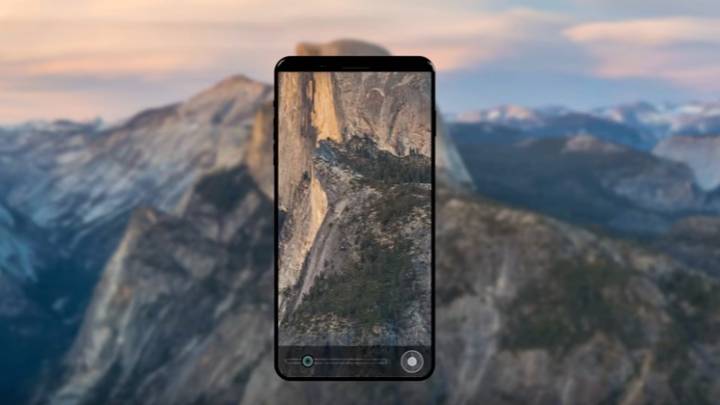 The iPhone 8’s starting price is likely to reach and even exceed $1,000, various reports have said. The phone’s new design and features will force Apple to spend more money on certain components and manufacturing, including OLED displays, and that cost increase might be passed on to the buyer. Analysts already expect the iPhone’s average selling price to soar later this year, fueled by strong iPhone 8 sales.

But it turns out that Apple may not be the only company that’ll spend more money on certain components. Android device makers are expected to match some of the iPhones key parts, which might be good news for Android fans.

A new report from research firm TrendForce says that prices for key components including DRAM memory, NAND Flash storage, and AMOLED panels will continue to climb this year. Apparently, smartphone makers are looking for better parts when it comes to RAM, storage, and screens, facing tight supplies.

OLED screens are already getting more prominence as Apple and Samsung are expected to divide most of the available supply, which will be manufactured by Samsung Display. While OLED prices are projected to remain high in the second half of the year, LCD prices are going down. TrendForce says that both OLED and LCD production will see growth this year.

Other components that might be in tight supply this year include RAM memory and storage.

The report notes that numerous smartphone vendors are adopting faster LPDDR4X memory, which is more efficient but not more expensive than the LPDDR4 kind. Tight RAM supply is expected to keep pushing up the price of memory this year, which will see an average increase of 10% compared to last year.

Storage costs will also increase, as handset makers are looking to adopt faster, higher-capacity storage modules for their handsets this year. The report notes that eMMC and UFS memory prices are going up, partly fueled by Chinese smartphone vendors who are looking to match storage specification of their devices with the iPhone. That means more flagship devices will move from 32GB/64GB storage options to 64GB/128GB.

Smartphone makers are also expected to upgrade the storage on mid-ranged and low-tier devices. Furthermore, TrendForce says that UFS will become more popular than eMMC. Prices for storage modules will also go up this year. UFS memory is expected to see a sequential hike of 5-10% for the second quarter and continue to soar in the second half of the year.

While phones may be getting better, they might also get slightly more expensive. Handset makers will struggle to keep prices down and keep their margins, which are already a lot lower than Apple’s.