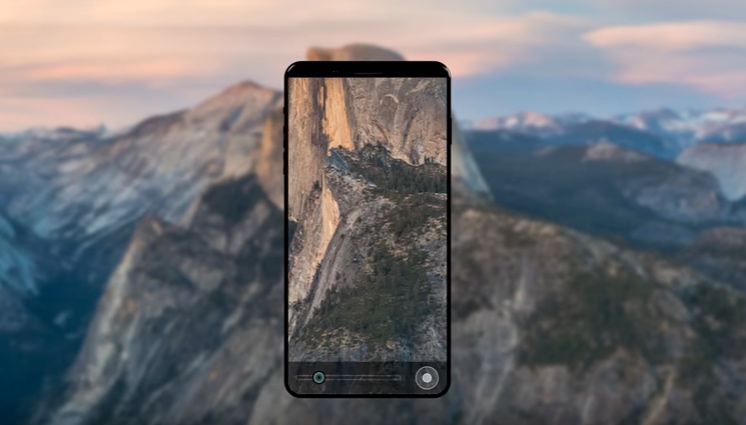 Apple will release three new iPhones this year, including the iPhone 7s, the iPhone 7s Plus, and the iPhone 8. The last one will be the iPhone everybody wants, thanks to a fresh new design and a bunch of features never seen before in an iPhone. There are various leaks that seem to be in agreement on what the iPhone 8 will have to offer, but not all of them agree on the product’s commercial name. iPhone 8 is the most popular moniker people use, but we’ve also seen a bunch of additional names including iPhone X, iPhone Pro, and iPhone Edition.

Ultimately, it doesn’t really matter what the most anticipated smartphone of the year is called. But a new report suggests Apple may have already told us the iPhone 8’s real name.

A recent Forbes piece suggests that the iPhone 8’s name may be already be known, assuming you can interpret Apple’s recent actions.

Currently, Apple is in the process of rebranding several product lines. There’s MacBook Pro and MacBook for laptops, with the MacBook Air line having been discontinued. The iPad Air was killed too, so you can currently shop for iPad or iPad Pro — though an iPad mini continues to exist in the Apple store.

Using the same logic, Forbes argues that Apple might begin killing off iPhone numbers this year. The iPhone 8 may simply be known as iPhone alongside the iPhone 7s series. Or Apple could use the “iPhone Pro” moniker to define the iPhone 8, and then simply refer to every other iPhone it’ll sell as iPhone. We would have iPhone SE, iPhone, iPhone Plus, and iPhone Pro.

While this makes sense in some ways and the iPhone’s name might be better off without the numbering scheme, there are several gaping holes in this logic. For example, Apple would still have to find a way to differentiate older iPhone models. Every year, Apple continues to sell the previous year’s iPhone models right alongside the brand new ones.