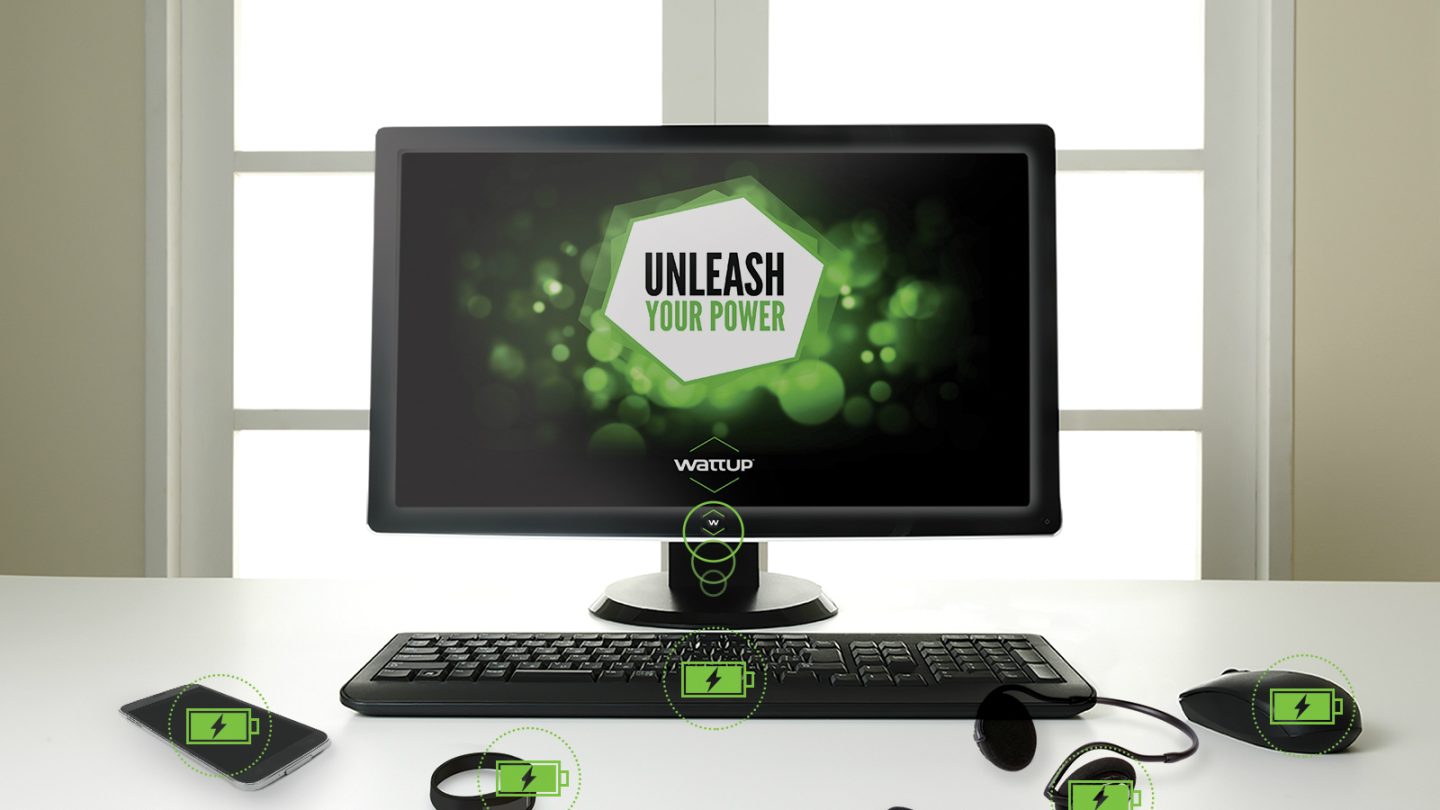 The iPhone 8 could have a truly exciting feature, a trick no other smartphone will have to offer: truly wireless charging. At least, if certain rumors are to be believed. WattUp technology, developed by Energous, lets you wirelessly recharge supported devices from across a room, without needing to place them on a charging mat. At CES 2017, Energous displayed some upcoming devices that can use its technology. Unlike in previous years, these are actual products that users will be able to purchase soon after CES.

Unfortunately, these first products won’t be as thrilling, as the technology only works at a distance of just a few inches rather than up to 15 feet. The Chipolo Plus Gen 2 and Chipolo Stickers are wireless tracking devices that can be used to track things around the house — and it’ll recharge wirelessly.

Other products that pack Energous WattUp technology include a CVR Global medical diagnosis device, a wireless smart ID card from SK Telesys and a waterproof hearing aid from the same company. A 700 mAh PERI MicroPack phone chargers and a smart pen (the Prism Pen) that will also support WattUp charging were announced at CES 2017, and will be rolled out in the coming months.

These devices will ship with WattUp transmitters packed in the box. The transmitters will beam RF waves toward a compatible gadget, which will house a special chip inside capable of converting them into electricity and recharge the battery. These aren’t exciting products per se, but they’re meant to showcase the possibilities of this exciting wireless charging innovation.

What’s interesting about Energous is that it still says it has a “tier one” partner that it called “one of the top five consumer technology companies in the world.” All evidence points to Apple being that partner, although nobody from either company will confirm it.

According to Engadget, the next phase of the WattUp rollout will come towards the end of the year, when the company will launch medium-range transmitters that could cover an entire desk. The 15-foot transmitters that make wireless charging possible from across the room will launch in the first half of next year. The site notes that all of the devices released this year with WattUp support will also work with the company’s long-range transmitters once they’re released.

LAS VEGAS, NV., January 4, 2017 – Energous Corporation (NASDAQ: WATT), the developer of WattUp®, a revolutionary wire-free charging technology that provides over-the-air power at a distance, today announced that multiple partners will be unveiling products incorporating WattUp wireless charging at CES 2017 in Las Vegas. Energous is paving the path for its vision of a ubiquitous wireless-charging ecosystem and these partner installations represent a significant feat in terms of market readiness and adoption, consumer demand and ecosystem development.

“Consistent with our business forecast, five consumer product companies and one medical device company will be unveiling WattUp-enabled products at CES. This is yet another major milestone for Energous that puts the company squarely on the path to generating significant revenues in 2017,” said Stephen R. Rizzone, president and CEO of Energous. “Working with these innovative and agile partners, as well as a number of others who will be making similar announcements in the coming months, represents the first phase of our vision of building a WattUp ecosystem that will fundamentally change how people charge many different electronics including mobile and IoT devices.”

Devices integrated with WattUp receiver technology can seamlessly transition from being charged by small, contact-based, portable transmitters, to forthcoming larger transmitters that offer charging at-a-distance of up to 15 feet. This scalable technology creates an ecosystem of products that are compatible, complimentary and provide seamless charging experiences at home, in the office, in the car and beyond.

Partner products being unveiled at CES include:

o Chipolo Sticker is the world’s smallest wireless tracking device, which is perfectly suited for items that have a smaller surface area. The technology will also be equipped with a wireless charging feature from WattUp.

· CVR Global Inc./CVR Medical Corp.
o CVR Medical Corporation in conjunction with CVR Global Inc., will be showcasing the Carotid Stenotic Scan (CSS), its patented and sub-sonic sound analysis technology that detects and diagnoses atherosclerosis and stenosis within the human arterial system, quickly arming clinicians with information to assist in improving clinical outcomes related to cardiovascular disease. The WattUp receiver technology will be integrated into the device’s sensor array, while the cart, which will contain the charging cradle, will contain the WattUp transmitter technology.

· PERI
o PERI MicroPack provides a rapid 700mAh charge to any micro-USB port, and is the first-ever power dongle that can be recharged wirelessly.

“Energous is at the forefront of the wireless charging movement with technology that is poised to change the way we interact with and use gadgets,” said Tadej Jevsevar, CEO and co-founder of Chipolo. “Integrating the WattUp technology into Chipolo Plus Gen 2 and Chipolo Sticker is extremely valuable as it enables us to continue to make our products more user-friendly and gives us a leg up over competitors. We are thrilled to work with a company that shares our commitment and vision in challenging the ordinary and finding simple solutions to everyday problems.”

Energous Corporation is the developer of WattUp® — an award-winning, wire-free charging technology that will transform the way consumers and industries charge and power electronic devices at home, in the office, in the car and beyond. WattUp is a revolutionary radio frequency (RF) based charging solution that delivers intelligent, scalable power via radio bands, similar to a Wi-Fi router. WattUp differs from older wireless charging systems in that it delivers contained power, at a distance, to multiple devices — thus resulting in a wire-free experience that saves users from having to remember to plug in their devices. For more information, please visit Energous.com, or follow Energous on Twitter and Facebook.