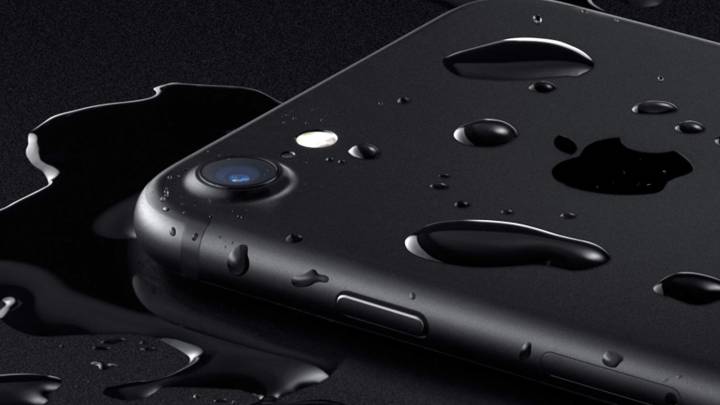 When Apple unveiled the Apple Watch Series 2 during the company’s big press conference this past September, one of the highlights of the presentation was when Apple announced that the new model is so water-resistant that users can actually shower and swim with it. Apple went into some detail about the water-proofing process it used, and the company discussed a challenge that presented itself: what could be done about water that got into the Watch’s speaker cavity to prevent it from distorting the sound? The answer ended up being a combination of a sensor to detect water and a special tone played by the speaker that actually pushes the water out of the speaker cavity.

It’s a very cool solution indeed, so why wasn’t it also implemented on the water-resistant iPhone 7 and iPhone 7 Plus?

Apple’s new iPhone 7 and iPhone 7 Plus are the most water-resistant iPhones yet. They’re rated to survive for 30 minutes under 3 feet of water and come out unscathed, but tests have shown that they can actually last longer than that at even greater depths. Of course, Apple doesn’t encourage people to use their new iPhones in water, but people will obviously throw caution to the wind now that the iPhone is officially water-resistant.

One Redditor who took his iPhone 7 into the shower to listen to music noticed that water got into the speaker cavity and distorted the sound. Rather than wait for it to dry out, he had an idea: Why not force the water out with sound?

Using a free iPhone app called Sonic, Reddit user “PointlessPankcake” was able to push water out of the speaker cavity using the same concept as the Apple Watch Series 2 speaker. By playing a sine wave at a specific frequency — in this case, 165 Hz — he was able to eject moisture away from the speaker. In fact, according to his post on Reddit, he was actually able to watch as little drops of water came “bouncing out of the speaker.” Then a quick wipe with a towel or any other absorbent material will remove the resulting surface water.

Download Sonic from the App Store right here and see for yourself.