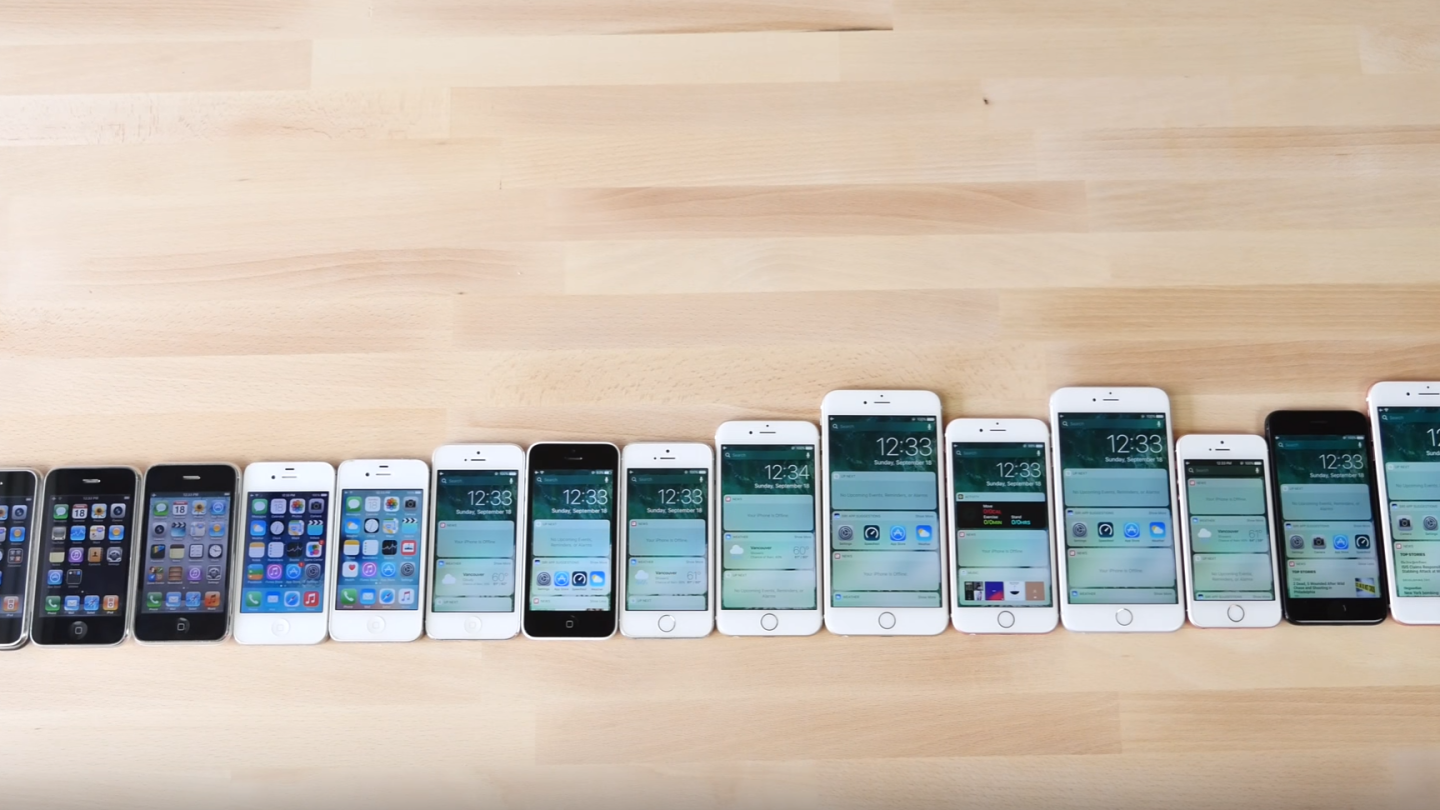 We’re coming up on 10 years of iPhones now, which means there’s a lot of old models out there to play with. Sure, we’ve seen how the iPhone 7 measures up against the Galaxy S7 and LG G5, but how does it compare to the older generations?

YouTube channel EverythingApplePro put every model of iPhone from history up against the other in a series of tests, mostly to showcase the differences in hardware from year to year. It also serves as an excellent reminder that sometimes, upgrading to the latest version of iOS on an older phone is not a great idea.

I remember when I got my iPhone 4, sitting down and flipping through menus felt unbelievably fast. But with just a couple years’ change, everything looks so slow no. And the camera! Doing a low-light test skews the results in favor of newer phones, since that’s where a lot of the improvement in camera technology has been in the last few years. But the results still speak for themselves.

The boot-up test, and even just comparing the camera apps side-by-side, shows how much faster the newer iPhones are in every single respect. But to really grasp the improvements in processing power, it’s worth remembering how low-resolution the original iPhone was compared to the iPhone 7; not only is the new iPhone faster, it’s faster while pushing many more pixels.