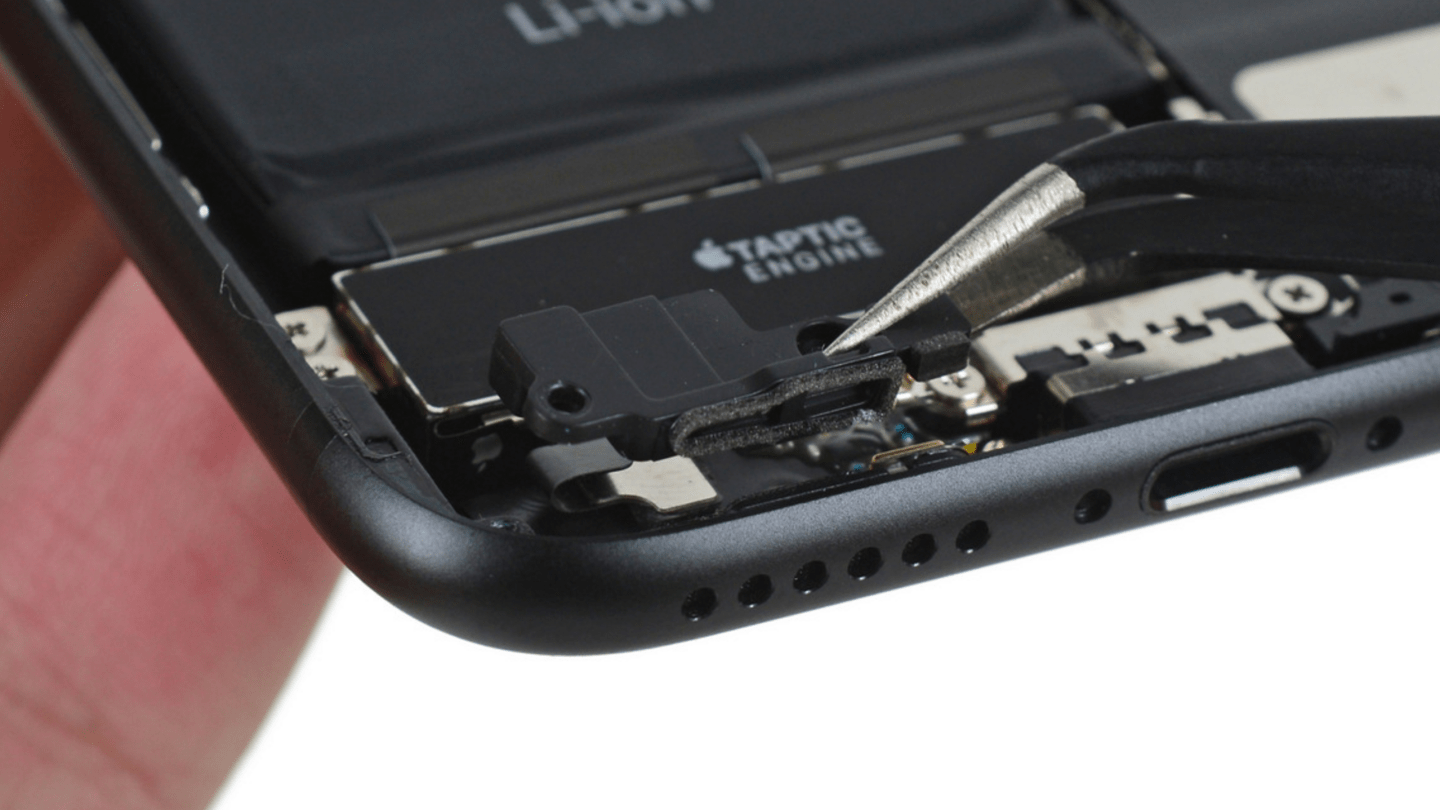 As is iPhone launch day tradition, the good folks over at iFixit have already taken a brand-new device and ripped it to shreds for your sick satisfaction. None of what’s inside is particularly unexpected, but one odd device is raising some eyebrows.

Where the headphone jack used to be, Apple has put a piece of plastic. There’s no really good way to sugarcoat this, other than to say it looks… kinda important?

One of the first things iFixit discovered was the “audio baffle,” a piece of plastic that sits where the headphone jack used to be. The teardown specialists currently think it’s there to channel sound or improve waterproofing, but either way, no one is quite sure what it’s for. It also confirms that the new second speaker grill at the bottom is solely cosmetic, as there’s no speaker behind it.

The battery also gets marginally bigger, and the Taptic Engine takes advantage of the lack of headphone jack to get a little pudgier.

There’s also some fantastic new details that show how Apple has managed to waterproof the 7. For example, the SIM port no longer has a full hole where you push out the tray. Instead, you use the pin to push on another pin, which pushes out the tray. Elaborate, but very waterproof!

No repairability score is out yet, but it seems like the waterproof iPhone 7 isn’t as hard to fix as everyone thought it would be. You’ll still need to deal with adhesive and proprietary screws to get inside, but replacing the screen or the battery (the two most common fixes) are much simpler. And, with the home button no longer a moving part, fewer things should break in the first place.