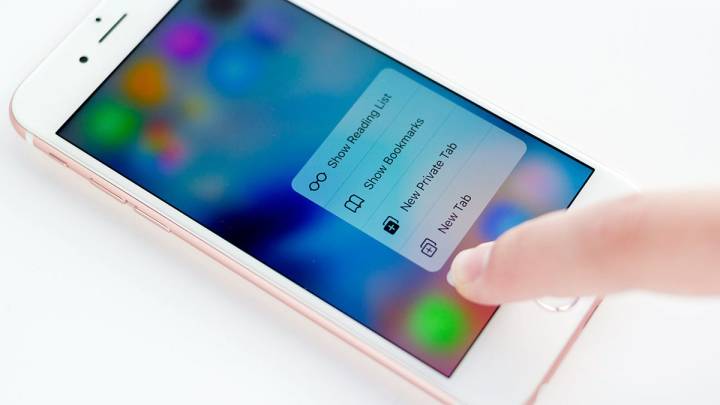 iPhone 7 reports were bound to start flying at this time of year, with most of them agreeing on the phone’s most important features. Far from being confirmed, the iPhone 7 is supposed to be thinner than predecessors, featuring a redesigned antenna system and no standard headphone jack. A premium iPhone 7 Plus model is expected to have a dual lens camera, and this year’s high-end iPhone is also rumored to pack a keyboard-friendly Smart Connector just like the iPad Pros.

But a new report also suggests another key feature is getting a makeover, and it could pave the way for a future major iPhone redesign.

SEE ALSO: My iPhone screen is bigger than your HDTV, but it still fits in my pocket

The home button on the iPhone 7 might be touch-sensitive, according to Digitimes. That means the button might be flush with the rest of the phone’s face. This might not seem like a significant upgrade, but it most certainly would be.

This type of home button design might be a transition from the standard home button available in current iPhone and iPad models to a buttonless design in the future. The features offered by the home button could be replaced by a combination of touch actions, including 3D Touch gestures, as soon as Apple integrates the Touch ID fingerprint sensor with the screen. The fingerprint sensor is a core iPhone feature that won’t go away anytime soon — Touch ID lets you unlock the iPhone, purchase items Apple Pay and more.

That said, there’s no confirmation Apple is indeed going to modify the home button design in the iPhone 7, but we have every indication that the company intends to ditch it entirely in the future.

As MacRumors points out, a patent awarded last month indicates that Apple might already be working on such technology. By using a Liquidmetal mechanism, the home button could depress when touched, then revert to normal shape – which would be flush with the rest of the handset’s face.