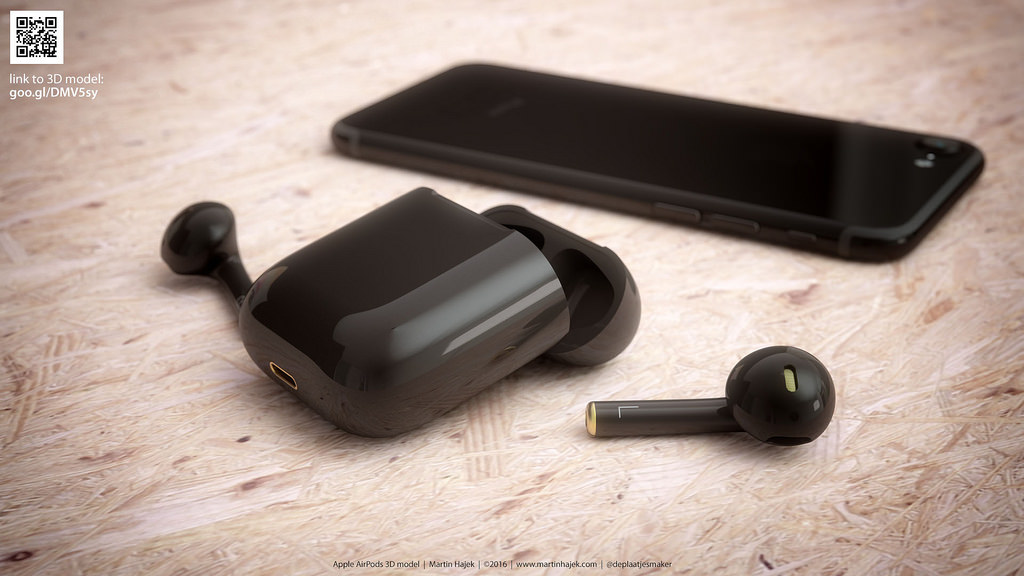 Based on the reviews, Apple has another pair of winners on its hands with the iPhone 7 and iPhone 7 Plus. The two phones might look nearly identical to last year’s models, but with updated cameras, faster processors and a missing headphone jack, there are plenty of significant changes to attract potential upgraders.

There’s also a new accessory—AirPods—which have been far more divisive than the lack of headphone jack so far. Generally, reviewers seem to be keen on the wireless headphones, but there is one glaring mistake…

MUST SEE: No contest: The iPhone 7 is the fastest smartphone in the world

Now that the iPhone 7 has been unveiled, designer Martin Hajek doesn’t have to make mockups of the phone any more, but that hasn’t stopped him from giving a welcome visual refresh to the phone’s most important accessory.

Here are Hajek’s 3D renderings of the jet black AirPods, which really should exist:

The new jet black color option has proven to be just as popular as the rose gold option last year, so why not slap it on the AirPods as well? Sadly, Apple didn’t, so we’ll just have to stare longingly at Hajek’s models for now.

Once you’re done staring, why not see how fast the iPhone 7 really is? You can also find out how to get an iPhone 7 on launch day without a preorder, if you like.