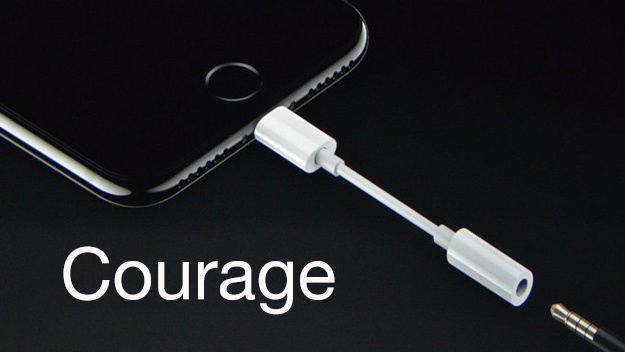 Apple, September 7th: “It takes courage to kill the headphone jack, but it’s fine, because you can just connect to everything with Bluetooth!” Uh, about that.

Numerous reports are coming in saying that the iPhone 7 has big problems connecting to in-car Bluetooth. Problems range from BMWs to Kias to my own Ford, and include audio cut-out or problems connecting. Given that I can’t use the aux-in cable and also charge my phone, this is a very real problem.

Commenters have cropped up on Reddit, Apple’s official support forums, and the MacRumors forum. Going off the number of complaints, it seems like BMW, Kia and Ford vehicles are all having repeat problems connecting, while some users are complaining about intermittent issues with Bluetooth speakers.

BMW has confirmed that there is an issue, saying in a statement that “at this time, the Apple iPhone 7 is not an approved device for our vehicles until testing has completed. We do not currently have an estimated time frame regarding the completion of iPhone 7 testing. Please continue to look for an update from Apple for a new iOS and our update website to help resolve your concerns: http://www.bmw.com/update.&#8221;

It’s not uncommon for brand-new phones to have Bluetooth connectivity issues, although a problem that causes audio to cut out (what I’ve been experiencing in a car with an (admittedly dated) Ford Sync system) is more serious than most.

More than anything else, this really highlights why Apple may have been premature in killing the headphone jack. Bluetooth is fantastic when it works, but it’s still a glitchy and inconsistent standard. The very idea that BMW needs an “approved list of devices” goes to show that it’s not reliable enough to be the only audio connection standard.

Cars are also the worst place for the iPhone 7’s Bluetooth to be malfunctioning. You can’t even use your stupid dongle to plug in, because streaming music while also using Maps will eat through your battery life in ten seconds flat, and you can’t charge the iPhone 7 while also listening to music.

Hopefully, Apple will get around to fixing this problem soon, although even the latest version of iOS 10.1 beta doesn’t fix it for me. But more than anything else, this just goes to show that while removing the headphone jack might be “courageous” in Cupertino’s perfect testing environment, in a four-year-old car that hasn’t had a firmware update in years, courage looks very different.