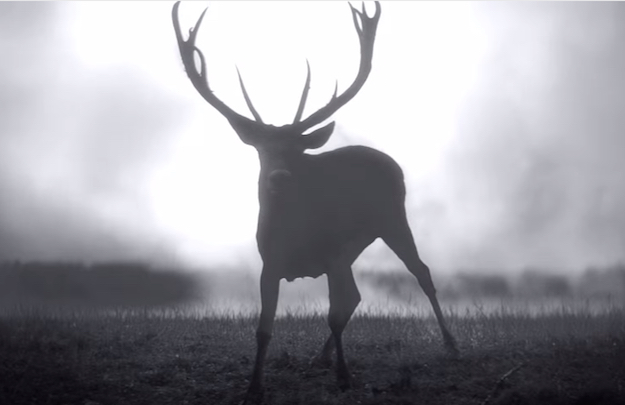 Apple’s advertising is usually on point, but their most recent commercial touting the upcoming iPhone 7 is a head-scratcher, to say the least. In a 30-second black and white ad that would seemingly feel right at home as part of a college film student’s senior portfolio, we don’t really learn much about the iPhone 7 aside from subtle hints that it’s water resistant and capable of haunting our dreams.

It’s a good thing that the commercial begins with “iPhone 7” text scrawled across the screen because otherwise viewers wouldn’t have the slightest clue as to what in the world they’re watching. To this point, the ad features an owl head, rippling eyeballs, a startled and ominous looking deer standing in a misty fog, spotlights, rippling water, a boxer and a handful of other abstract quick-cuts. And again, it’s all shot in charming black and white because, well you know, it’s art.

In case you were wondering, the photo above is, believe it or not, a still taken from the ad. Like I said, there’s some weird stuff going on here.

The commercial isn’t necessarily bad, it’s just a little bit confusing to see this type of steely ad emanate from Apple of all companies.

Now that your interest has been piqued (you’re welcome), you can check Apple’s latest iPhone 7 ad below.

Truth be told, my first impression after watching the ad was that it seemed like a bizarre mashup of a scene from HBO’s first season of True Detective and Michael Jackson’s Scream music video from 1995. Be warned, Scream is as annoying and horrible of a song now as it was two decades ago.