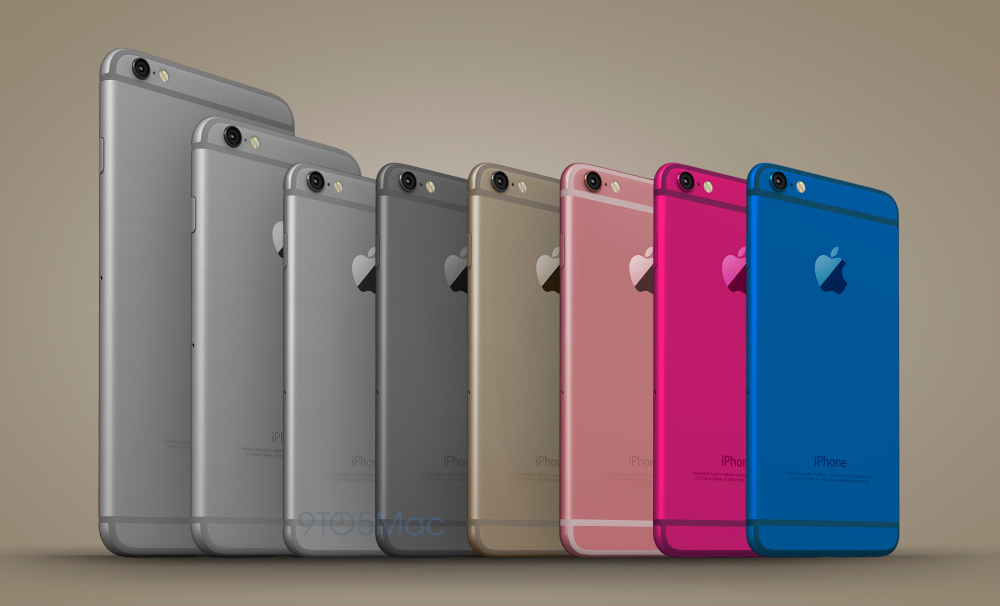 As has become the annual tradition, iPhone owners are already looking ahead to the next major flagship release from Apple, just months after the launch of the latest device. The only difference this time is that all signs are pointing to Apple launching a new phone in the spring for the very first time.

According to the latest reports, the iPhone 6c will hit store shelves before summer. It has been tipped to feature an A9 processor, 16GB of internal storage, 2GB of RAM and a 1,642 mAh battery. NFC and Touch ID are expected to find their way on to the cheaper device as well, but 3D Touch will probably remain an iPhone 6s and 6s Plus exclusive for the time being.

Other rumors suggest that the lineup of 4-inch iPhone 6c devices (which will likely mirror the iPhone 6 in terms of design) will be available in a range of colors similar to that of the iPod touch. On Sunday, 9to5Mac published several mockup images of what the device might look like, courtesy of artist Ferry Passchier:

You can check out the rest of the images over at 9to5Mac. If Apple is able to build a c-model iPhone this attractive and separate its release from that of the iPhone 7, the stigma of the iPhone 5c might be erased entirely.