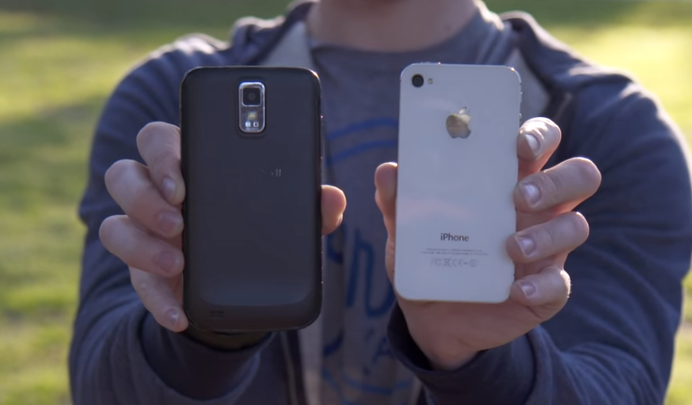 Most of us upgrade our phones once every two years, if not earlier. But what if you bought an iPhone 4S or a Samsung Galaxy S II all the way back in 2011 and were so happy with it that you decided to keep it as your primary device for the next five years? YouTuber Austin Evans recently decided to take a look at how the two top flagship phones of 2011 held up when you tried to use them in 2016 and he was pleasantly surprised to discover that they’re at the very least still serviceable.

There are some obvious differences between the two devices. First, Apple has continued to push out updates to the iPhone 4S so that it actually supports the latest software, whereas the Galaxy S II is still stuck on Android 4.1 Jellybean. While this sounds like an advantage for the iPhone 4S, the reality is that running iOS 9 on five-year-old hardware isn’t exactly ideal especially since that hardware can’t take advantage of newer software features such as 3D Touch and Touch ID.

One area where the Galaxy S II really does shine is the fact that it has a removable battery, whereas with the iPhone 4S, you have no choice but to stick with ever-declining battery performance. From an aesthetic perspective, however, the iPhone 4S simply outshines the Galaxy S II, which came out before Samsung really hit its stride in terms of hardware design.

Check out Evans’ full video for yourself below.