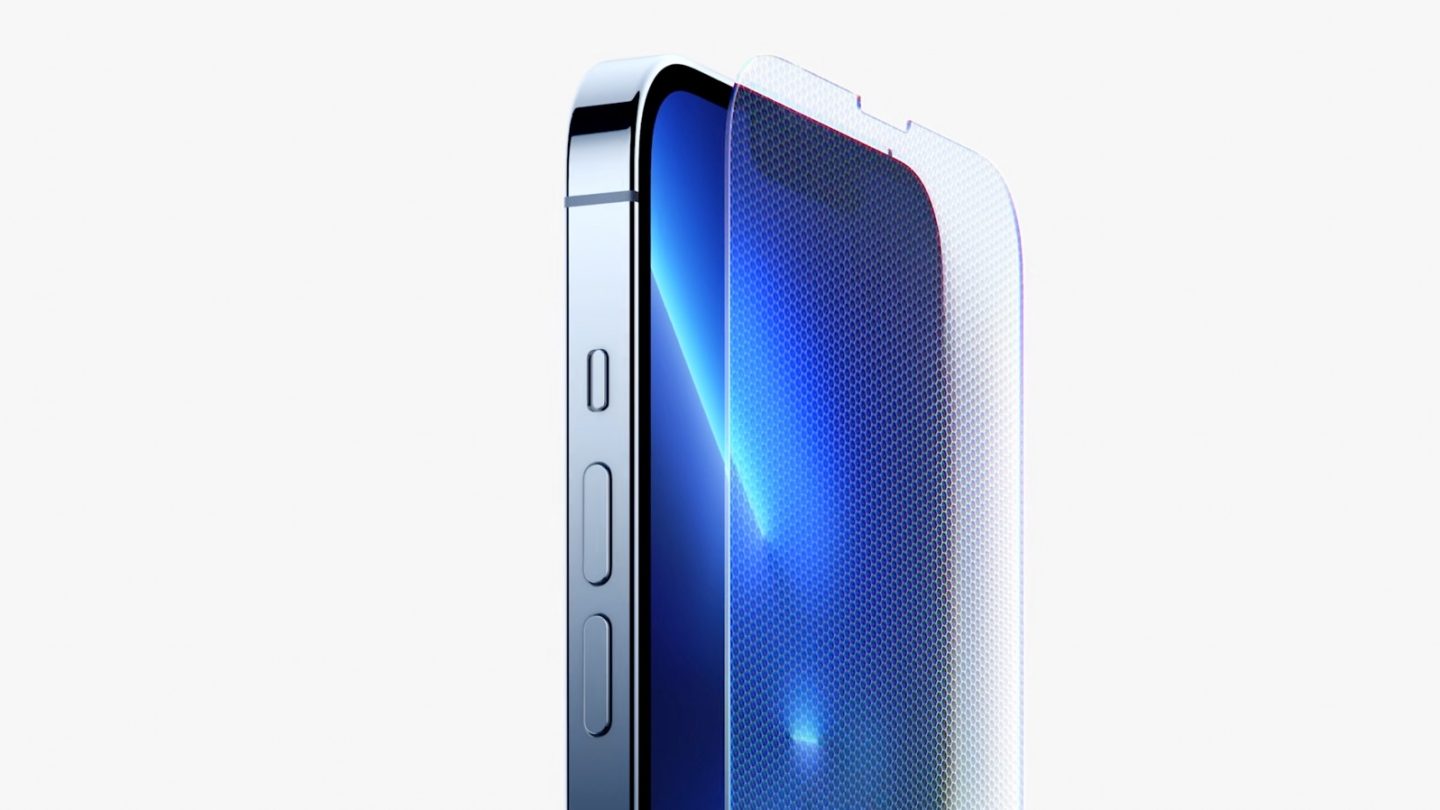 Smartphones have become increasingly more durable in recent years, but most flagships out there are made of glass. Various versions of sturdy glass protect the front and the back. Most phones feature wireless charging. That’s why they require glass or plastic backs. But all phones made of glass run the risk of cracking under the right conditions. They might survive most accidental drops, but glass technology has not reached a point where the glass screens used on phones are unbreakable.

All iPhone 13 models have the same general designs. They feature flat screens covered by the same Ceramic Shield glass tech. The middle frame has flat sides, and we’re looking at “surgical-grade” stainless steel for the Pro models and “aerospace-grade” aluminum for the more affordable iPhone 13 versions. The glass back features a prominent camera module protrusion, especially on the iPhone 13 Pro and 13 Pro Max.

All four phones are water-resistant to a depth of 6 meters (19.7 feet) for up to 30 minutes. They also feature rear-facing magnets for MagSafe wireless charging. These details are important when it comes to protective accessories, extended warranty, and damage insurance. One bad accident and the phone might lose its water resistance. Or internal components might suffer damages.

Unsurprisingly, the handsets suffered no damage from regular heights, although the stainless steel frame might show some scuffing after such impacts. The front and back glass survived some drops from head height, but the smaller iPhone 13 Pro’s screen did shatter.

The YouTuber took things to the extreme, going to 10 feet. That’s an unusual height for smartphone drops, and no device is equipped to handle that sort of accident. Unsurprisingly, the iPhone 13 models in this test get damaged.

PhoneBuff skipped drop tests from lower heights. That’s because the iPhone 12 models survived those drops last year. The iPhone 13 series packs the same design, including the Ceramic Shield screen. Therefore, PhoneBuff dropped both handsets from around 1.5 meters (4.92 feet). The concrete used in this iPhone 13 drop test wasn’t as smooth as the one in EverythingApplePro’s test.

The rear glass cracked on the first drop on both the Galaxy S21 Ultra and the iPhone 13 Pro Max. The latter survived drops on the sides better, thanks to its stainless steel frame. The Ultra features an aluminum chassis.

The glass on both phones then cracked when dropped on the display. PhoneBuff concluded the Galaxy S21 Ultra did slightly better than the iPhone 13 Pro Max in this test. A few months ago, the same channel said that the iPhone 12 Pro Max beat the S21 Ultra in an identical drop test.

The same conclusions as last year

These iPhone 13 drop tests show that the new iPhones are very well built, and they’ll survive most accidental drops, especially those that involve lower heights. It’s also important where the iPhone 13 lands and what sort of surface it encounters.

The higher the height and the more rugged the landing surface, the higher the chances for the glass to crack. Importantly, the iPhones will continue to work after the glass breaks. But you’ll have to take the handset in for repairs.

While putting on a case and screen protector “ruins” the iPhone 13 design, that’s still the best way to go to avoid accidental damage to the screen and the rear glass panel.