Apple just announced the iPhone 12 mini, a 5.4-inch next-gen iPhone that packs a lot of Apple’s most advanced mobile technologies into a more compact form factor. Notably, the iPhone 12 mini is decidedly smaller than the three other iPhone 12 models Apple plans to introduce later this year. And because the iPhone 12 mini features an edge to edge display, it’s actually a smaller device than the already compact 4.7-inch iPhone SE. Apple adds that the device is the smallest, thinnest, and lightest 5G device in the world.

As anticipated, Apple’s iPhone 12 Mini will be available in a handful of colors, including black, green, blue, red, and white. The device will retail for $699 with an entry-level storage configuration of 64GB. If you need more storage, you can shell out some extra cash ($749 and $849) for 128GB and 256GB configurations, respectively.

Spec-wise, the iPhone 12 Mini will boast Apple’s blazing fast A14 Bionic which, as we’ve come to expect, will leave Android competitors in the dust. Apple notes that the A14 Bionic is the first chip built on 5nm technology and boasts 11.8 billion transistors.

Faster and more efficient than ever, A14 Bionic has the fastest CPU and GPU by up to 50 percent compared to the fastest competing smartphone chips, enabling console-quality gaming experiences, powerful computational photography, and more, while delivering great battery life. Pushing the limits of machine learning (ML), A14 Bionic features a 16-core Neural Engine — for an 80 percent increase in performance — that is capable of completing 11 trillion operations per second, enabling improved performance on even the most intense ML models.

The iPhone 12 mini will also feature Ceramic Shield, a new display technology designed to dramatically improve tough durability. Apple made a point of noting that the iPhone 12 display boasts 4x improvement in drop performance, a figure which marks the biggest increase in iPhone durability since the original was launched more than a decade ago. 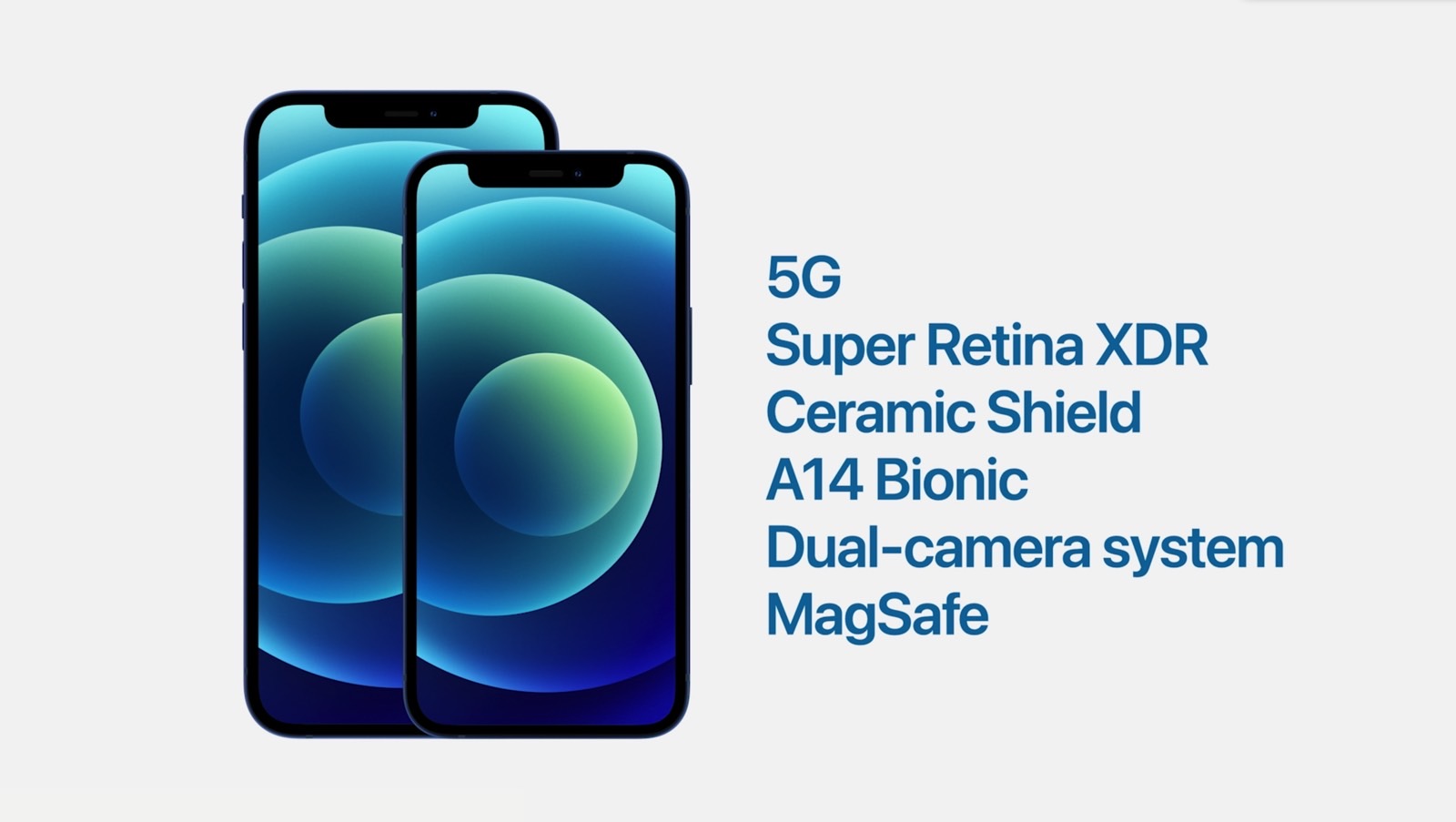 The iPhone 12 mini will include a 12MP shooter on the rear along with a 12MP ultra-wide lens. The battery capacity on the iPhone 12 mini may be lower than on other models, but the smaller display should help offset that and keep battery life at a level we’ve come to expect.

Other features include a Super Retina XDR display, a new aluminum design, and the ability to record 4K video at 60 fps.

One particularly intriguing feature is wireless charging with Magsafe. Apple removed Magsafe from its Mac lineup years ago, so it’s nice to see it make a return.

MagSafe delivers a unique experience to iPhone, featuring an array of magnets around the wireless charging coil, optimized for alignment and efficiency, that perfectly connects to iPhone every time. MagSafe chargers efficiently provide up to 15W of power, while still accommodating existing Qi-enabled devices. Charging solutions include the MagSafe Charger and MagSafe Duo Charger for use with iPhone and Apple Watch, as well as new silicone, leather, and clear cases that easily snap onto the back of iPhone, and a leather wallet.

Of course, the biggest selling point for the iPhone 12 mini — and every iPhone 12 model, for that matter — is support for 5G connectivity.