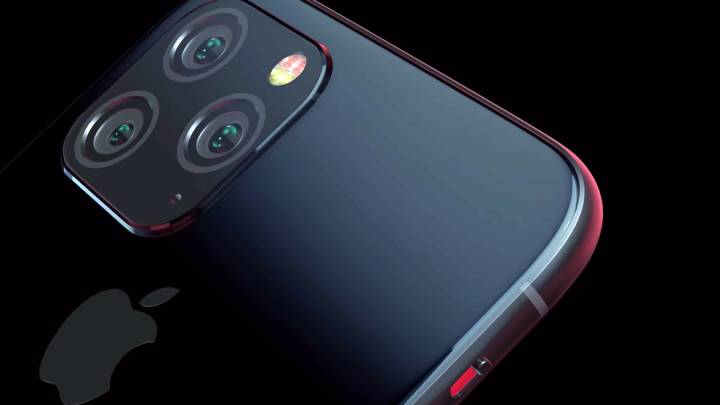 Now, we know what some of the conspiracy theorists out there might be thinking… it’s can’t merely be a coincidence that big news surrounding Apple’s new iPhones always tends to leak right around the time one of Apple’s rivals is set to make an announcement. After all, Samsung is getting ready for its massive Unpacked press conference in New York City on Wednesday, during which the company will finally make its new Galaxy Note 10 and Galaxy Note 10+ flagship phones official. Here we are, just over 24 hours from the event, and one of the biggest iPhone 11 leaks of the year is sweeping the internet, distracting attention from Samsung’s new flagship phablets, which are expected to feature a hot new all-screen design with a centrally located hole-punch camera, and plenty of power thanks to next-gen processors.

Well, to those conspiracy theorists we say this: information surrounding Apple’s unreleased iPhone 11 series is always leaking. This year, like every other year for the past decade, information surrounding Apple’s upcoming new iPhone lineup continues to trickle out starting about a year in advance and running right up until the new phones are announced. Seriously, think back to the past few months; we’ve seen new iPhone 11 details leak multiple times every single week! This is the big one, though, and it comes from a source that’s beyond solid. That’s right, Apple fans, we finally know exactly when Apple’s iPhone 11, iPhone 11 Max, and iPhone 11R will be released.

Before we get to the news, let’s quickly recap what’s in store for us in 2019.

The renders above are based on information that has been leaking for months that details Apple’s design for the next-generation iPhone 11 lineup. As you can see, the big change will be the rear camera on Apple’s new iPhones. The iPhone 11 and iPhone 11 Max will feature a new triple-lens camera system like the one seen above, and the area surrounding the lenses is expected to be color-matched to the back of the phone for the first time. In the past, Apple has made this area black on all iPhone models regardless of color.

The iPhone 11R (if that’s what Apple ends up calling it) will have a similar rear camera design, but it’ll be a dual-lens setup instead of a triple-lens camera like the one on the pricier models. All three new iPhones — the iPhone 11, iPhone 11 Max, and iPhone 11R — will look identical to their predecessors from the front, including the notch at the top of each screen.

So, in a nutshell, 2019 is shaping up to be just like 2016 for Apple’s iPhone lineup. The iPhone 11 is a new number update just like the iPhone 7 was back in 2016, but the new phones themselves use almost the exact same design as Apple’s iPhone models from the previous two years. There will be plenty more power and new rear cameras (the iPhone 7 Plus had a new rear camera as well), but not much else will change.

Now that we know what to expect, let’s talk about when we should expect it. Logic dictates that Apple will stick to the script and unveil its new iPhone lineup in early September ahead of a release later in the month. Now, we can confirm exactly what we suspected back when we told you how horrible Samsung’s new Galaxy Fold release timing was shaping up to be.

A new law in Japan is set to go into effect on October 1st, and it will require that wireless carriers unbundle devices and service plans. Why? Because carriers were forcing customers to pay for overpriced data plans by bundling only the most expensive plans with the most popular smartphones. When asked how the new law might impact Apple’s September iPhone launch, the SoftBank executive had this to say (machine translated):

Honestly, I am wondering what should I do for 10 days. No, I shouldn’t say that. Anyway, I don’t know when the new iPhone will be released. However, after about 10 days, it will be unbundled.

Apple always releases its new iPhones on a Friday and if we count back about 10 days from October 1st when this new unbundling law goes into effect, we land on September 20th. That’s exactly when we expected Apple to release its new iPhone 11 lineup, and now it’s all but confirmed. And with that in mind, we can expect the new iPhone 11, iPhone 11 Max, and iPhone 11R to be unveiled at an Apple press conference on Wednesday, September 11th, or sometime thereabouts.