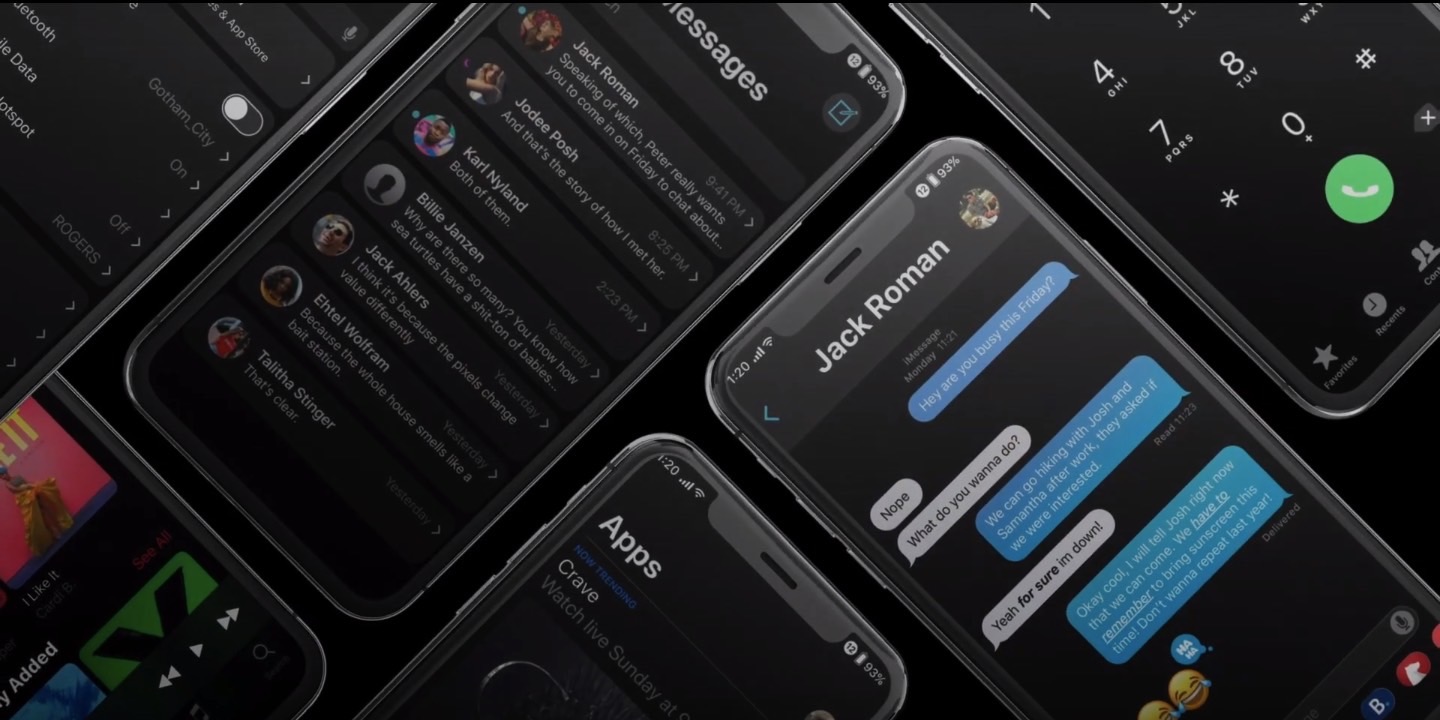 iOS 13 is the next major iPhone and iPad operating system update, and Apple will unveil its most important features on Monday, during its WWDC 2019 keynote. Some of these features already leaked, and we know we’re getting a couple of highly anticipated features including Dark Mode and a new UI for volume control, although there are still plenty of iOS 13 tricks that have yet to be uncovered.

While we’ve been waiting for the press conference, we’ve been treated to more and more exciting iOS 13 concepts from designers who are trying to guess what Apple is working on next, and to fix the annoying things about the iPhone’s underlying software. Canadian designer Michael Calcada did the same thing with his own iOS 13 concept, which mocks up some of the iPhone features Apple fans have wanted for years.

As you’ll see in the following images and the video at the end of this post, Calcada’s iOS 13 concept looks very familiar, which will likely be the case for the real update too. Apple will continue to refine the design while introducing new features, but we don’t expect any major design changes for this year’s iOS release.

In Calcada’s case, the new features include an always-on display that delivers quick information at a glance, a new Notifications Hub that supports notifications grouping, and a redesigned Notification Center that contains tabs for weather information and music playback.

The Home screen also gets major changes in this concept, including a Dynamic Dock that supports more than four apps, brand new icons, as well as a banner/widget area at the top that would display calls, weather info, and AR features.

The volume HUD, which Apple has repeatedly refused to fix, is incredibly inconspicuous in this concept, with the animation being relegated to the top left display “ear.”

In terms of AR, this concept takes augmented reality to a whole new level, suggesting features that look too good to be true, and which we might not get on iPhone this year. By pointing the camera at your surroundings, you’ll get a flurry of notifications about things around you, likely based on the apps you use and the way you’re interacting with them. The data would present itself as you move the camera, delivering information about nearby places.

While this update to AR functionality sounds too sophisticated for iOS 13, the concept does imagine other iOS features that could very well make it to iOS 13, including a redesigned camera interface, and, most importantly, a way to password/Face ID-protect entire apps or personal data, like a photo album. The iOS 13 concept also imagines a feature that will only be available on iPhone 11: Support for reverse wireless charging.

The first iOS 13 beta will be released next week, while the public release will be available in mid-September, right before the iPhone 11 launches. In the meantime, you can check out Calcada’s full video below: