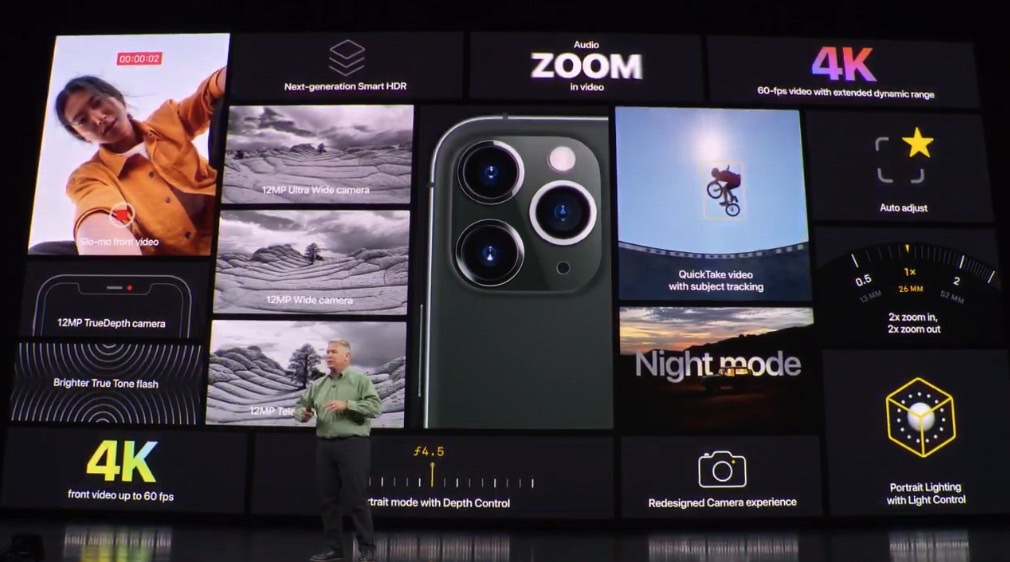 In particular, Night Sight mode on Google’s Pixel devices and Huawei’s P30 Pro take such crisp, vibrant, and detailed shots in low light environments that the software almost seems magical. With that said, it will be interesting to see how Night mode on the iPhone 11 stacks up against the competition once it starts shipping in about a week from now.

Though iPhone 11 pre-orders don’t open up until tomorrow — which is to say that we’re still a few days away from official iPhone 11 reviews coming in — a Canadian model named Coco Rocha recently managed to get her hands on an iPhone 11 where she was able to show off what Apple’s new Night mode brings to the table.

As evidenced below, the difference in photo quality between the iPhone 11 and the iPhone X in a low light environment is jarring. And yes, this may be old news to some Android users, but this is undoubtedly an exciting new feature for the iPhone faithful.

Don’t ask me how but I got my hands on the new iPhone 11 tonight! 🤫 Swipe through to see the difference between the 11 and the X in low light. 👀#notsponsored #butapplecansponsorme #callmypeople #timapple #iphone11promax #iphoneevent #iphone11 pic.twitter.com/wZHn6ugRQv

It’s worth mentioning that Night mode on the iPhone 11 isn’t a setting to toggle on and off. Rather, the feature springs into action when needed. Apple notes:

Night mode comes on automatically when needed — say, in a candlelit restaurant. When you tap the shutter, the camera takes multiple images while optical image stabilization steadies the lens.

Then the camera software goes to work. It aligns images to correct for movement. It discards the sections with too much blur and fuses sharper ones. It adjusts contrast so everything stays in balance. It fine‑tunes colors so they look natural. Then it intelligently de‑noises and enhances details to produce the final image.

iPhone 11 pre-orders open up tomorrow, with the release date set for September 20.