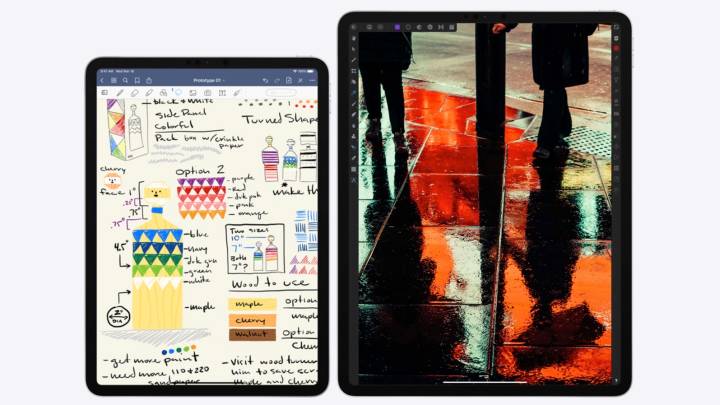 Apple’s first new product announcements of the year usually drop in March, and 2021 shouldn’t be any different. Rumors claim that Apple will unveil several new products during a virtual media event scheduled for March 23rd, although the iPhone maker has yet to issue official invites to the press or the public.

The 2021 iPad Pro refresh is among the new products expected to be unveiled during the event. A new report from the Asian supply chain says the iPad Pro display upgrade that appeared in various leaks last year is finally happening. The brand new 12.9-inch iPad Pro will be the first tablet in Apple’s lineup to feature a mini-LED display.

The new iPad rumor comes from Digitimes (via MacRumors), which claims that Taiwanese touch panel maker GIS will increase its backend module production at its factory in Chengdu, China.

The supplier is likely going to make parts for the new 12.9-inch iPad Pro that should be unveiled in the coming weeks. The mini-LED display is a significant screen upgrade that will allow Apple to improve image quality and increase power efficiency. Mini-LED screens are capable of delivering improved brightness, darker blacks, and better contrast ratio. The screen is still an LCD, but it features tiny LEDs that light up independently. The technology has been in development for years, with various reports claiming that Apple would launch mini-LED-based iPads and Macs this year.

The 12.9-inch iPad Pro with a mini-LED display appeared in several reports already. And those stories have claimed that the 11-inch iPad Pro wouldn’t get the same treatment. Recent reports say that Apple is also working on iPad models featuring OLED screens instead of LCD. The 2021 iPad Pros are also expected to feature A14X chips and support 5G connectivity.

A reliable leaker that goes by the name of Kang on social media said recently that Apple would host a media event on March 23rd. Separately, YouTuber Jon Prosser also pointed to the same date. Prosser later listed the products that might be ready for the event. Aside from the expected 2021 iPad Pro refresh, he also mentioned the AirTags trackers, new AirPods, and a new Apple TV. An iMac refresh might also be in the cards for a reveal.

If the March 23rd date is accurate, Apple might start taking new iPad Pro preorders soon after the event and launch the tablets by the end of March. Nothing is confirmed at this point, but all these leaks seem to indicate that Apple will launch several products this month. In an unexpected twist, OnePlus scheduled the OnePlus 9 event for March 23rd, before the Apple event rumors dropped. The Chinese handset maker has been forced to change event dates to avoid competing with Apple press events in the past.