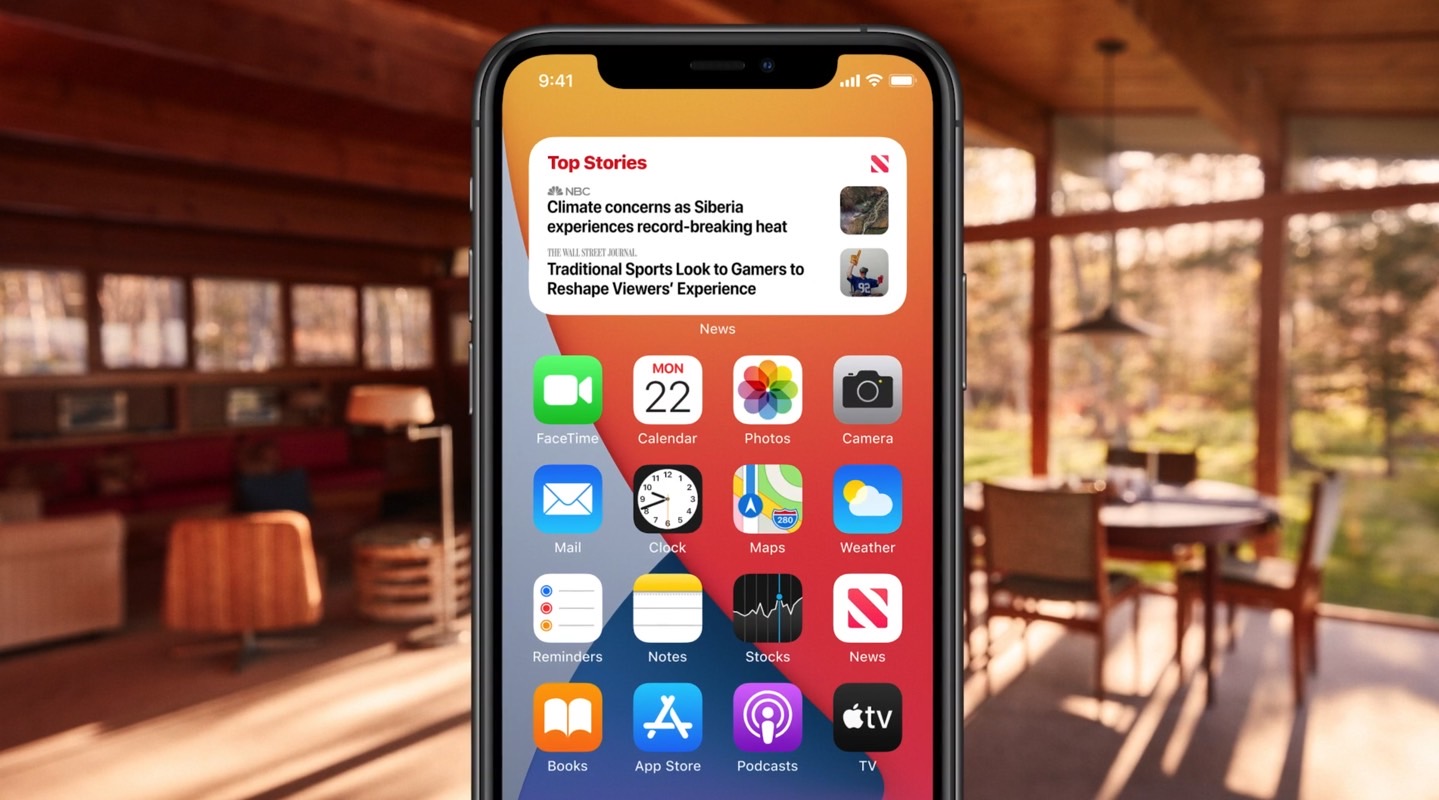 One of the more interesting things Apple announced at its WWDC keynote earlier this week, aside from the transition away from Intel, was the introduction of widgets to the iOS home screen. While not necessarily a monumental feature, it should make the overall user experience that much better by allowing users to customize the iPhone home screen in a way that was not previously possible.

With iOS 14, users for the first time will be able to stick widgets with pertinent information directly on their iPhone home screen. What’s more, users can adjust the size of widgets based on their level of importance. Widgets can be used to relay information about the weather, the stock market, upcoming appointments, sporting events, traffic conditions, and more. Put simply, imagine widgets as accessible app shortcuts to the information you deem to be the most important.

As an illustrative example, below is an iPhone home screen with activated widgets for Photos, Music, and Apple Watch activity. Now, if any of this sounds or looks familiar, it’s admittedly quite similar to an interface design Microsoft debuted with its discontinued Windows Phone line a few years back.

iOS 14 isn’t available as a public beta just yet, but if you have a developer beta of iOS 14 and want to dive in before Apple fixes up its usual assortment of bugs, you can get started by long pressing on an app to get all of the icons wiggling. Once you do that, you’ll notice that there’s a “+” indicator in the upper left corner of the display. If you tap on that, you’ll be taken to Apple’s Widgets page where you browse around and select which widgets you want to add to your home screen.

One particularly cool widget feature in iOS 14 is something Apple calls Smart Stacks. Smart Stacks effectively show specific widgets depending on the time of day, a user’s activity, a user’s location, and more. In effect, Smart Stacks is Apple’s implementation of intelligently toggling widgets on and off based on specific use-case scenarios.

Widgets are of course not new to iOS and can currently be viewed in the Today view by swiping left on your home screen. If you do that, and then select “Edit” at the bottom of the display, you’ll be able to see the full range of available widgets. In short, if you want easy access to apps like Snapchat, TikTok, or even Hulu, widgets are incredibly convenient. And while widgets are a bit hidden in iOS 13, iOS 14 will finally bring them to the forefront and should make accessing the apps and information you want that much easier.