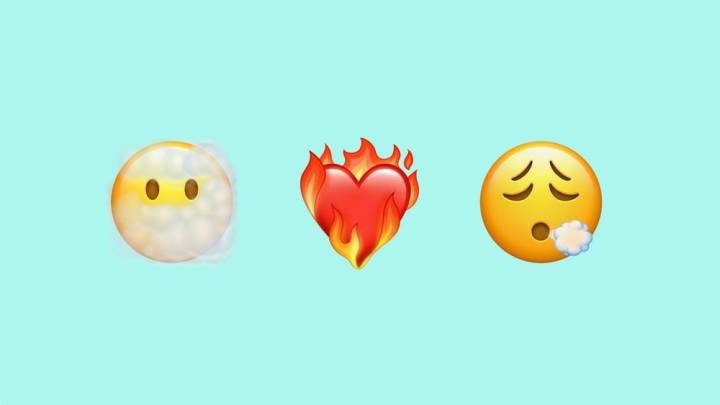 iOS 14.5 is shaping up to be one of the more consequential software updates that Apple has released in months. Not only will it force app developers to comply with its new App Tracking Transparency rules, but it also introduces several highly-anticipated features, such as the ability to use an Apple Watch to unlock an iPhone while wearing a face mask. But aside from all of the new features and privacy considerations, iOS 14.5 also adds new emojis.

According to Emojipedia, Apple added 217 new emoji characters in the latest iOS 14.5 beta release. A vast majority of the characters — 200, to be precise — are new emojis representing a wider range of couples with different skin tones so that more users will be able to find themselves and their partners on the emoji keyboard. There are plenty of other fun new additions too, as well as one updated emoji to sync up with the COVID-19 pandemic.

Beyond the new range of emojis for couples, Apple has added three smiley faces: Exhaling Face, Face With Spiral Eyes, and Face in Clouds. Whether or not they were intended to be part of a set, I can definitely think of a few use cases for these emojis at a glance, but I’m sure there will be plenty of clever alternatives:

Apple has also included two new heart emojis in the update: Heart on Fire and Mending Heart. Depending on what stage of a relationship you are in, these could certainly come in handy. It’s also nice to have more alternatives to the broken heart, which has to be one of the most overused emojis on the keyboard:

Apple is also updating a few existing emojis in iOS 14.5. Up first is the syringe, which no longer has blood dripping out. As Emojipedia points out, this makes the emoji useful when talking about the COVID-19 vaccine, which millions of people all around the world are receiving every day. This could very well be one of the biggest risers when it comes to underused emojis in 2021. Apple also changed the headphone emoji so that its design aligns with the AirPods Max. Apple has previously adjusted the desktop computer, laptop, phone, and watch emojis so that they look more like Apple products, so it’s no surprise that the headphone emoji ended up following the trend:

Everyone with an iPhone or an iPad will have access to these emojis when iOS 14.5 rolls out to the public later this spring. As always, the designs could change between now and the public launch of the update.