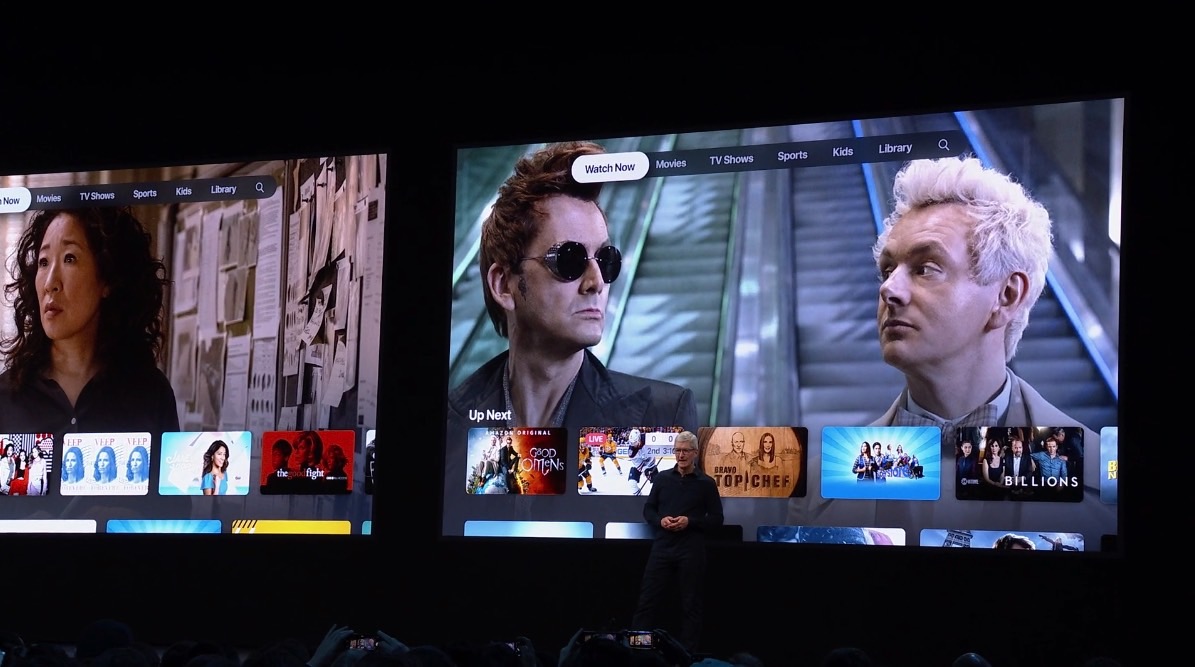 Today at Apple’s annual WWDC 2019 event in San Jose, the company revealed its new vision for its tvOS platform. A number of big changes are in the works for families and video game fans.

For starters, Apple is adding a much-requested feature in the form of multi-user support. This is particularly nice for large families where each person has specific tastes, allowing to customize recommendations based on whoever is watching.

For music, tvOS 13 will now provide live lyrics that scroll in sync with each individual song. It’s a small tweak that could make a big hit among karaoke fans.

If the reaction of the crowd is any indication, the biggest change for tvOS comes in the form of third party controller support for games played through . Apple has decided to embrace the biggest names in the business, with full support for both the Xbox One gamepad and the PlayStation DualShock 4.

Wrapping things up, new HDR motion wallpapers are in the works, and Tim Cook showed off some aquatic vistas to tease the new additions.

tvOS 13 will be released in an update that is expected later this year.