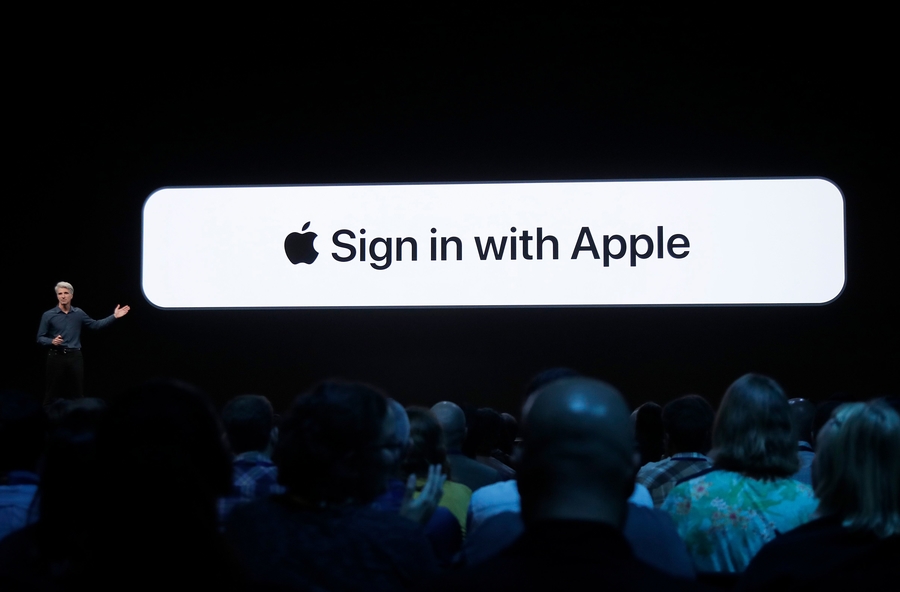 At WWDC last week when Apple got around to introducing the new app sign-in button it’s planning to introduce with the launch of iOS 13 this fall, it actually drew a big round of audience applause and cheers.

The iPhone maker, which has reportedly asked that developers position the button right on top of Google and Facebook login buttons, says its button will be tied to Face ID/Touch ID to make everything secure and convenient. Also, Apple will be able to use the button to generate an infinite number of unique email addresses to protect your real email, in addition to not capturing tons of data about you when you click the button.

Everyone read the presentation as a not-so-thinly veiled shot at Facebook and Google, with the latter answering the privacy charges in a new interview today, in addition to taking a surprise stance: Believe it or not, Google’s login chief Mark Risher actually thinks what Apple is doing here is “better for the internet.”

That’s according to an interview that Risher, a Google product management director, gave to The Verge, in which he says this kind of thing is better overall for the internet than the alternative — where users rely instead on passwords that are too often pathetically easy to guess and work around.

“I honestly do think this technology will be better for the internet and will make people much, much safer,” Risher told The Verge. “Even if they’re clicking our competitors’ button when they’re logging into sites, that’s still way better than typing in a bespoke username and password, or more commonly, a recycled username and password.”

However, as you’d expect, Risher pushes back on what he describes as the implied premise in Apple’s presentation that its tool is the only one that’s good, while everybody else’s is suspect from a privacy standpoint. Interestingly, his defense of Google’s privacy protections also comes the same day that Google announced a new privacy feature for iOS — the ability for those users to now log in to their Google account via two-factor authentication using an Android smartphone.

Risher’s full interview is worth checking out as a counterpoint to Apple’s assertive privacy message that pretty much dominated WWDC.

“I will take the blame that we have not really articulated what happens when you press that ‘sign in with Google’ button,” Risher told The Verge. “But there was a bunch of innuendo wrapped around the (Apple) release that suggested that only one of them is pure, and the rest of them are kind of corrupt, and obviously I don’t like that.