Apple fans recently celebrated the 10-year anniversary of the original iPhone’s unveiling back on January 9th, 2007, but now they have a new reason to celebrate. Apple has just released iOS 10.3 beta 1, the first pre-release version of the company’s next big iOS release. iOS 11 is obviously the most hotly anticipated software release from Apple in 2017, but we still have five months to wait before Apple shows off iOS 11 at WWDC 2017 this coming June. In the meantime, iOS 10.3 will likely be the last major iOS 10 update Apple will release in terms of new feature additions.

Rumors first surfaced on New Year’s Eve suggesting that Apple had a somewhat big update planned for iOS 10.3 — a new “theater mode” feature that iPhone and iPad users have been waiting for since iOS 10 was first released as a beta all the way back in June last year.

Supposedly accessible through the Settings app or through a Control Center shortcut, theater mode was said to be the dark mode feature users have been clamoring for. Whites and other bright colors in the iPhone’s user interfaces would be swapped out for black, grays, and other dark colors that would make the screen more comfortable to look at in low light.

Did the new theater mode finally arrive in today’s iOS 10.3 beta? Unfortunately, it doesn’t look like that’s the case. iOS 10.3 does have a new Find My AirPods feature for iPhone users who also own AirPods (obviously), but theater mode is nowhere to be found.

Here are the full release notes from Apple: 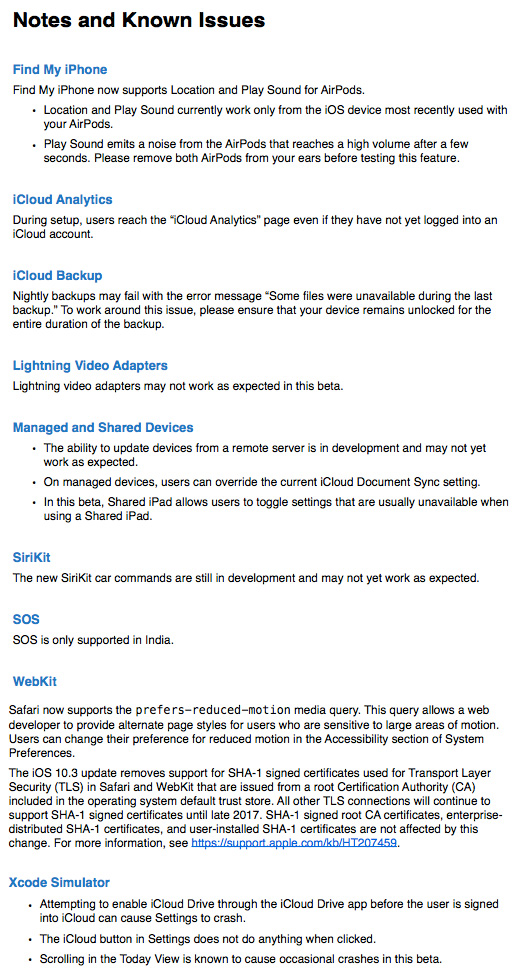