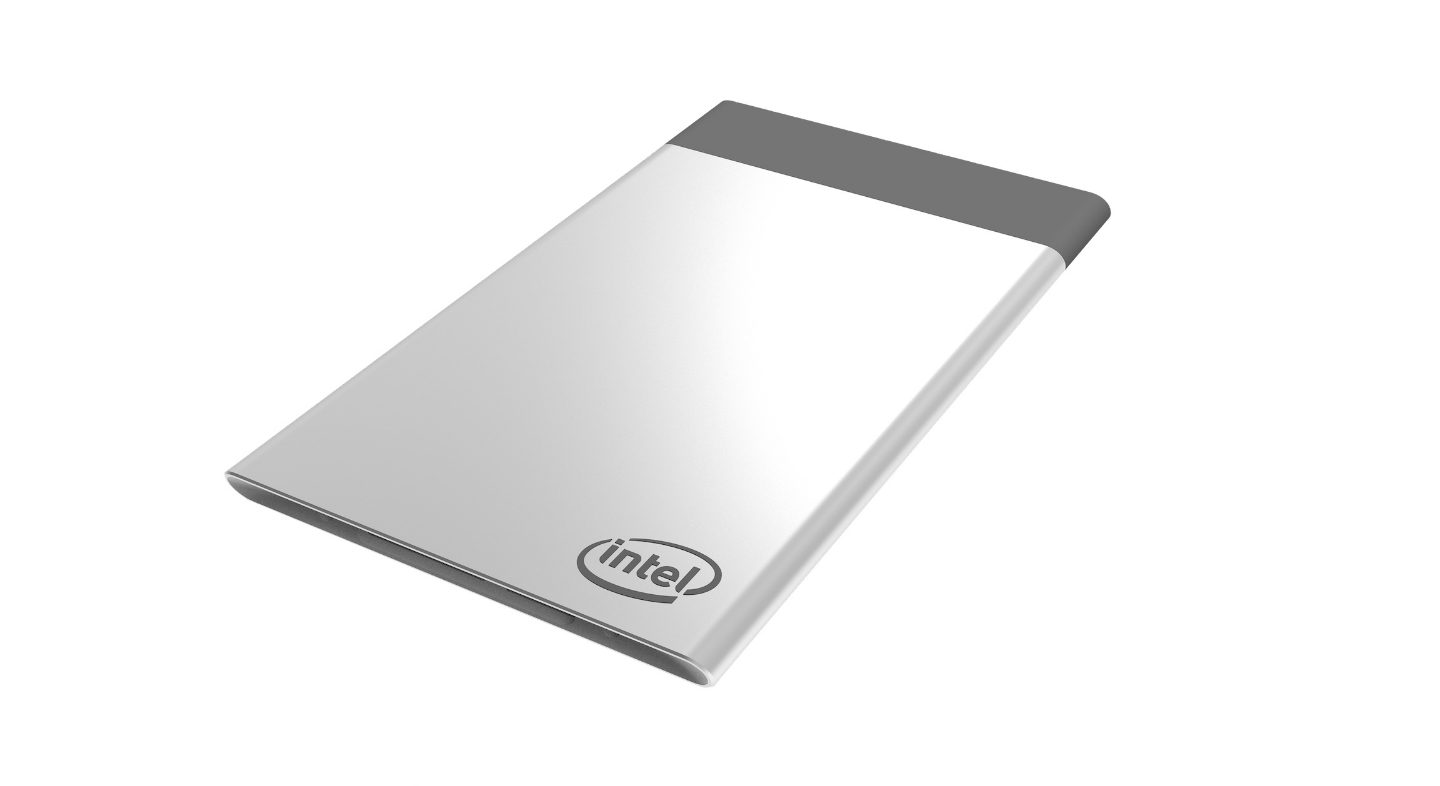 Intel’s latest invention is called Compute Card, and it’s a PC that you can carry around in your pocket. Intel made tiny PCs before, the Compute Sticks that you can connect to a monitor and enable a full Windows experience, but the Compute Card is even smaller than that. It looks like a slimmed down smartphone, one that has no screen. But it can be as powerful as some laptops, including Apple’s 12-inch Retina MacBook.

It’s a modular PC concept if you will, and that’s exactly the thinking behind it. The Compute Card holds all the smarts that may power a TV or a smart connected device. Pull it out and replace it with a new one every few years, and the device is going to stay fresh.

The Compute Card can be as powerful as a MacBook because it supports the kind of low-power Intel processors that you’d find in such fanless laptops. So expect Core M and Y-series Core i5 and i7 CPUs to be found in these cards.

After all, even the MacBook’s motherboard is very small, a feature Apple highlighted when it first unveiled the laptop:

When it comes to connectivity, the Compute Card uses a variation of the USB-C port called USB-C plus extension to connect to the system that’s used with the Compute Card. The connector then gives devices direct access to other ports, including USB, PCIe, HDMI, and DisplayPort.

The Compute Card will run any operating system you can load on a low-end PC, including Windows and Linux.

It’s unclear at this time what commercial products would work with it, or how much the Compute Card would cost. Ars says that Intel will reveal more details about it in mid-2017, with companies including Dell, HP, Lenovo, and Sharp expected to make their own announcement. There’s always a chance these cars will power digital kiosks, signage screens, and other commercial equipment rather than home gadgets.