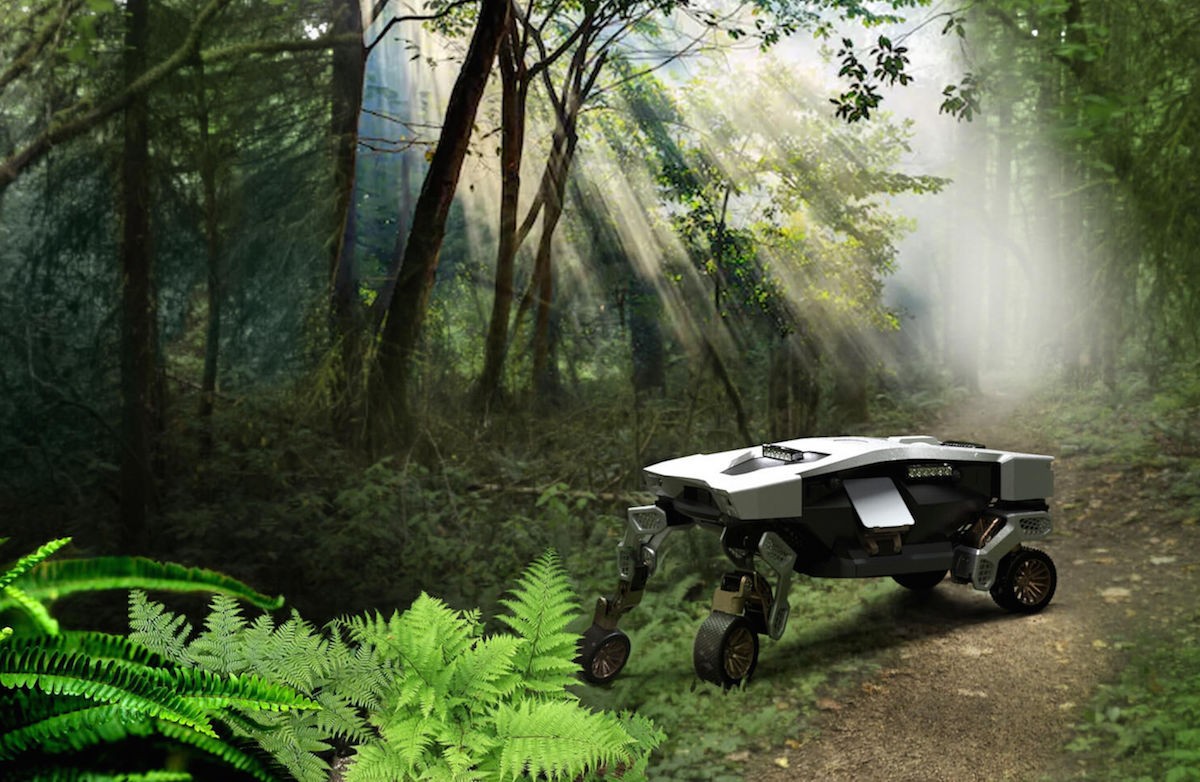 A walking car isn’t something I thought I wanted until I saw the sorcery Hyundai has been working on. The auto manufacturer today released new photos and video footage of its latest walking car concept and, suffice it to say, it’s pretty remarkable.

The miniaturized vehicle is called the Tiger X-1, with Tiger standing for Transforming Intelligent Ground Excursion Robot. The impetus behind the concept is that there are simply some geographic terrains that a traditional four-wheeled vehicle can’t traverse with ease. The solution? A vehicle where each wheel is positioned at the end of a motorized and bendable leg.

With the current design, Hyundai’s Tiger X-1, upon encountering an obstacle it can’t drive over or around, will quite literally transform into a four-legged vehicle, elevate, and simply walk over any obstacle in its way.

“The legs can also bend as the wheels roll over uneven terrain, keeping the cargo area level,” CNN notes. “The vehicle can also drive in any direction — forwards, backwards or side to side — using either its wheels or legs.”

TIGER’s exceptional capabilities are designed to function as a mobile scientific exploration platform in extreme, remote locations. Based on a modular platform architecture, its features include a sophisticated leg and wheel locomotion system, 360-degree directional control, and a range of sensors for remote observation. It is also intended to connect to unmanned aerial vehicles (UAVs), which can fully charge and deliver TIGER to inaccessible locations.

The Tiger X-1 is fully autonomous and, as a result, isn’t being designed with a driver in mind. Indeed, the dimensions of the concept vehicle are relatively small and almost looks like something you’d be able to pick up at a high-end toy store.

Engineers behind the project envision the Tiger X-1 being used in the wake of natural disasters to help locate victims trapped underneath the rubble.

And as mentioned above, the design features a cargo area such that it would be able to deliver supplies, medical equipment, or even food to people trapped in hard to reach areas. The vehicle could also be used to explore rough terrain on the moon or Mars.

Hyundai’s concept is beyond intriguing and impressively advanced, but the company claims that an additional few years of development are needed before it’s ready for real-world use.

Interestingly, Hyundai notes that Boston Dynamics — which it took a controlling interest in last December — was not involved in the vehicle’s development. Rather, the project was a joint effort involving Hyundai’s New Horizons Studio and the software engineering company Autodesk.