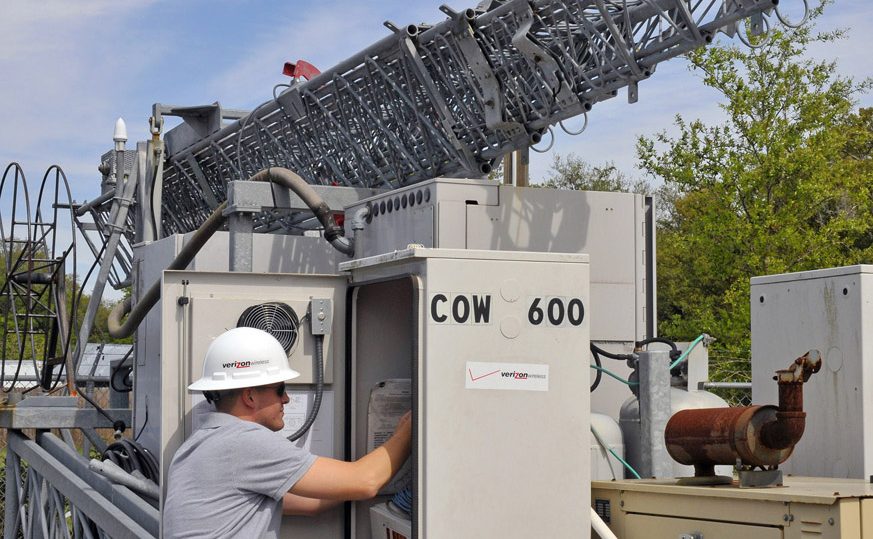 Hurricane Harvey, currently a Category Two hurricane but getting worse, is predicted to make landfall in Texas late Friday or early Saturday. 1.5 million people are under a hurricane warning, residents are being urged to evacuate, and swathes of southern Texas could be “uninhabitable for weeks or months,” the National Weather Service has said.

With all that going on, keeping cell service up and running probably wouldn’t rank high on your list of priorities. But ensuring connectivity is a vital piece of the puzzle that can keep everything else working. First responders and local government often use cellphones for communication, and trying to manage a complex operation without signal can make the job far harder. Plus, a functioning cell network can help family and friends find each other and communicate with worried relatives.

Verizon takes its role in providing communications during natural disasters particularly carefully. In preparation for Hurricane Harvey, they’ve staffed up a 24/7 emergency command center, prepared to bring in engineers from different parts of the country to help, and started moving some of its considerable fleet of emergency vehicles and portable cell sites into position.

Preparation for handling a natural disaster really starts with the design of the network. “If you’ve waited this long to prepare your network — if you’ve waited until a storm’s on the way — there’s absolutely no way you can be as prepared as you need to be,” Leo Perreault, Verizon’s Executive Director of Operations in the Texas area told me. Verizon starts by engineering its network with redundancy and preparedness in mind. Network switches, the most important core of the network, are built to withstand almost anything.

In Florida, for example, “super-switches” are built to withstand the strongest winds. Those switch locations boast tilt wall block construction built of concrete and rebar for extra strength. Because of flooding and possible land damage caused by hurricanes, the locations have dual entrance for transport, meaning fiber enters the facility in two distinct locations to ensure additional redundancy in case one entrance is damaged.  Additionally, because commercial power loss is often associated with hurricanes and tropical storms, the Florida Super Switches have dual on-site generators and redundant AC. 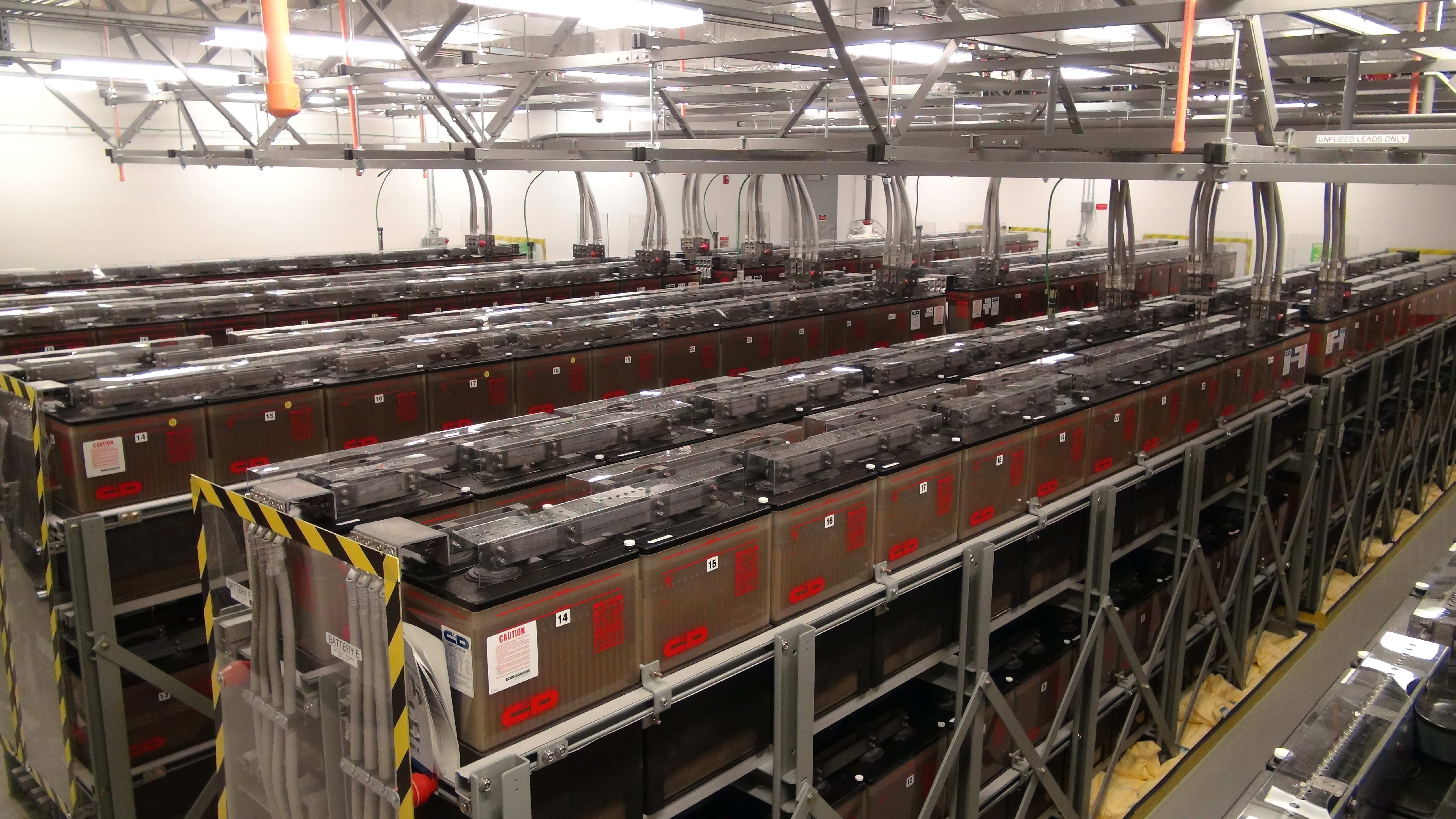 Power is one of the main focuses for Verizon’s preparedness. All of the network switches have two huge generators big enough to power the site, so even if one is defective or gets damaged, it won’t cause a failure. Perreault told me that one of the first things Verizon does to prepare for a specific disaster is to top off all the generators with fuel, and it stays in touch with local government to make sure that after a disaster, fuel can get to the switch quickly to keep it running.

The cell sites themselves all have backup batteries that are capable of running the site for hours without commercial power, which gives Verizon enough time to get a generator on site. Because of the physical construction of a cell site, they’re more vulnerable, and some damage to them is “unavoidable.” While they’re being fixed, Verizon has temporary cell sites — antennas on the end of a big telescoping pole — it can deploy to keep coverage up and running. 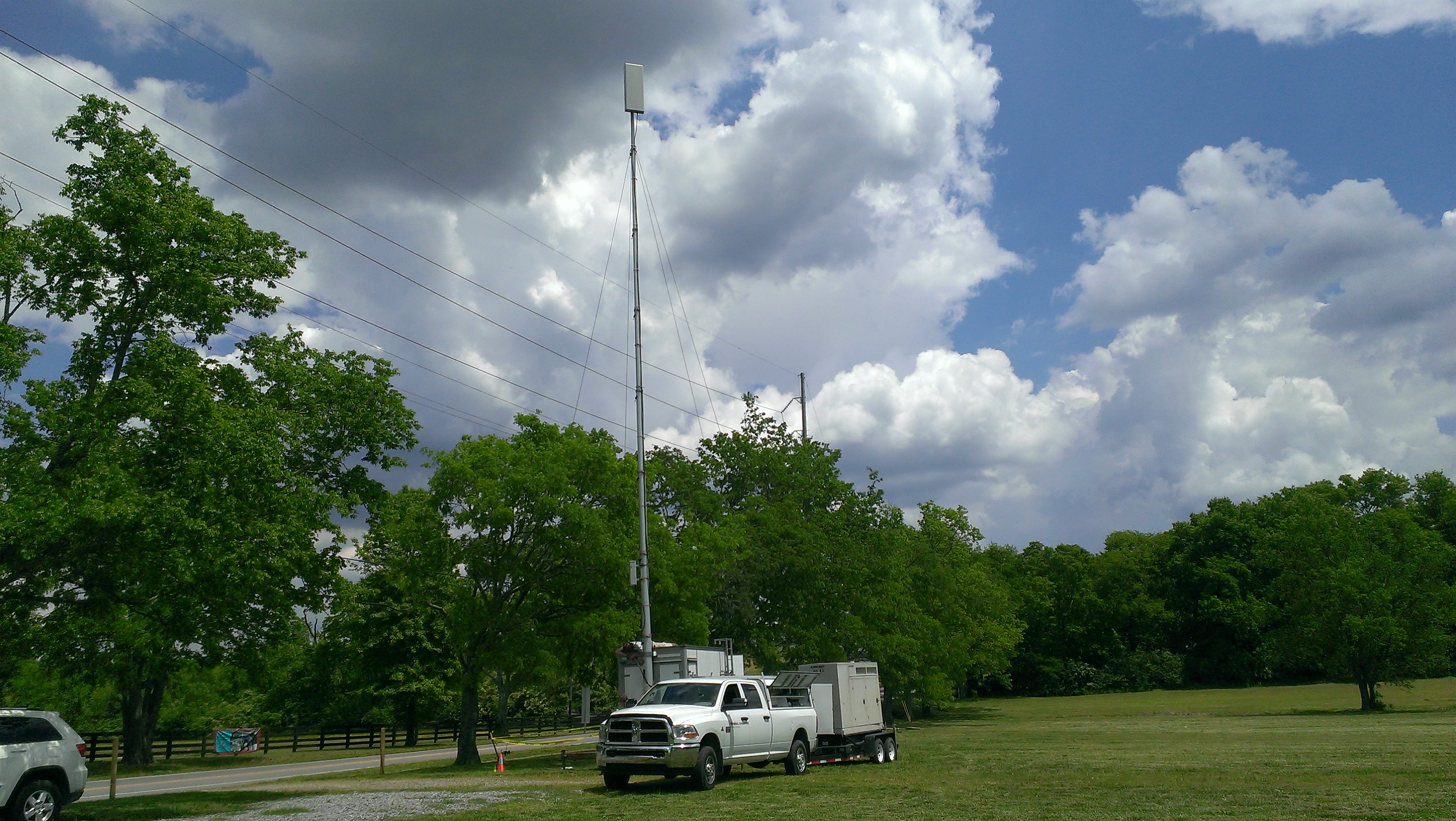 Equipment and the physical location is only part of the equation, however. Perreault and his team train to deal with disasters and emergencies all the time. “It’s nothing new for us…we drill, we’ll do tests where I wake up one morning, roll out of bed, and tell my team that a tornado’s rolled through the area and taken out five cell sites.”

Verizon also works with first responders on emergency scenarios to show how they can proactively help with the response to an emergency. Back in June, Verizon ran an exercise with a bunch of different scenarios, including an F4 tornado with major casualties, flooding of a residential neighborhood, a building collapse at a chemical factory, a subway terror attack, and an active shooter/hostage situation. In all of those cases, it had firefighters and police working alongside Verizon’s engineers to show how technology — like a drone flying overhead providing cell service — can make a difference. 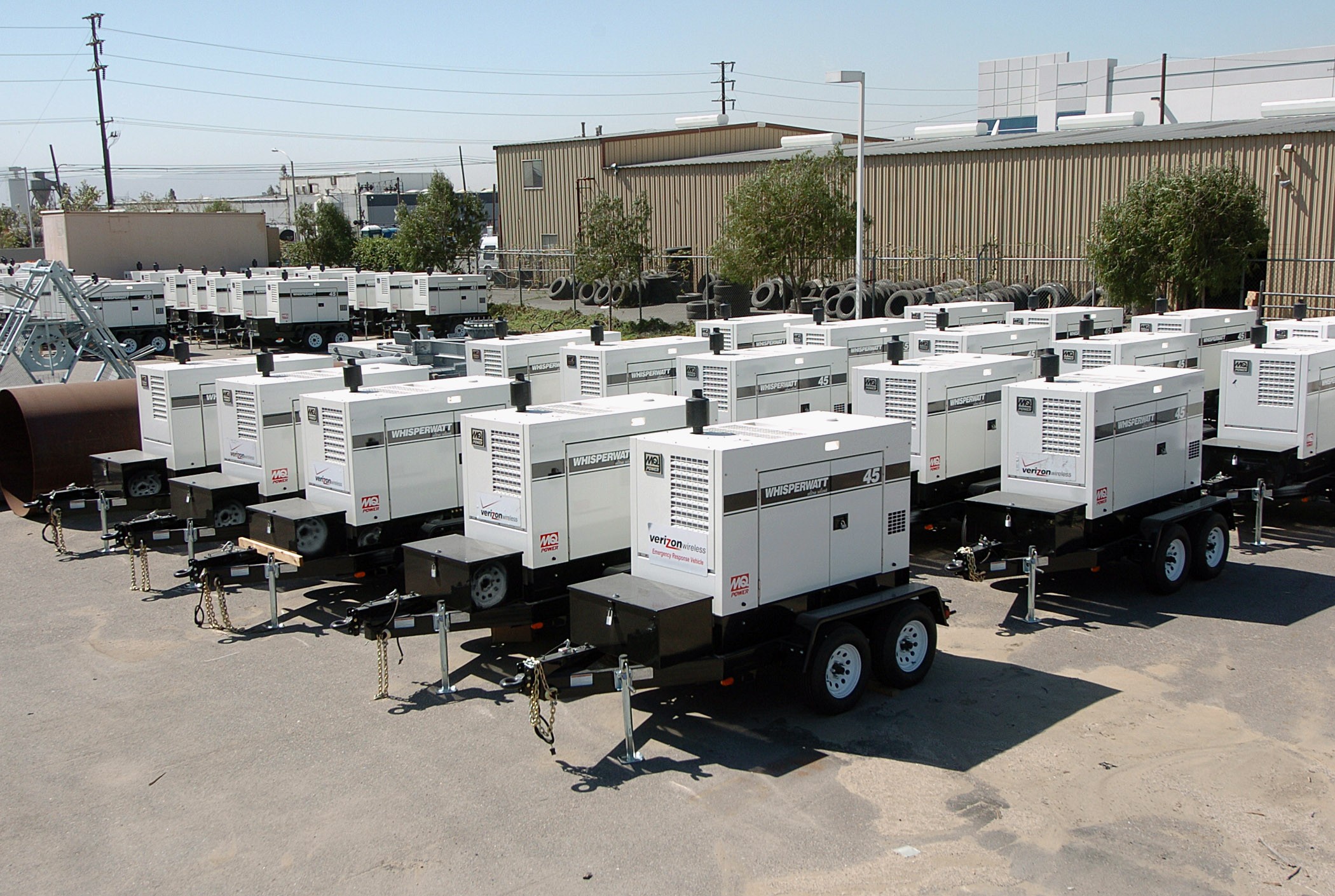 As well as the network prepping for the hurricane, individual users need to think and plan ahead. The FCC publishes a few easy tips to help prepare: