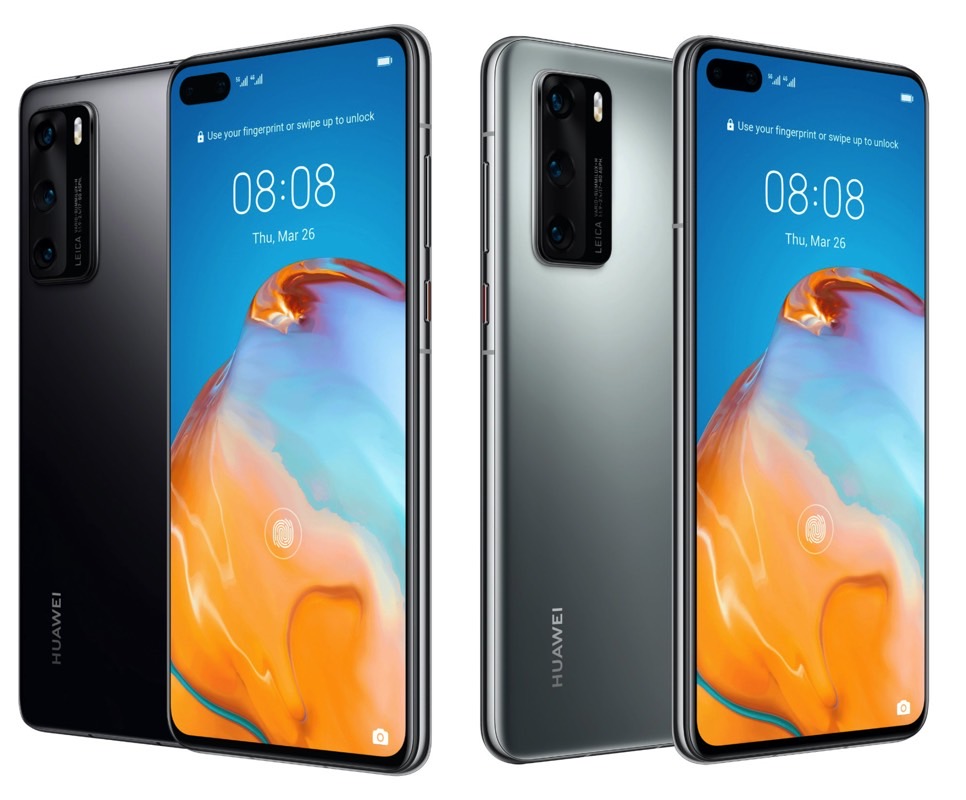 Huawei’s P40 Pro launch event should have taken place in Paris, France on Wednesday, with CEO Richard Yu delivering his keynote to a packed audience. Huawei is still prominent in Europe and other markets despite last year’s ban in the United States, which stripped Google apps off of Huawei Android handsets, among other things. But these aren’t normal times. Paris, like many other places, is locked down and public gatherings like the launch of a brand new phone are banned. Even if they weren’t, nobody would risk hosting a public event as long as the novel coronavirus is still raging out there. So Huawei unveiled the three Huawei P40 handsets — yes, there are three of them — via an online-only press event. These are the P40, the P40 Pro, and the P40 Pro+, three high-end handsets that will compete directly against the Galaxy S20 series, all other Android flagships, and the iPhone.

Just as Huawei teased a few months ago, the P40 Pro phones do indeed feature a design unlike anything seen in the industry. And, just as expected, the P40 phones are all about delivering a better camera experience than before. Sadly, the P40 series will disappoint some fans of the series when it comes to software, as we’re still looking at Huawei’s Android 10-based software without any Google apps on all three phones.

The Huawei P40 Pro and P40 Pro+ have one other advantage over the P40, and that’s a 3D face recognition system built into the pill-shaped hole that punches through the screen. That’s certainly better than what Samsung did with its own hole-punch displays so far, and a feature not seen on any other recent devices. All P40 models also feature in-display fingerprint sensors, which are supposed to be 30% faster and 30% larger than before.

The camera module is the most prominent design element on the back, with the phones featuring three, four, and five rear-facing sensors.

The 50-megapixel sensor is the highlight of the P40 camera system, featuring a larger 1/1.28 inch RYYB sensor that’s much bigger than what’s available on competing devices. Huawei said that a brand new AI Image Engine will help improve the camera experience thanks to a suite of new algorithms meant to improve focus, zoom, and low-light photography. The P40 Pro+ is also the world’s first phone to get a dual-telephoto zoom lens system, where both a regular 3x optical telephoto lens and a 10x optical Super Periscope telephoto work together to enhance zoom.

The same processor found inside the Mate 30 Pro also powers the P40 phones. That’s the Kirin 990 5G chip that Huawei announced last fall. Cooling everything down is a 4-layer SuperCool System that includes a 3D graphene film as well as a thin vapor chamber cooling system.

Finally, the Pro versions are both IP68 rated, while the cheaper model only gets an IP53 rating.

The one thing many potential buyers won’t like is the lack of Google apps. Huawei, however, says it has significantly increased the number of AppGallery apps and plans to keep adding applications in the near future. Users will be able to sideload apps from developers and load other store experience like Amazon’s but don’t expect to be able to easily sideload Google’s Play store and all of its popular apps. Huawei also unveiled a MeeTime app, a video chat app that will be available across Huawei devices, and will take on existing competitors such as FaceTime and others. The app might also work with other AppGallery applications that could benefit from a built-in video chat feature. Also, starting with the P40 series, Huawei will include its own voice assistant with its Android software. Sadly, the name chosen for the virtual assistant is far from perfect: You activate it by saying “Hey Celia.”

The full Huawei P40 presentation is available below, complete with demos highlighting the phone’s camera features.