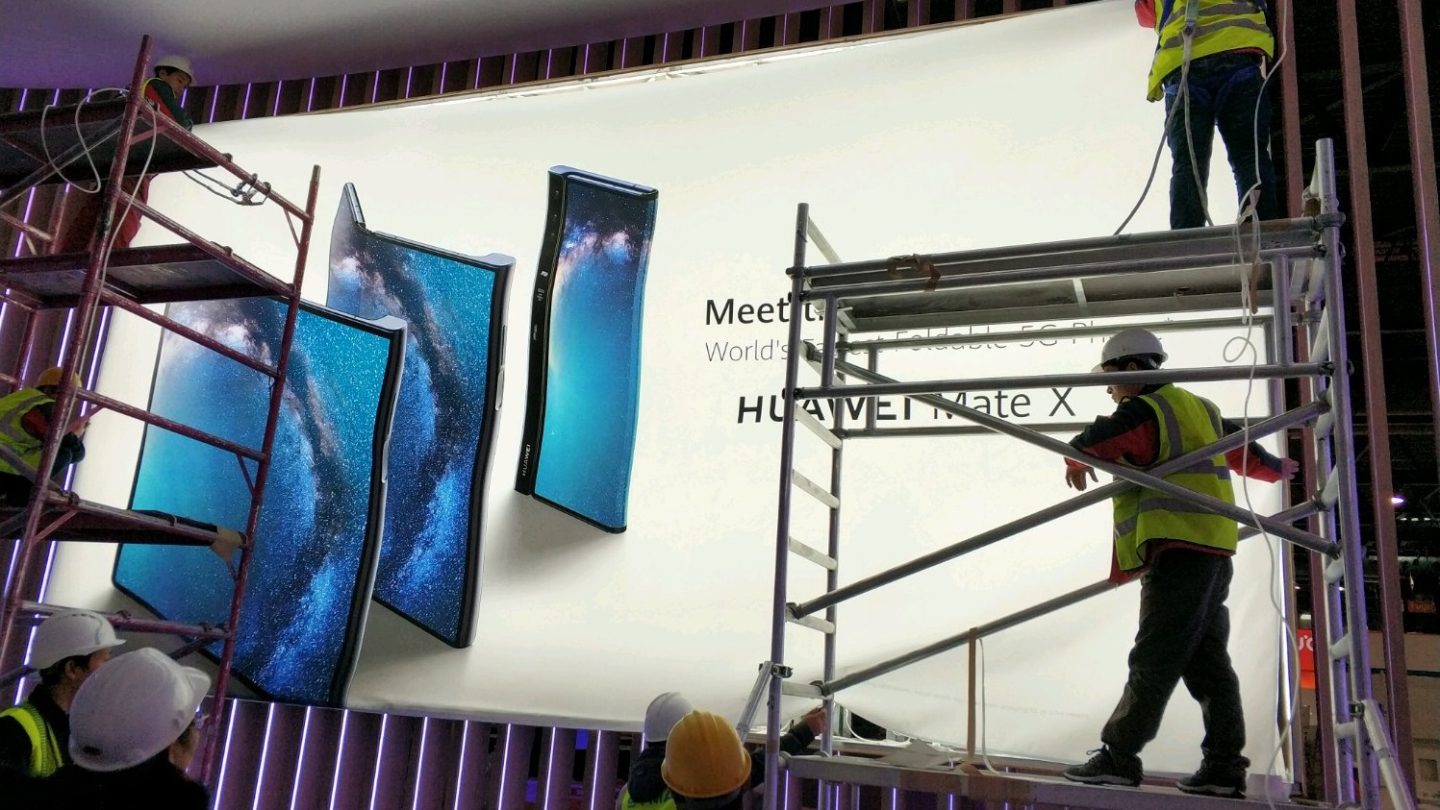 Samsung made waves earlier this week by unveiling its Galaxy Fold smartphone at the Galaxy S10 launch event in California, giving us what many believe to be a glimpse into the future of smartphone design. That might be the case, but we all know the next wave of foldable phones will be far more impressive. Unfortunately for Samsung, it might not even have the best foldable phone of this wave, as the Huawei Mate X has seemingly leaked a couple days ahead of schedule. Providing it’s legitimate, Huawei could very well win this round.

The photo of a poster at the top of this post has been floating around the internet this afternoon, purportedly showing off the design of the Huawei Mate X. As you can see, it’s a completely different concept than that of the Galaxy Fold, with a single screen folding over itself, rather than small screen outside and a larger screen inside.

While we can’t confirm the legitimacy of the leak (or the source, though it may have been found by Slashleaks after some digging), the imagery does seem to line up with the hints that Huawei has been dropping on Twitter over the past few days. Here’s the most prominent example from the phone maker’s Twitter account:

In addition to its foldable design, the Huawei Mate X is also rumored to support 5G, have a triple-rear camera setup, have a fingerprint scanner on the side, and perhaps most notably, there isn’t a notch. Huawei spent most of Thursday taking jabs at Samsung, so don’t be surprised if the Galaxy Fold comes up during Huawei’s press event at MWC 2019 on Sunday. The foldable phone wars might be heating up before any notable models actually go on sale.