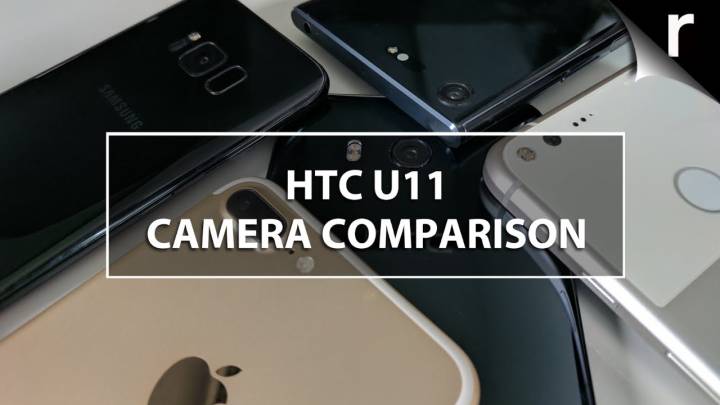 The iPhone 7 Plus, Google Pixel, Sony XZ Premium and Galaxy S8 have all claimed to have the world’s best smartphone camera at some point in time. So it’s a little difficult to work out who to believe, especially when HTC shows up with yet another world-beating camera.

Sounds like a good time for an old-fashioned shootout.

The folks at Recombu made a video comparing the different cameras from the common flagship phones against the “bloody brilliant” Ultrapixel camera on the U11.

The results aren’t pretty if you’re an iPhone user. When it comes to white balance and low-light shots, two of the things that can ruin smartphone images most easily, the iPhone 7 Plus came in last. The U11 is on par with the competition in getting accurate colors in daylight, and the Ultrapixel sensor really excels in low light.

Aside from image quality, the video also tackles one of the more underrated things on camera phones: how quick and easy they are to use. A smartphone’s camera is only a big deal because it’s the camera you have with you most often, even if you’re a serious photographer with a stack of lenses somewhere. The U11 uses its squeezy edge sensor to add a lightning-fast shortcut to the camera, which is important for getting quick shots.

The U11 excels in a few other categories, too. The focus speed is way quicker than any smartphone camera has the right to be, and it’s particularly evident compared to the other phones in the shooutout. Even the iPhone 7 Plus looks slow compared to the U11.

Overall, the U11 is a solid contender for the best all-around smartphone photography experience on the market today. You’ll notice that we didn’t say “best camera,” because pixel-peepers will always find something to complain about. But the well-thought-out camera app, quick focusing speed and easy-access shortcut mean you’re more likely to get a good final result from the U11 than anything else.