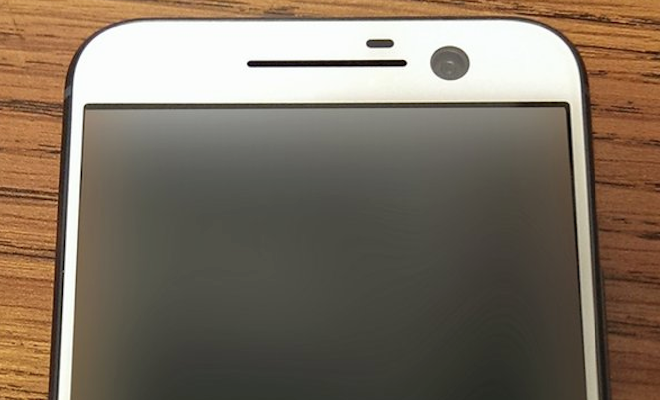 We can pretend the device in this leaked photo doesn’t look like Apple’s iPhone, but it’s really difficult so why bother? After leaking in black back in early February, the upcoming HTC One M10 has now been shown in a white variant that makes it look even more like an iPhone. Sure, it’s not a carbon copy, and there’s nothing wrong with HTC taking design cues from the iPhone maker. In fact, the device looks pretty great, and copying the iPhone has worked well for Apple so far.

Often referred to by its “HTC Perfume” codename, the HTC One M10 is supposed to be unveiled during a special media event scheduled for later this spring. It’s not likely the handset will be unveiled at MWC 2016, according to earlier reports.

Let's call it HTC One M10 in white. pic.twitter.com/lGfIM5SSpX

The picture above comes from a source who’s almost always been accurate when leaking photos and information about unreleased devices, so it’s likely we’re looking at HTC’s actual iPhone 6s rival.

Evan Blass simply said “let’s call it HTC One M10 in white” when he posted the image above on Twitter. The picture shows us a handset with rounded corners, an almost edge-to-edge display, and an oblong home button. That’s certainly a surprise for the One hero series, which has featured dual “BoomSound” speakers on the front for the past few years.

In late January, it was the same leaker who revealed some details about the HTC One M10. According to his posts, the phone will pack a 2K AMOLED display, Qualcomm Snapdragon 820 processor, 4GB of RAM and Marshmallow with the latest version of HTC Sense on top.

Needless to say, the HTC One M10 will be one of the best Android handsets of the year, regardless of its resemblance to the iPhone.