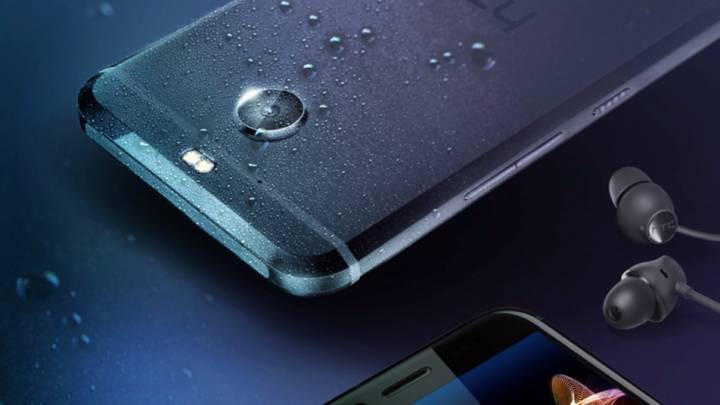 First, the good news: HTC just unveiled what is easily one of the best new Android smartphones of 2016. The handset, dubbed the HTC 10 evo, features a large 5.5-inch Super LCD 3 display with quad HD resolution and a pixel density of 534 ppi. It sports a 2.0 GHz Snapdragon 810 processor, 3GB of RAM and 32GB or 64GB of storage plus microSDXC support. It ships with Android 7.0 Nougat out of the box, and it packs HTC’s latest 16-megapixel camera with phase detection auto focus and optical image stabilization. It’s also the first ever all-metal Android phone to feature IP57 water- and dust-resistance.

So, what’s the bad news? The odds are pretty good that you’ll never be able to buy one.

Why is HTC announcing a brand new smartphone in the middle of the night, you might ask? Because sadly, it’s destined mainly for various markets abroad. We say “mainly” because there will be one wireless carrier in the US that will sell the phone when it launches later this month, but it happens to be the smallest of the four major US cell phone carriers. So, unless you’re on Sprint, the HTC 10 evo is pretty much off-limits.

On top of the specs we already covered, the audio experience is HTC’s pride and joy on the 10 evo. Here’s a very dramatic blurb from HTC’s press release:

Pulse-pounding audio that adapts to the unique structure of your own ears. Eye-popping, all-metal design that glistens in light as much as in water. This is a smartphone unlike any you have seen before. HTC Corporation, a leading innovator in mobile and virtual reality technology, today announced the HTC 10 evo, a dramatic evolution of HTC’s renowned sculpted-by-light style that introduces the world’s first USB Type-C dual adaptive earphones that tailor sound to your ears’ unique hearing abilities for a truly illuminating audio experience. The HTC 10 evo also features an all-metal unibody that is water, splash, and dust resistant.

Think what music tuned to your ears would sound like. The HTC 10 evo takes audio to an unprecedented new level with HTC BoomSoundTM Adaptive Audio, which almost instantly adapts your audio to sound levels around you, keeping you in the zone of the music and sound you’re enjoying. Pushing the multimedia experience even further, the HTC 10 evo has a big, 5.5-inch display to show stunning visuals for vivid gaming, movies, and more. And of course it’s an HTC, so you know the design is gorgeous, further advancing the renowned HTC design legacy pioneered by HTC 10 with more precise contours that catch light beautifully.

It’s nice to see HTC launching new phones that don’t look exactly like iPhones, but lack of sales and marketing support from the top-three carriers in the US makes this phone a non-starter for most Americans. If you’re on Sprint though, the HTC 10 evo will be available online and in stores this month. Full specs are laid out below. 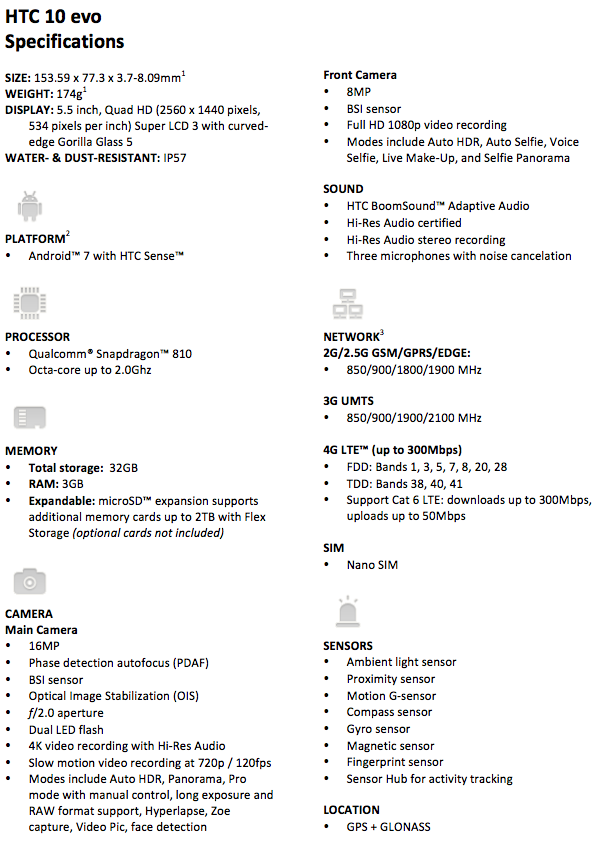 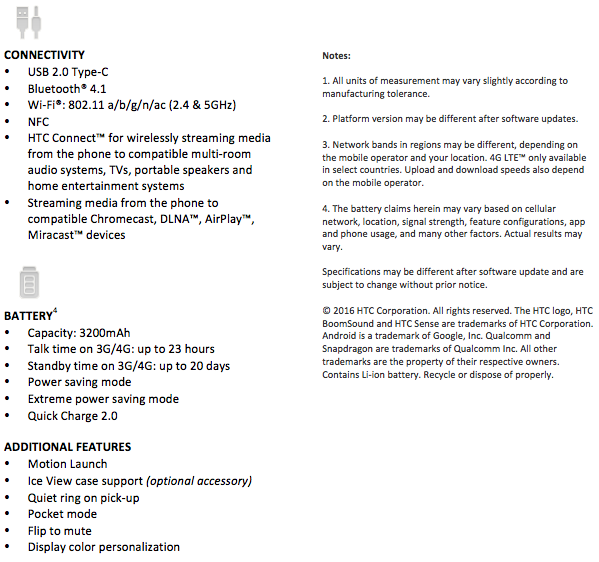