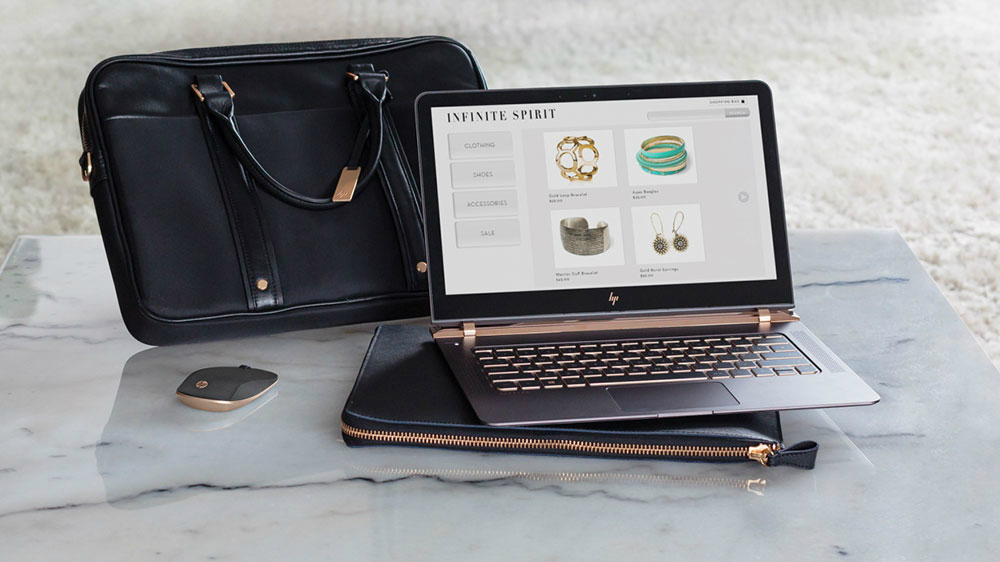 The 12-inch Retina MacBook represents the pinnacle of Apple’s laptop design and engineering, a device that’s already been cloned by many competitors. Apple is rumored to launch 13-inch and 15-inch MacBooks later this year, but until that happens, HP wants to impress you with a new notebook that’s a worthy rival for Apple’s best looking PC yet.

The newly launched Spectre is a 13.3-inch laptop that HP says is the thinnest in the world. It brings over a bold new HP logo, what looks like amazing design, and promises solid performance. The price? About what a MacBook costs.

The Spectre 13.3-inch is just 0.4-inches (10.4 millimeters) thick, slightly bigger than an iPhone 6s, or as thick as an AAA battery. The laptop is weighs 2.45 pounds, and it’s made from both aluminum (hood and body) and carbon fiber (base). There’s also a new hinge design in place that was inspired by cabinet door hinges, as Mashable points out.

Thus, the new Spectre is thinner than the Retina MacBook, which is Apple’s thinnest laptop.

The device promises to offer users a worthy computing experience. Rather than go for a fanless design made possible by Intel’s Core M processor – as is the case of the MacBook – HP chose to offer customers more powerful Core i5 and i7 processors. Other specs include Full HD non-touch display, 8GB of RAM, up to 512GB PCIe SSD, an Intel hyperbaric cooling system, and Bang & Olufsen sound. The laptop packs a four-battery pack arrangement that lets it maximize interior space and offer almost 10 hours of battery life.

When it comes to ports, the Spectre also outdoes the MacBook. The laptop has three USB Type-C ports, two of them ready to support Thunderbolt 3 speeds, and a 3.5mm headphone hack. Any USB Type-C port can be used to charge the laptop, or transfer data.

The laptop will have a starting price of $1,249.99, and will launch online on April 25th, and in Best Buy stores on May 29th. An early video review of the Spectre 13.3-inch model follows below.