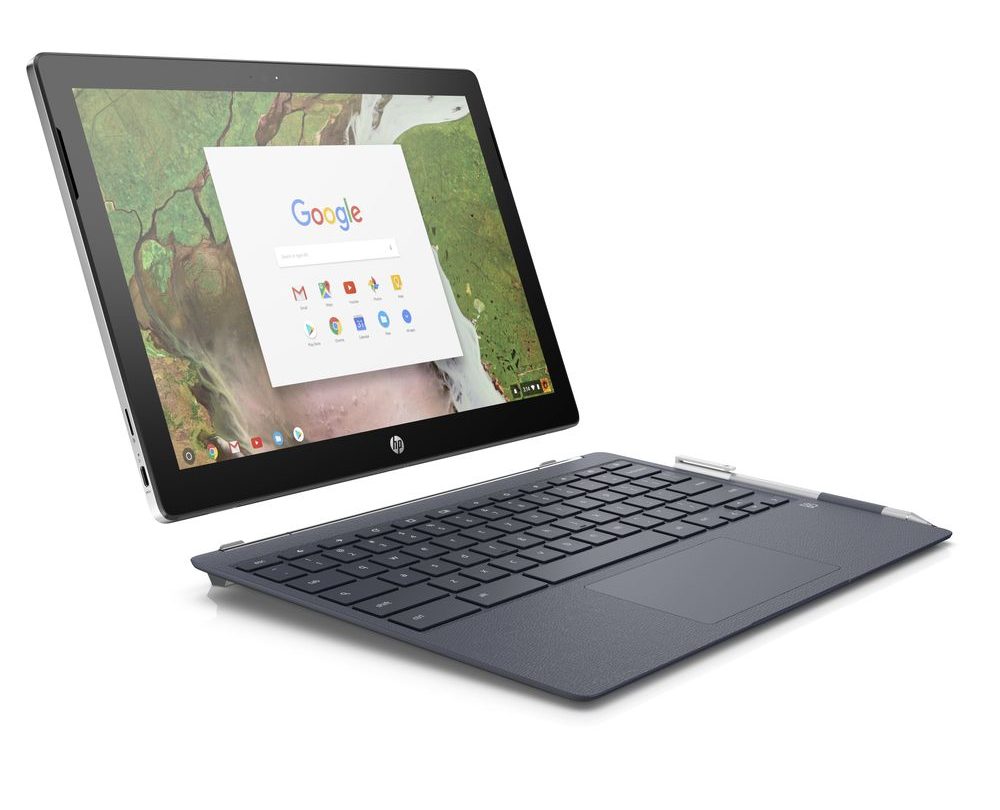 Apple’s iPads have always enjoyed a lack of real competition from other tablets. Although Android tablets have been around for years, no manufacturer has ever cracked a software and hardware integration to really challenge Apple, and the result has been complete iPad dominance of the high-end tablet market.

Android tablets aren’t getting any better, but Google has worked out an alternative strategy: Make its Chrome operating system more touch-friendly, give it the capability to run Android apps, and then stick it in a more mobile form factor. The logical conclusion of these changes was just unveiled by HP, and if the initial specs are anything to go by, the iPad Pro could be in trouble.

The Chromebook x2 is a 12.9-inch tablet/laptop hybrid that comes from the same school of design as Microsoft’s Surface Book. That means you get a touchscreen tablet that contains all the vital components needed to make the computer function, and a sturdy keyboard dock that should feel more like a laptop, and less like the snap-on keyboard for the iPad Pro.

The latter part is actually important, because I find one of the most infuriating things about souped-up tablets is using them to write on the go. Keyboard attachments work great when you’re sitting at a desk, but try to use it on your lap or an airplane tray table, and you’ll understand that there’s a lot to like about the traditional clamshell laptop.

Inside, the HP Chromebook x2 has all the right specs to run the low-resource Chrome OS: Kaby Lake Intel Core m3 processor, a base 4GB of RAM, 32GB of storage, and an unusually nice 2400×1600 screen. There’s also two USB-C ports, a microSD port, headphone jack, and cameras front and back.

The $600 price is certainly high for a Chromebook, but it compares very favourably to the big iPad Pro or any thin-and-light Windows laptop. It’ll be in stores in June.