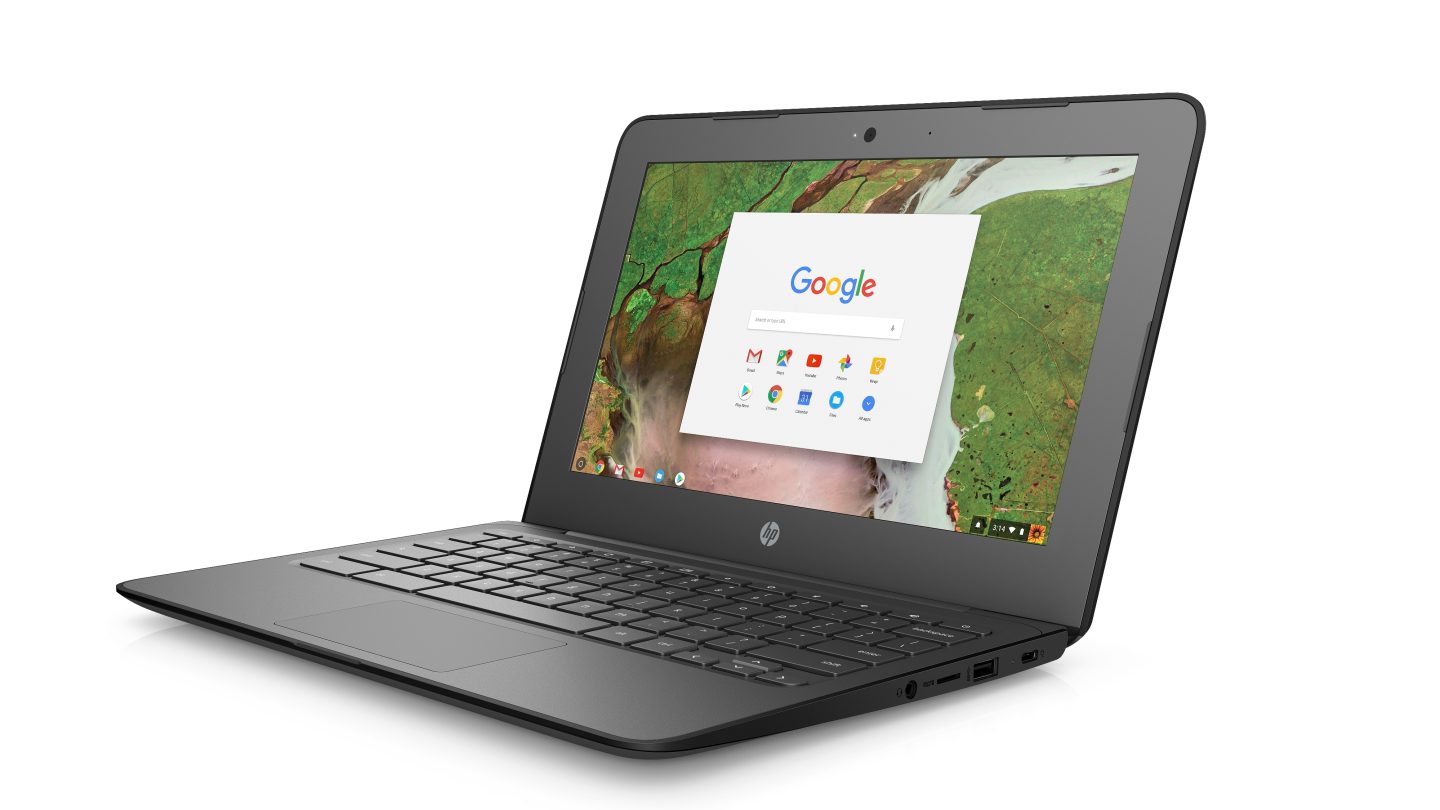 HP has added two new Chromebooks to its lineup, an 11-inch and 14-inch model that look set to become workhorses for anyone needing a cheap PC. Both models have the same internals, the only big difference being the size of the screen, and an HD touchscreen with a 180-degree fold-flat hinge on the 11-inch model.

The Chromebook 14 G5 is basically just a bigger version of the venerable Chromebook 11 G5 that’s been on sale for over a year. It features an Intel Celeron N3350 or N3450 processor, 8GB of memory and 64GB of storage. The specs are in line with, or even a little ahead of, other budget entry-level Chromebooks, and the processor combined with 8GB of RAM should make for efficient web browsing and using internet-based apps and Google Drive services, which is normally what this kind of Chromebook is designed to do. It’s due out in February, and although HP hasn’t released a price yet, somewhere in the region of $250 would match the competition.

The Chromebook 11 G6 is a more education-focused model, with the same internals as the Chromebook 11 G5 but a small bump to the screen design. The Chromebook 11 G6 has the option to add an HD touchscreen display with a fold-flat hinge. It won’t transform into a full tablet, unlike some other more premium Chromebooks, but the option to fold flat makes it more practical for sketching or drawing graphs when you’re taking notes. It has the same Intel Celeron N3350 or N3450 processor, 8GB of memory and 64GB of storage as the G5, and the same release date of February.

Nothing in these new Chromebooks is revolutionary, but nothing really needed to be. HP’s cheap Chromebooks have delivered great performance for a truly budget price for years, and thanks to this spec bump, nothing is set to change in 2018.