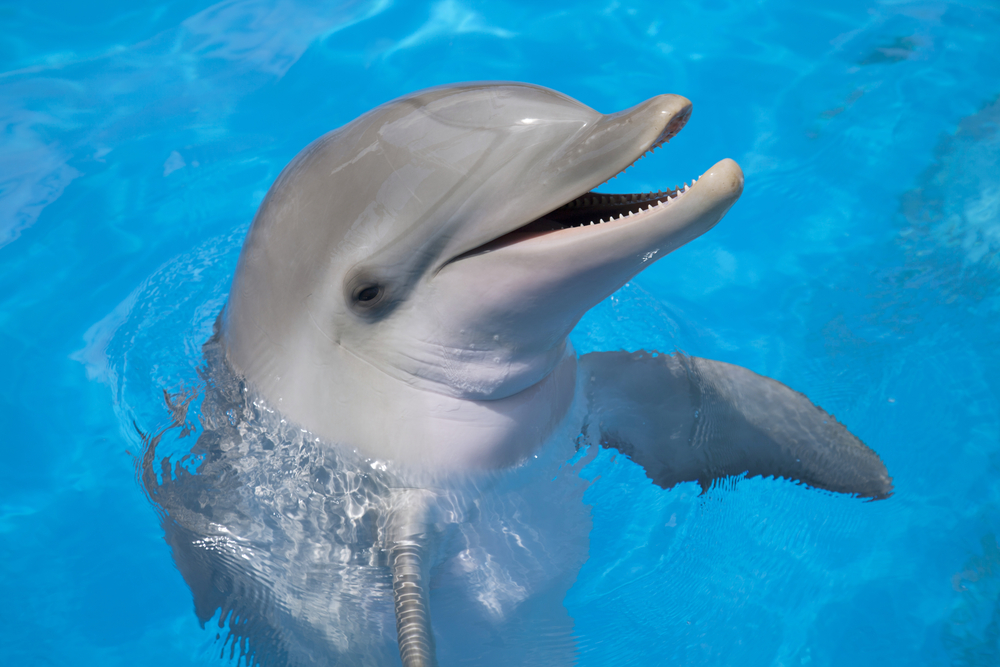 Ever wonder what the world looks like through the eyes of another person? Or how about from the perspective of another species all together? SpeakDolphin, a scientific research organization dedicated to understanding the way dolphins communicate and perceive the world, has produced some images that simulate what dolphins see when they use echolocation to scan the world around them.

FROM EARLIER: Apple’s attempt to stop Spotify has been a spectacular failure

Echolocation, for those of you who don’t know, is the way dolphins send and receive sound waves that give them information about what’s in front of them. It’s essentially a call-and-response mechanism in which the dolphins make sounds that are reflected off objects and back to the dolphins, who can then decipher an object’s size, shape and distance, among other things.

SpeakDolphin used data recorded from dolphins’ echolocation signals to make two-dimensional images of what the dolphins are seeing. It then used photo analysis to estimate when these objects would look like in three dimensions.

“We’ve been working on dolphin communication for more than a decade,” explains Jack Kassewitz, research team leader and founder of SpeakDolphin.com. “When we discovered that dolphins not exposed to the echolocation experiment could identify objects from recorded dolphin sounds with 92% accuracy, we began to look for a way for to see what was in those sounds.”

Here is an image that simulates the way a dolphin sees a human diver, for example:

It’s not the same as having full color vision, obviously, but it’s still incredibly cool what dolphins can perceive just from the reflection of sound waves.

To learn more about this project, check out TalkDolphin’s official webpage here.