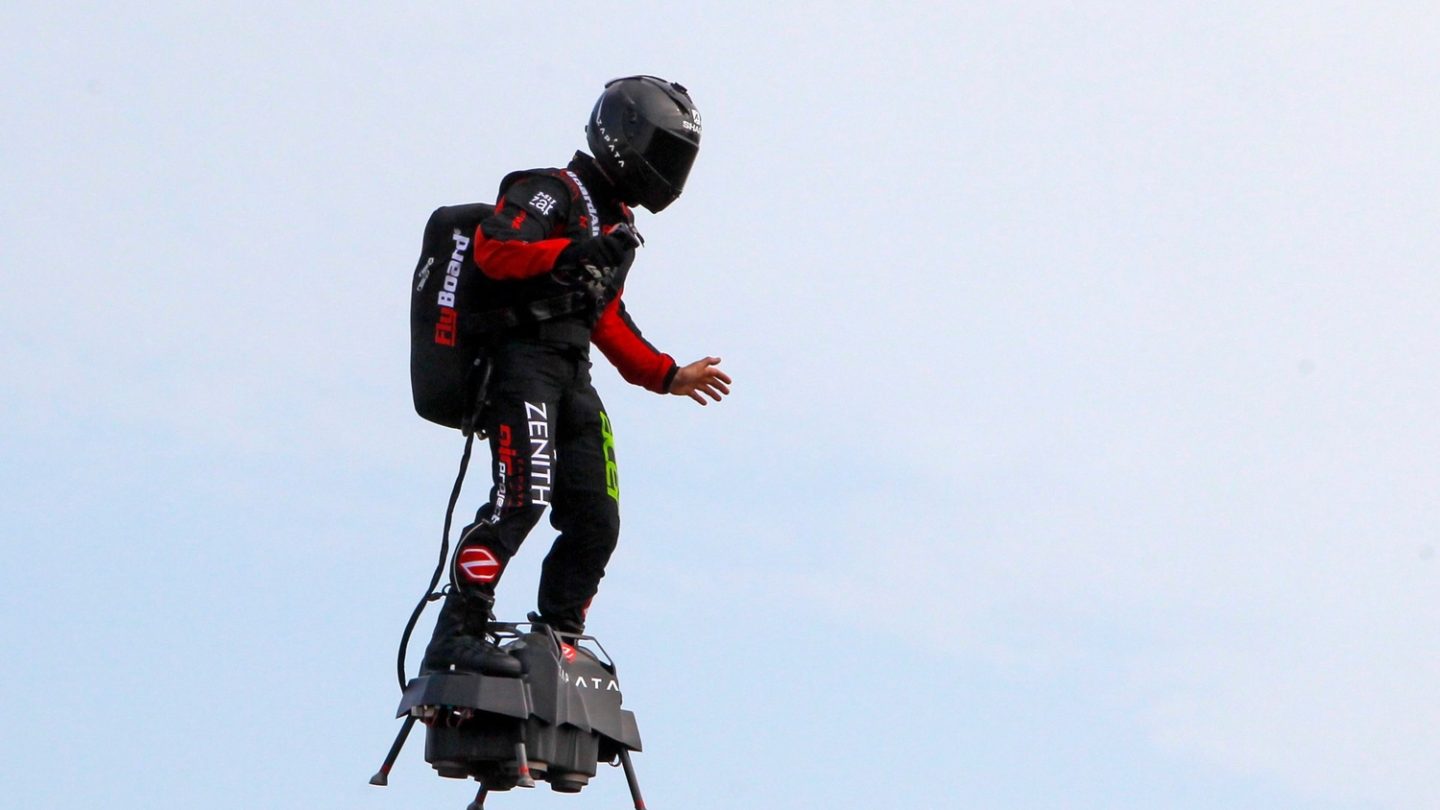 They call him “Le Rocketman,” an affectionate nod to the flying Frenchman Franky Zapata’s ambition to cross the English Channel via a jet-powered hoverboard — something he’s going to try a second time to pull off this weekend after crashing into the water before.

As we previously noted, Zapata crashed on his prior attempt to cross the channel just a few days ago after rocky waves disrupted his attempt to do a quick mid-flight refueling stop. His next attempt, per French media, is set for Sunday.

Zapata has already broken one record, that of the longest hoverboard flight in the world which he set in 2016 after a nearly 7,400-foot-long flight along the French coast. He’s trying to pull off this new feat in honor of the 110th anniversary of the first-ever flight across the channel by a French pilot back in 1909.

Come Sunday, Zapata will embark on a 20-minute flight from Sangatte on the French side of the channel over to St. Margaret’s Bay on the southern coast of England.

As we noted, the turbulent water nixed his plans for a refueling stop last time and caused him to reportedly miss the landing platform by only a few centimeters. Though his planned route this weekend is the same, he’ll be headed to a different refueling station this time — with that stop necessary in the first place, we should add, because his hoverboard (the “Flyboard Air”) only has fuel for around 10 minutes of flight time.

Zapata’s crew is actually going to use a bigger boat for the refueling this time, something French authorities didn’t allow before. As a reminder, Zapata actually invented the hoverboard he’ll be using to traverse the channel, and the French military will presumably be keeping tabs on his progress once again. That’s because they’ve actually expressed an interest in studying how the hoverboard might practically be used in combat, for a totally futuristic kind of “guerre” in the air.