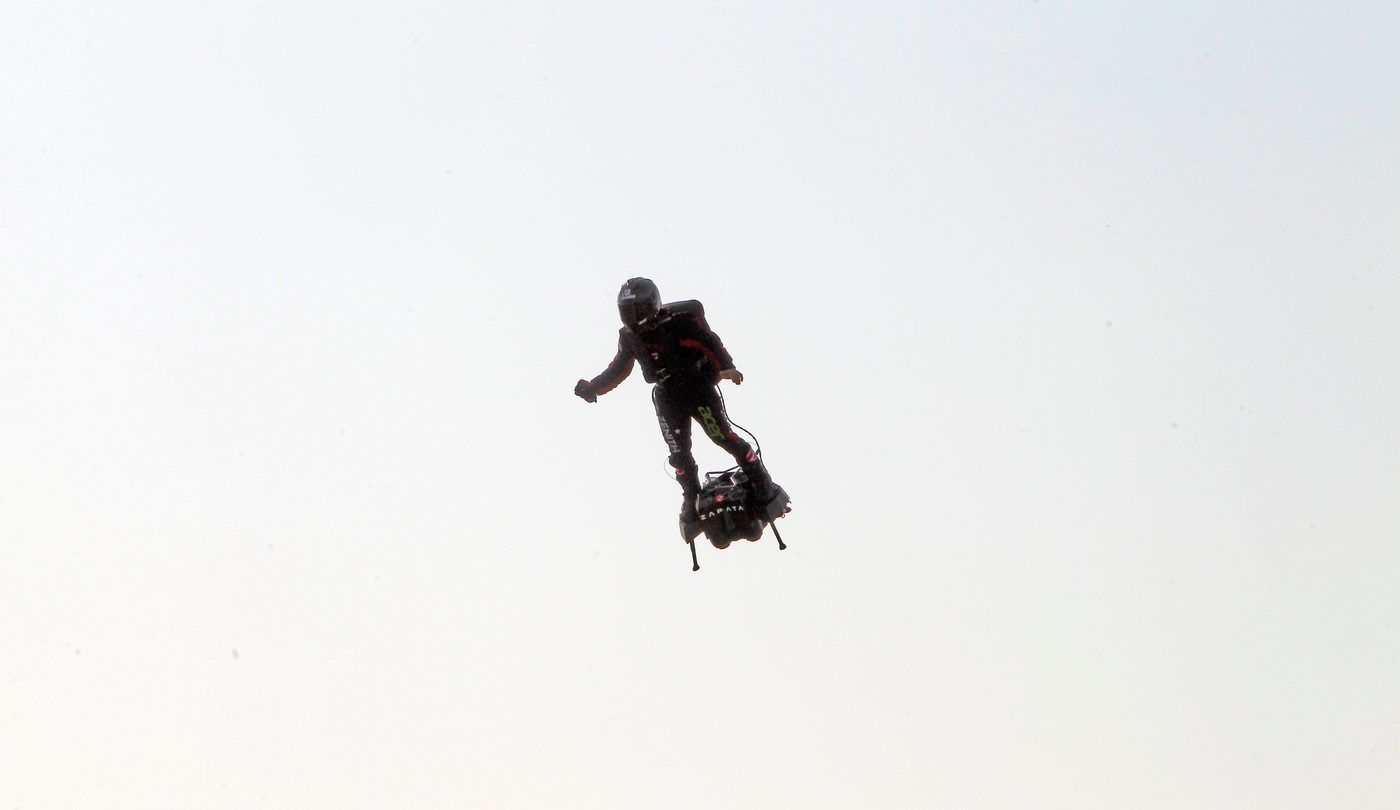 Only a few weeks ago, French inventor and former military reservist Franky Zapata was drawing comparisons to the Green Goblin for the way he flew a hoverboard through Paris during last month’s Bastille Day festivities. Zapata, who invented a jet-powered hoverboard called the Flyboard Air that’s powered by five small engines and steered with a handheld remote control, had bigger ambitions than that for his contraption, though.

His dream: To be the first man to cross the English Channel on a hoverboard. He took off this morning from near the town of Calais, while onlookers watched, held their breath and waited to see if he’d make it across to St. Margaret’s Bay on the English coast (Narrator: He didn’t).

Zapata had hoped to make the crossing in honor of the 110th anniversary of the first-ever flight across the channel by a French pilot back in 1909. Zapata even took off Thursday from a beach named after that pilot, Louis Bleriot.

His crash came about as a result of having to make a single stop at the halfway point of his crossing so he could refuel his hoverboard. He was meant to land on a platform in the middle of the channel, but the waves made it rock so much that Zapata was unable to land on it and ended up in the water. Perhaps most heartbreaking, Zapata reportedly missed landing on the platform by only a few centimeters.

He was rescued by French divers, according to his wife Christelle Zapata who told The Associated Press that failures like this are to be expected when inventing something and that Zapata “will do it again. He never sits back after a failure.” Also keenly watching his effort, in addition to the general public, was the French military, believe it or not. They’ve actually expressed an interest in studying how the hoverboard might practically be used in combat, just because this story wasn’t already extraordinary enough.