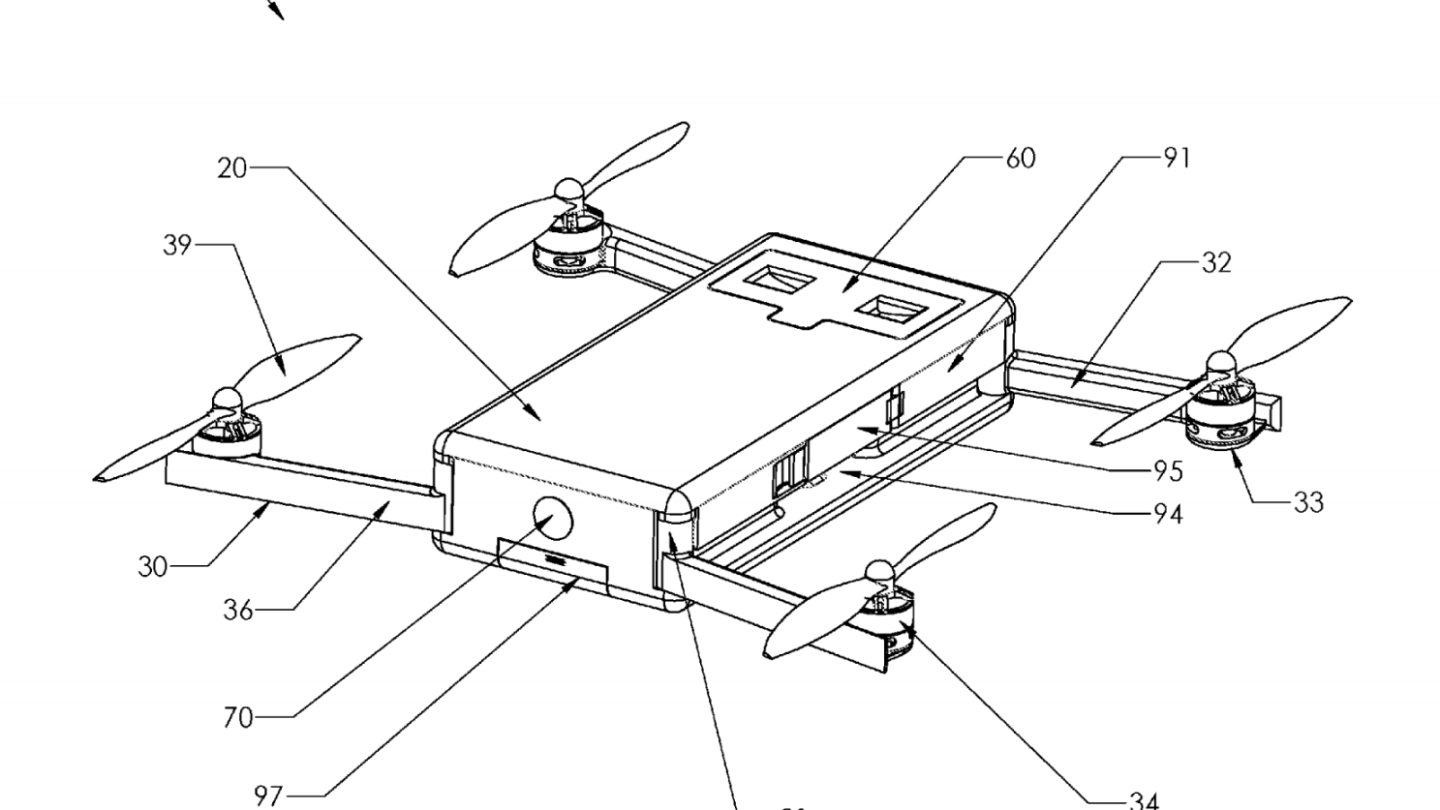 That GoPro has a drone in the works is not a secret. The company has confirmed its plans to release a consumer drone, and even unveiled some footage from it. But we still have no idea what it looks like or when it will be released.

PatentYogi has unveiled a patent application that might shine some light on the drone’s design. They found a patent published last week, filed by a GoPro employee who works on drones. If this is GoPro’s drone (and that’s a big if), it’s like nothing else on the market today.

The patent details something called the “QuadBox”, a rectangular box with struts and propellers that fold out for flying. Unsurprisingly, there’s a GoPro mount on the top of the chassis. The patent uses the example of a rectangular box, but also has options for a spherical or cylindrical mount.

Putting all the internals in one central, protected case is a design departure from the norm, but it would actually make sense for GoPro. The company has made its name designing cameras that you can take anywhere, and it’s easy to see them going the same way with a drone.

Trying to carry a DJI Phantom up a technical mountaineering route or deep into the jungle is hard — drones are big, unwieldy and delicate. A drone that is reasonably rugged and folds into a box? That would be far easier to take to faraway places, which at heart is what GoPro is about.