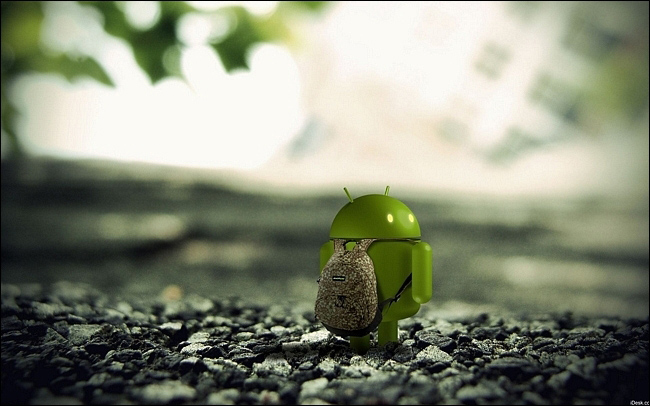 Today, Google’s Android platform and Apple’s iOS platform dominate the mobile landscape. It’s difficult to imagine that ever changing considering how far behind other platforms are at this point, but people said the same thing more than a decade ago when operating systems like Symbian and Windows Mobile ruled the world. Things change and what goes up must come down. What’s interesting, however, is that major Android vendors are already starting to prepare for life after Android despite the platform’s strong position at the moment.

MUST READ: Why the boring iPhone 7 is the smartest thing Apple has done in years

According to market research firm Gartner, Android’s worldwide smartphone market share was 84.1% in the first quarter of 2016. The next closest platform was iOS at just 14.8%, which was down from 17.9% in the same quarter a year earlier. No other mobile platform had a market share that even reached the single digits of a percent — Microsoft’s Windows Mobile/Phone was closest at a pathetic 0.7%

In other words, it’s Android’s world and we just live in it.

Despite Android’s firm grasp on the smartphone and wider mobile markets, the platforms biggest partners are also working toward someday abandoning the platform. Samsung, the world’s biggest Android vendor by a massive margin, has developed its own open source Tizen operating system and it sells phone models that run Tizen in a few regions. Now, a new report reveals that Huawei is following suit.

Huawei was the third-largest smartphone vendor in the world in the first quarter of the year, with estimated handset shipments that totaled 28.7 million units. According to The Information, Huawei has a team of engineers that is currently beginning to build a new mobile operating system. Details are scarce for the time being but the report says that this small team is based in Scandinavia and it includes some former Nokia engineers. Hopefully it’s not the same team that built MeeGo.

This is absolutely something that Google needs to keep an eye on. The company’s two biggest Android partners are now both taking steps to dial back their reliance on Google’s mobile platform, and perhaps someday abandon it entirely.