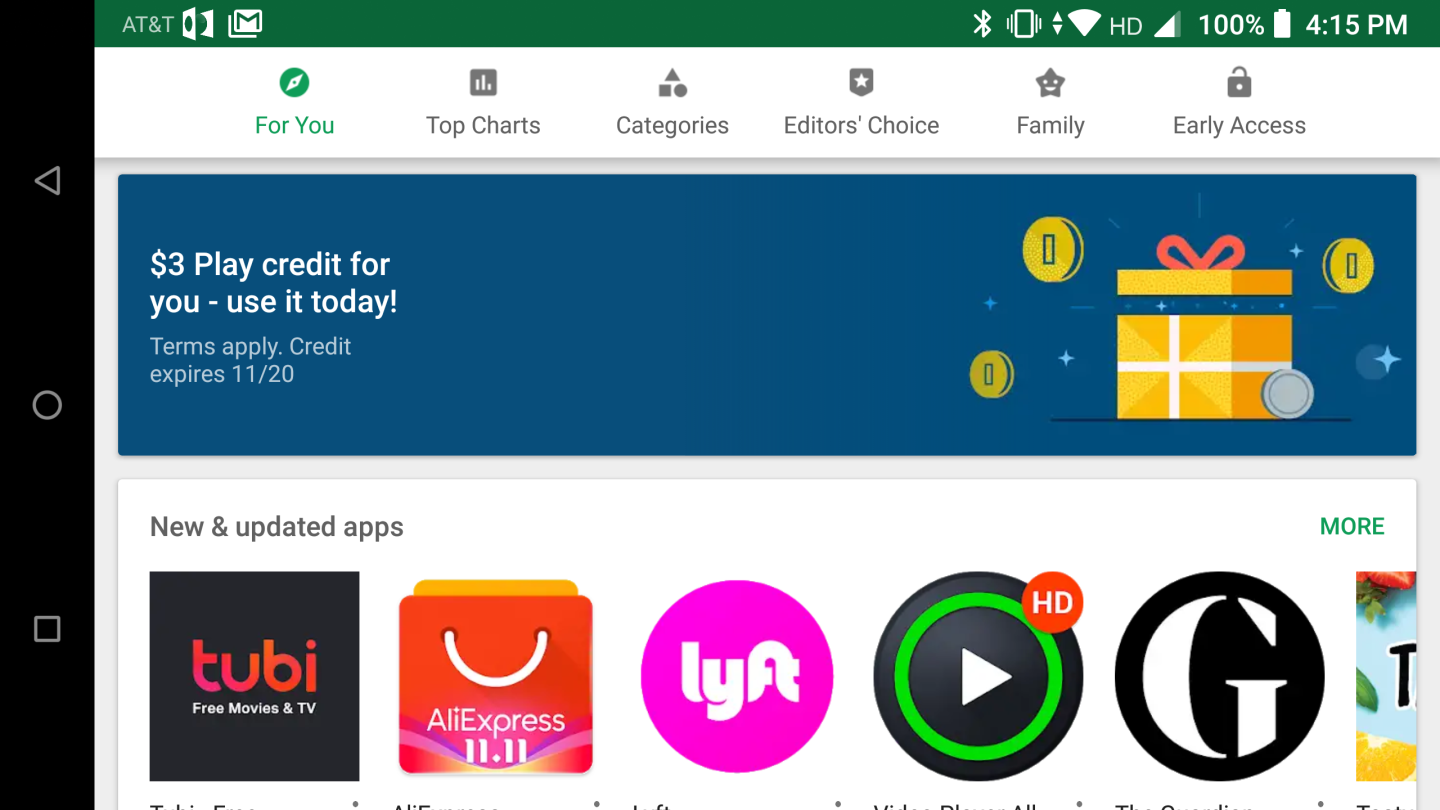 With the holidays coming up, everyone is looking for ways to save money, which is why some Android users were pleasantly surprised on Monday to find a few free dollars of Google Play store credit in their accounts. Android Police reports that it has received several messages from readers (as well as from colleagues working for the site) claiming that they opened the Google Play app only to discover they had been credited a few dollars.

According to Android Police, you can check to see if you’ve received the credit by opening the Play store and scrolling down past the first section of app suggestions. If you’re lucky, you’ll see a banner offering a $2, $3, or $5 credit. That $2 credit appears to be specifically for users who purchased a Pixel 3 or Pixel 3 XL.

Once you accept the free credit, you’ll be able to spend it on any app or game available on the Google Play store. If you have a Pixel 3 or Pixel 3 XL, you only have until November 30th of this year to use the credit, but everyone else’s credit should be good through the end of November in 2020 — a full two years. I managed to snag $3 from the store myself, which Google says I can use any time between now and November, 2020. 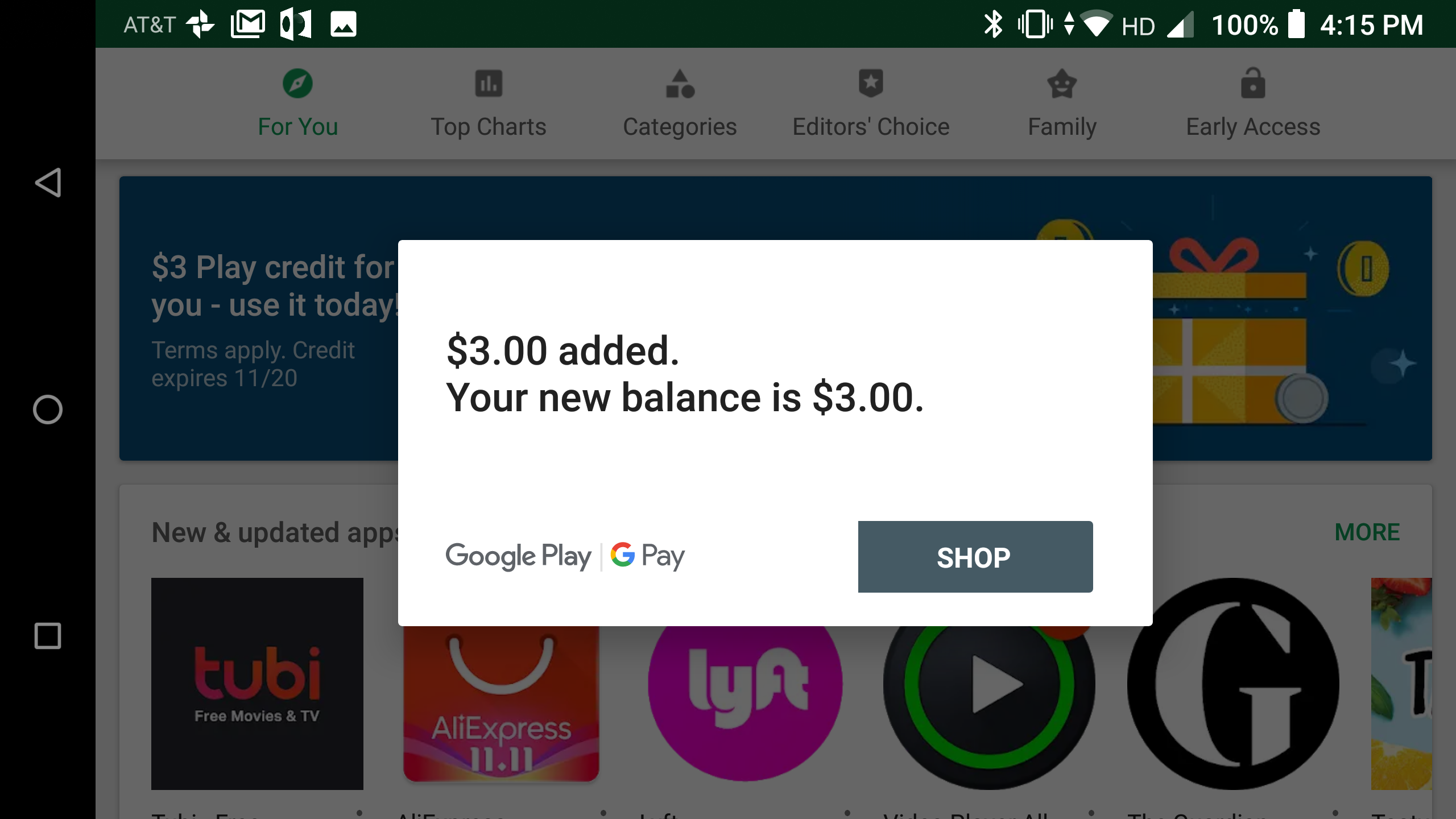 It’s unclear why this promotion is happening right now, but they say you shouldn’t look a gift horse in the mouth. It’s also unclear who exactly qualifies for this offer, though it seems to be relatively widespread. If you own any Android device, it can’t hurt to scroll down and see if you are one of the lucky ones.