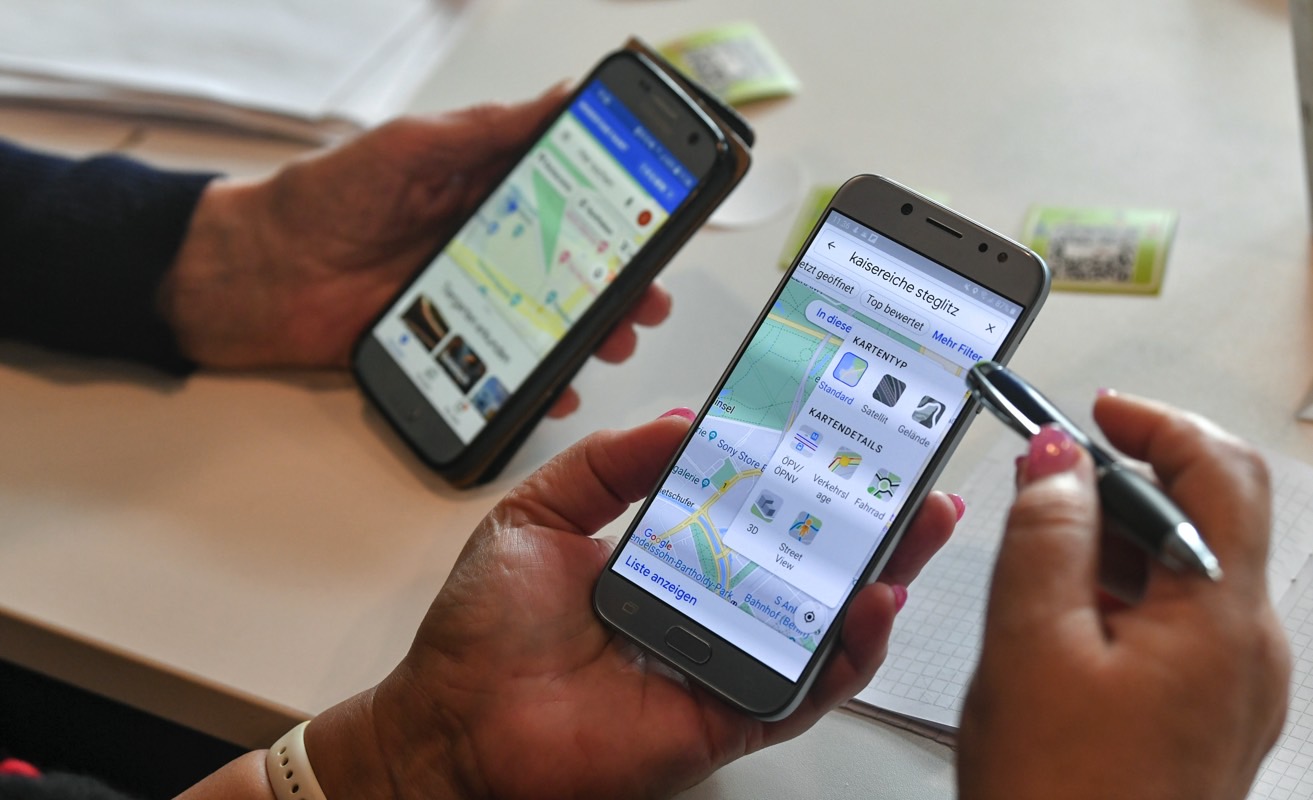 Google Maps is really simple to use, even compared to other navigation apps. Just fire up the app, and Google will show you where you are on the map. From there, you can browse your surroundings, perform searches for specific places, and plot a course towards your next destination.

If you have a hard time working out the 2D map, there’s another cool feature in Google Maps that lets you explore the map through the lens of your phone. That way, you get to see the world around you with directions showing up on the screen in this augmented reality (AR) version of Maps. Called Live View, the feature lets you navigate your surroundings in a way that makes more sense than looking at a 2D map. Live View will work even better on AR glasses of the future, but until then, you can enjoy it on your current phone. Even better, the Maps’ AR feature now can offer an extra benefit, as it allows the app to calibrate your current location and orientation.

As easy to use Google Maps might be, the app is only as good as your GPS signal. There are plenty of scenarios where the app can fail to locate you once you open it, and then it’s useless. Google is well aware of the GPS issues that can appear in dense urban environments, and that’s where Live View calibration can help.

That tiny blue dot that appears on the map is your location, and it always shows your orientation, knowing which way is the front. The narrower the beam, the more accurate the orientation is. But the blue dot can malfunction if the GPS signal can’t reach your device correctly. You can always choose to calibrate Maps, which usually involves rotating the phone in a “figure 8” pattern. But Google has something even better in mind.

By leveraging the large amount of Street View data that Google already has access to, Live View can actually tell Google Maps where you are even when GPS isn’t accurate. Live View uses your camera to capture images of what’s around you so that it can offer AR navigation and show your destination on top of a live view of your surroundings. But the same data can tell Maps where you’re located and reveal your orientation.

Tapping on the blue circle will open a full-screen menu on Android that gives you the option to Calibrate with Live View. The feature has just rolled out to Android devices that are compatible with Google’s ARCore, and that run the latest stable and beta versions of Maps, per 9to5Google. The feature isn’t out on iPhones for now, but it’ll probably be available down the road.

The feature will launch the same camera UI you normally see in Live View, and you’ll be located in a few seconds. Once that’s done, the beam will be replaced with a solid arrow that will make your orientation clear. 9to5Google says that once you’ve completed the calibration, your location should be highly accurate, and the dot will not jump around on the map. But you can reuse Live View to calibrate Maps at any point after that if Maps fails to detect your location accurately.