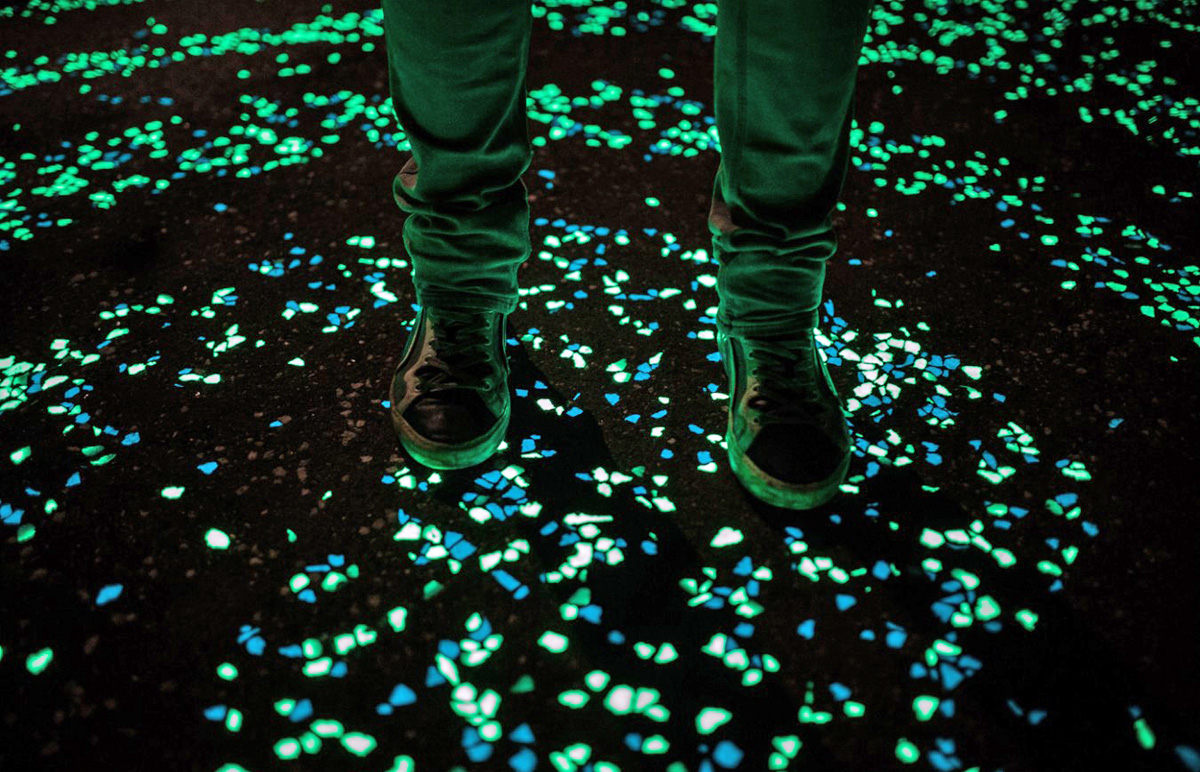 We live in an exciting time for so many reasons, but the progress being made toward decreasing our dependency on fossil fuels is certainly high on the list. The shift toward electric cars has been projected by several studies to have a dramatic impact on the amount of gasoline the world consumes over the next few decades. Meanwhile, great strides are being made in other areas as well — wind farms are growing more efficient and recent breakthroughs could double the amount of power generated by solar panels.

Elsewhere, developments surrounding technologies that utilize phosphorescent materials could further decrease our dependency on fossil fuels. One intriguing example utilizes glow-in-the-dark materials mixed in with cement that could illuminate walkways at night.

Researchers in Mexico from the Michoacan University of San Nicolás de Hidalgo have created a new cement mixture that may lead to walkways, roads and even buildings that illuminate themselves without any need for manmade energy sources. The research consists of a standard cement mixture that also includes phosphorescent materials. The phosphorescent element absorbs sunlight during the day and then glows at night, illuminating paths for pedestrians, cyclists and perhaps even automobiles.

According to the researchers, the special cement can absorb enough sunlight even on a cloudy day to remain lit for up to 12 hours.

“By using additives, scientists are able to prevent the formation of crystals that occur normally during the production of cement, creating a material with a noncrystalline structure—similar to glass—that allows passage of light inside,” Scientific American wrote. “Varying the proportion of additives added while manufacturing the cement regulates both its luminescent intensity and color—so as not to dazzle drivers, if used on roads, for example.”

The special phosphorescent cement is manufactured just like regular cement, though the researchers noted that the addition of phosphorescent materials does change the structure of the finished product. As a result, this glowing cement would likely only be used as a coating material on top of other surfaces such as standard cement.

Science Alert notes that there are also still some hurdles to overcome before the phosphorescent cement is ready for commercial applications. For example, the researchers are still studying the best way to repair the cement when it gets damaged.